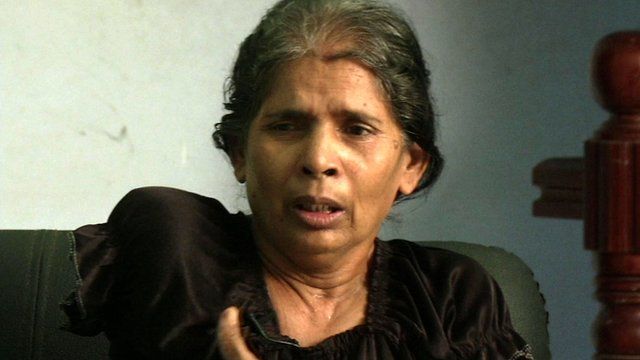 The Indian maid who alleges she had her arm chopped off by her employer in Saudi Arabia has spoken to BBC Newsnight in an exclusive TV interview.

Kasturi Munirathinam describes the moment of the attack – and calls for India to ban migration for work to Saudi Arabia.

“No-one should go to that place. They are torturing us,” she said.

The case has raised wider concerns about the treatment of domestic workers in Saudi Arabia.

Newsnight asked the Saudi Arabian government for comment but they declined. A police spokesman disputed the account in October.