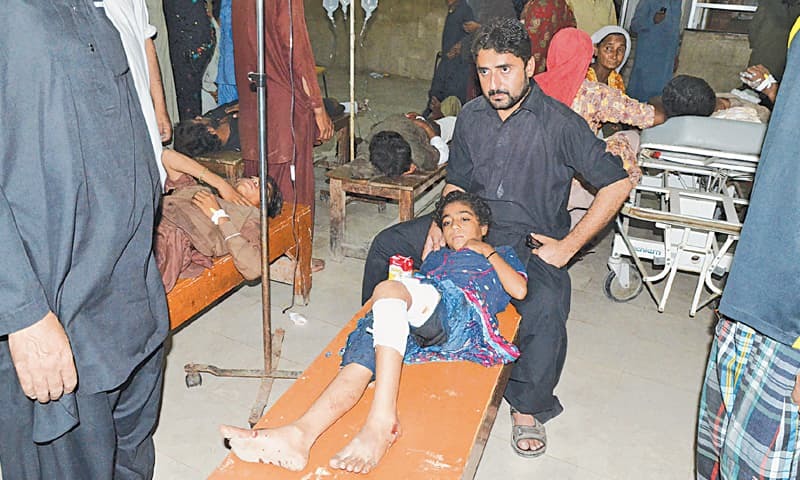 A powerful suicide blast ripped through a Muharram procession in Lashari Muhalla in Jacobabad, at least killing 28 people, mostly children, and injuring more than 40 others on Friday.

While the processions taken out to pay homage to martyrs of Karbala concluded peacefully in major cities and towns, the carnage in Jacobabad which followed a similar tragic incident in the Bolan district of Balochistan a day earlier marred the performance of law-enforcement agencies which had made adequate security arrangements across the country.

According to sources, the mourning procession was returning from Shershah-Jo-Per to Quetta Road in Lashari Muhalla of Jacobabad when the suicide attack took place.

In was the second deadliest bombing in upper Sindh in recent months.

On Jan 30, an explosion at a Shia mosque in Shikarpur killed 61 people and injured over 60 others. Jundullah, an alias of the ASWJ (SSP) and Tehreek-i-Taliban Pakistan, had claimed responsibility for the attack.

PPP government in Sindh has given free hand to banned Deobandi terrorist outfit ASWJ (Sipah-e-Sahaba) and is also facilitating the growth of Deobandi and Salafi/Ahle Hadith madrassas in Sindh. Increasing Deobandization and Wahhabization means more attacks on Sunni Sufis, Shias, Hindus and other indigenous communities.

As noted by AI:

“The only religious gathering where you will see Ali Raza, Ayesha, and Moti Lal martyred together will be a majlis of Imam Hussain.”

However, Takfiri Deobandis of Sipah-e-Sahaba Pakistan (SSP aka ASWJ) and Taliban (TTP) are enemies of not only Imam Hussain but also his followers in Sunni, Shia, Hindu, Christian and other communities.

At the same time, it is shameful to see a few fake atheists/liberals (camouflaged Deobandis/Salafis) justifying or obfuscating Deobandi terrorism against Shia, Sunni, Ahmadi, Christian, Hindu and all other communities.

Some of Pakistan’s Sufyani-Ashrafi liberals and “civil society” types often disguise their sectarian bigotry but when it comes to bashing the Ashura and Muhurrum traditions, out comes the venom. In the sectarian worldview of these disguised bigots, the idea of Sunni, Shia and Hindu children and youth being killed for jointly attending the commemoration of Imam Hussain, is an anathema!

These 28 victims whose names have been provided by the Shaheed Foundation were killed when a Takfiri Deobandi suicide bomber from ASWJ-LeJ attacked a Muhurram procession in Jacobabad, Sindh just a week ago (24 October 2015).

28 people, mostly women and children and belonging to Pakistan’s diverse religious and denominational backgrounds were killed. Many people were deeply saddened. However, the outrage amongst the elitist (fake) liberal classes at this horrific event was typically muted. 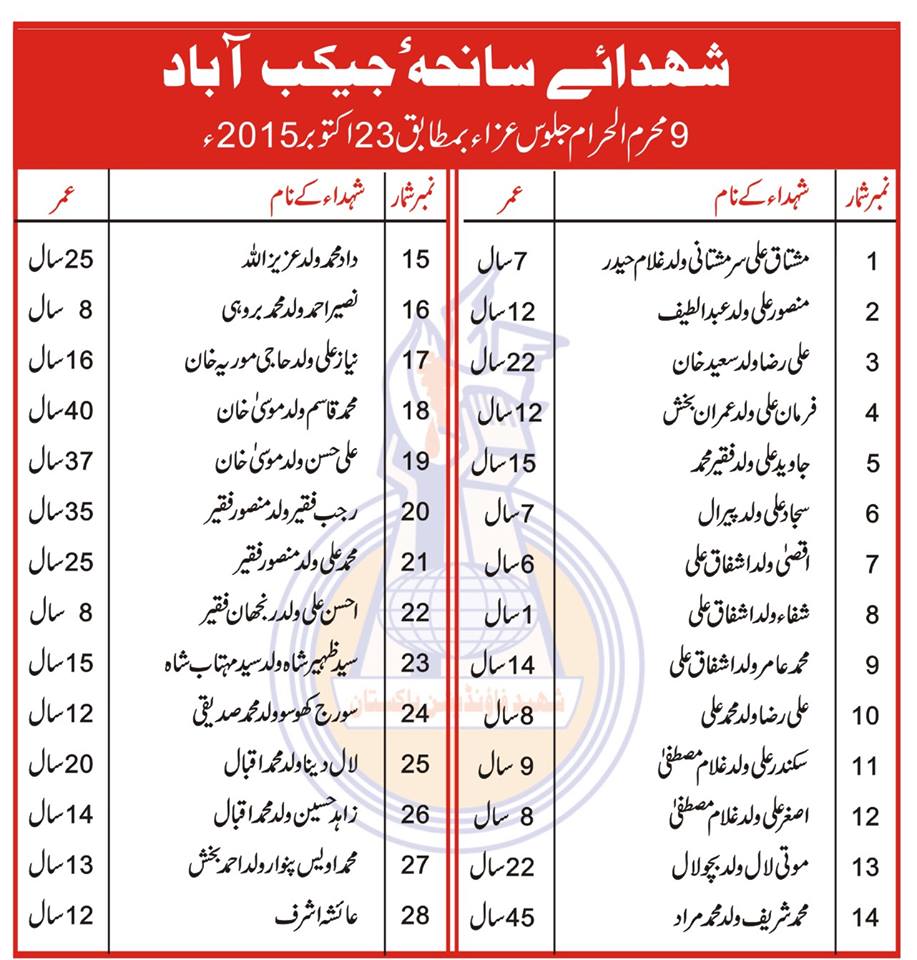 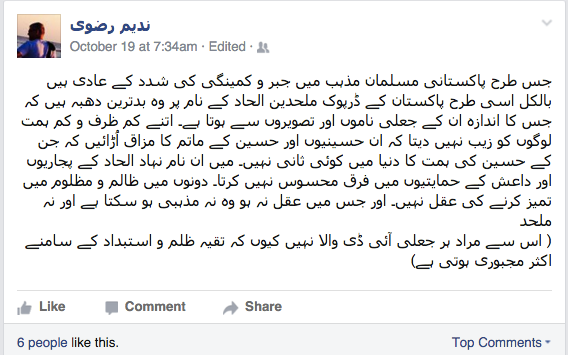 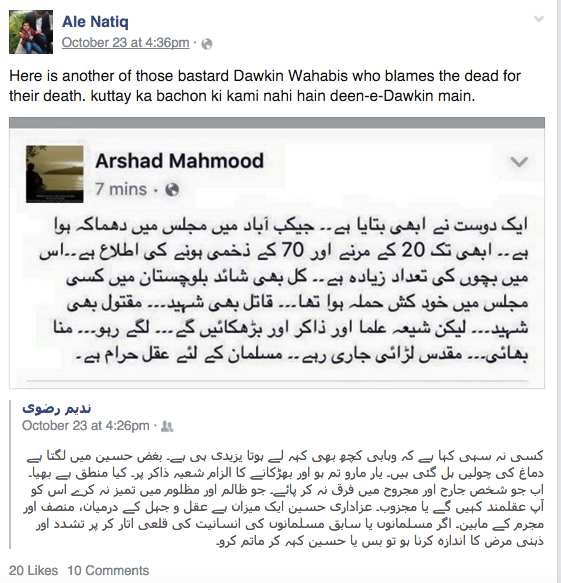 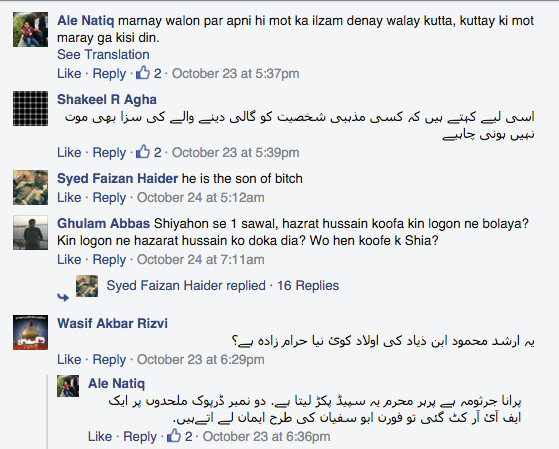 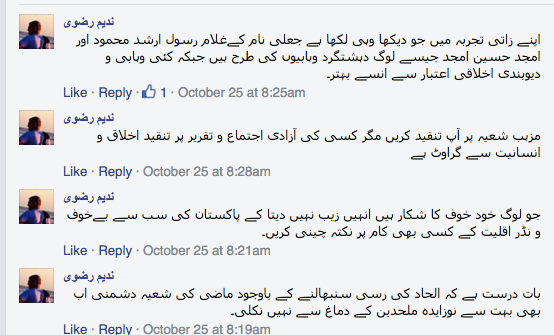 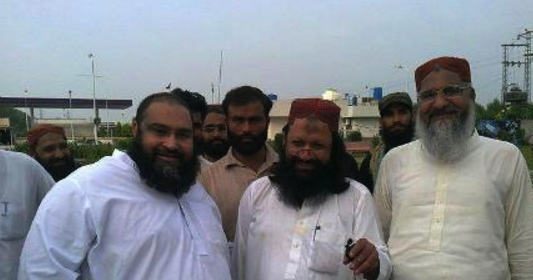 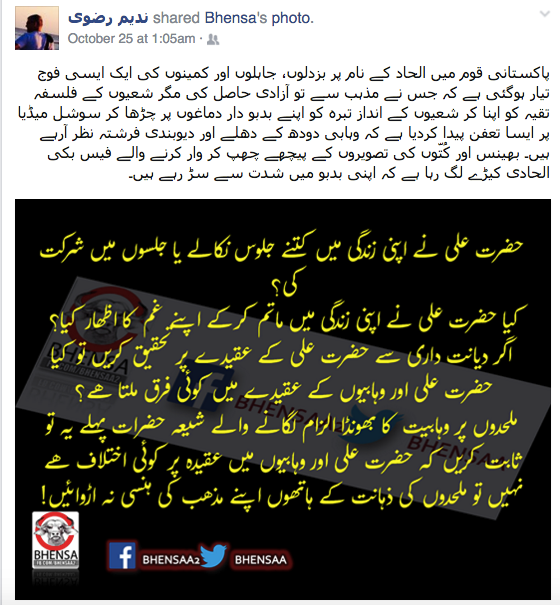