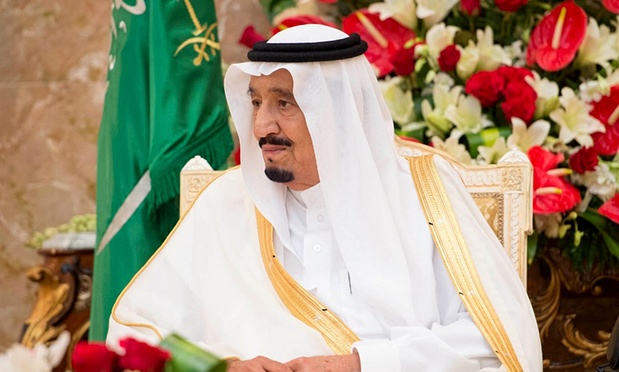 A senior Saudi prince has launched an unprecedented call for change in the country’s leadership, as it faces its biggest challenge in years in the form of war, plummeting oil prices and criticism of its management of Mecca, scene of last week’s hajj tragedy.

The prince, one of the grandsons of the state’s founder, Abdulaziz Ibn Saud, has told the Guardian that there is disquiet among the royal family – and among the wider public – at the leadership of King Salman, who acceded the throne in January.

The prince, who is not named for security reasons, wrote two letters earlier this month calling for the king to be removed.

“The king is not in a stable condition and in reality the son of the king [Mohammed bin Salman] is ruling the kingdom,” the prince said. “So four or possibly five of my uncles will meet soon to discuss the letters. They are making a plan with a lot of nephews and that will open the door. A lot of the second generation is very anxious.”

“The public are also pushing this very hard, all kinds of people, tribal leaders,” the prince added. “They say you have to do this or the country will go to disaster.”

A double tragedy in Mecca – the collapse of a crane that killed more than 100, followed by a stampede last week that killed 700 – has raised questions not just about social issues, but also about royal stewardship of the holiest site in Islam.

As usual, the Saudi authorities have consistently shrugged off any suggestion that a senior member of the government may be responsible for anything that has gone wrong.

Local people, however, have made clear on social media and elsewhere that they no longer believe such claims.

“The people inside [the kingdom] know what’s going on but they can’t say. The problem is the corruption in using the resources of the country for building things in the right form,” said an activist who lives in Mecca but did not want to be named for fear of repercussions.

“Unfortunately the government points the finger against the lower levels, saying for example: ‘Where are the ambulances? Where are the healthcare workers?’ They try to escape the real reason of such disaster,” he added.
Pilgrims circle counterclockwise Islam’s holiest shrine, the Kaaba, at the Grand Mosque in Mecca.
Pilgrims circle the Kaaba shrine in Mecca where more than 700 died during a stampede at the annual hajj pilgrimage. Photograph: Mohammed Al-Shaikh/AFP/Getty Images

Saudi religious and political legitimacy is predicated on their claim that they manage the holy sites properly and make them safely accessible for all Muslims. Since there are no monarchies in Islam and Saudi Arabia itself is not mentioned in the Qur’an, legitimacy is a fundamental issue for the Saudis and the Hajj disasters have been extremely damaging.

But just as urgent is oil, the price of which has dropped more than 50% in the past year. On Monday, the Financial Times reported that Saudi Arabia has withdrawn as much as $70bn (£46bn) from overseas investment funds to shore up its fiscal position in the face of tumbling oil prices

According to Alastair Newton, director of Alavan Business Advisory, Saudi Arabia’s published budget this year was based on oil trading at about $90 a barrel. But because of costly ad hoc items such as royal largesse after King Salman’s succession, the war in Yemen, and domestic security against the Isis threat, the fiscal position is only in balance at about $110.

With oil now trading below $50, fiscal weakness is starting to tell. The Saudi benchmark Tadawul All Share index has fallen by more than 30% in the past 12 months.

“They have enough reserves to sustain this situation for at least one year although it is very costly for them,” said Khairallah Khairallah, a former managing editor of the Saudi-owned al-Hayat newspaper.

The International Monetary Fund is already predicting Saudi Arabia’s budget deficit to exceed $107bn this year. Yet the budget announced for next year has marginally increased.

“The king is in charge of oil policy in the kingdom together with his son Mohammed bin Salman. Mohammed bin Salman is also responsible for [state oil firm] Aramco. The crown prince [Mohammed bin Nayef] is mainly focused on security. These are the main players in Saudi Arabia. They divide the responsibility,” said Khairallah Khairallah.

Prince Mohammed bin Salman is a new arrival to the Saudi senior leadership team but has already become one of the most controversial.

Although still very young by Saudi standards – officially 35 but rumoured to be much younger – he holds a multitude of posts including minister of defence and chair of the Council for Economic and Development Affairs, which is the country’s main economic policymaking committee.

This makes him responsible for many of Saudi Arabia’s problems, above all the war in neighbouring Yemen, where rebel Houthis have come under attack from Saudi aircraft and ground forces.

Many Saudis are sickened by the sight of the Arab world’s richest country pummelling its poorest, and as the cost in lives and treasure grows, criticism is mounting that Prince Mohammed bin Salman– whose unofficial nickname is “Reckless” – rushed in without a proper military strategy or an exit plan.

“This is a war against the Yemeni nation and against Yemen becoming independent,” said Sgt Maj Dakheel bin Naser Al Qahtani, a former head of air force operations at King Abdulaziz airbase, Dhahran, who defected from the Saudi armed forces last year.

“It has no legitimate political foundation and it is not what the people want,” he said. “Ninety per cent of people in Saudi Arabia don’t want this to happen, exactly the opposite of what the media shows.

“It has come about due to the absence of a national citizens’ establishment in Saudi Arabia and because Al Saud have put their own interests ahead of the national interest.”