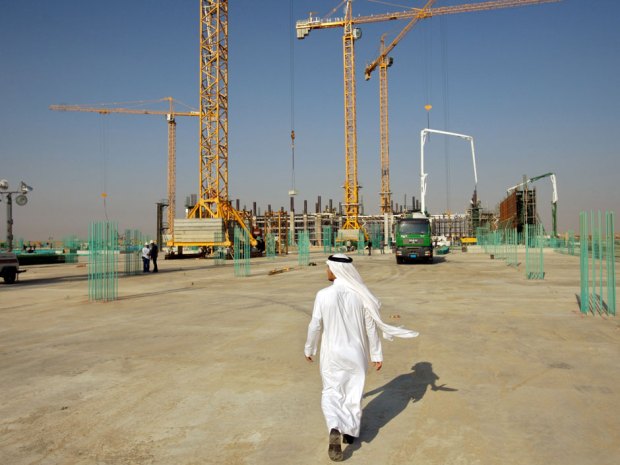 If the oil futures market is correct, Saudi Arabia will run into trouble within two years. It will be in existential crisis by the end of the decade.

The contract price of U.S. crude for delivery in December 2020 is currently US$62.05, implying a drastic change in the economic landscape for the Middle East and petro-states.

The Saudis took a huge gamble last November when they stopped supporting prices and opted instead to flood the market to drive out rivals, boosting output to 10.6m barrels a day (b/d) into the teeth of the downturn. Bank of America says the Organization of the Petroleum Exporting Countries (OPEC) is now “effectively dissolved.”

If the aim was to choke the U.S. shale industry, the Saudis have misjudged badly.

“It is becoming apparent that non-OPEC producers are not as responsive to low oil prices as had been thought, at least in the short run,” said the Saudi central bank in its latest stability report.

One Saudi expert was more blunt. “The policy hasn’t worked and it will never work,” he said.

By causing the oil price to crash, the Saudis and their Gulf allies have certainly killed off prospects for a raft of high-cost ventures in the Arctic, the Gulf of Mexico, the waters of the mid-Atlantic and the Canadian oilsands.

The policy hasn’t worked and it will never work

The problem for the Saudis is that U.S. shale frackers are not high cost. They are mostly mid cost, and as I reported from the CERAWeek energy forum in Houston in April, experts at IHS think shale companies may be able to shave those costs by 45 per cent this year — and not only by switching tactically to high-yielding wells.

Advanced pad drilling techniques allow frackers to launch five or 10 wells from the same site. Smart drill-bits with computer chips can seek out cracks in the rock.

“We’ve driven down drilling costs by 50 per cent, and we can see another 30 per cent ahead,” said John Hess, head of the Hess Corporation.

The North American rig count has dropped to 664 from 1,608 in October, but U.S. output rose to a 43-year high of 9.6 million b/d in June. It has only just begun to roll over. “The freight train of North American tight oil has just kept on coming,” said Rex Tillerson, head of Exxon Mobil.

The stress test for frackers will come in the next few months as hedge contracts expire. But even if scores of over-leveraged wild-catters go bankrupt, it will not do OPEC any good.

The wells are still there. The technology and infrastructure are still there. Stronger companies will mop up on the cheap, taking over the operations. Once oil climbs back to US$60 or even US$55 — since the threshold keeps falling — they will crank up production almost instantly.

OPEC now faces a permanent headwind. Each rise in price will be capped by a surge in U.S. output. The only constraint is the scale of U.S. reserves that can be extracted at mid-cost, and these may be huge. Scott Sheffield, from Pioneer Natural Resources, said the Permian Basin in Texas could alone produce 5 million to 6 million b/d in the long term, more than Saudi Arabia’s giant Ghawar field.

Saudi Arabia is effectively beached. It relies on oil for 90 per cent of its budget revenues. Citizens pay no tax on income, interest or stock dividends. Subsidized petrol costs 12 cents a litre. Spending on patronage exploded after the Arab Spring as the kingdom sought to smother dissent.

The International Monetary Fund estimates that the budget deficit will reach 20 per cent of GDP this year, or roughly US$140 billion. The “fiscal break-even price” for oil is US$106.

Far from retrenching, King Salman has given away US$32 billion in a coronation bonus for all workers and pensioners. He has launched a costly war against the Houthis in Yemen and is engaged in a massive military build-up.

The Saudi royal family sees itself as leader of the Sunni cause against a resurgent Iran, battling for dominance in a struggle across the Middle East.

“Right now, the Saudis have only one thing on their mind and that is the Iranians,” said Jim Woolsey, former head of the U.S. Central Intelligence Agency.

Money began to leak out of Saudi Arabia after the Arab Spring, with net capital outflows reaching 8 per cent of GDP annually even before the oil price crash. The country has since been burning through foreign reserves at a vertiginous pace. The reserves peaked at US$737 billion in August of 2014. They dropped to US$672 billion in May. At current oil prices they are falling by at least US$12 billion a month.

Khalid Alsweilem, a former official at the Saudi central bank and now at Harvard, said the fiscal deficit must be covered almost dollar for dollar by drawing down reserves.

The Saudi buffer is not large. Qatar, Kuwait and Abu Dhabi all have three times greater reserves per capita.

“We are much more vulnerable. That is why we are the fourth rated sovereign in the Gulf at AA-. We cannot afford to lose our cushion over the next two years,” Alsweilem said. “We were lucky before because the oil price recovered in time. But we can’t count on that again.”

OPEC has left matters too late. It was a strategic error to hold prices so high for so long, allowing shale frackers — and the solar industry — to come of age.

The Saudis are now trapped. Even if they could do a deal with Russia and orchestrate a cut in output to boost prices, they would merely gain a few more years of high income at the cost of more shale breakthroughs. Yet on the current course their reserves may be down to US$200 billion by late 2018. The markets will react long before this.

The government can slash investment spending as it did in the mid-1980s, but in the end it must face draconian austerity. It cannot afford to prop up Egypt and maintain an exorbitant political patronage machine.

Social spending is the glue that holds together a medieval Wahhabi regime at a time of fermenting unrest among the Shia minority of the Eastern Province, pin-prick terrorist attacks from Isis, and blowback from the invasion of Yemen.

Diplomatic spending is what underpins the Saudi sphere of influence in a region still reeling from the aftershocks of a crushed democratic revolt. We may yet find that the U.S. oil industry has greater staying power than the rickety political edifice of the Gulf.