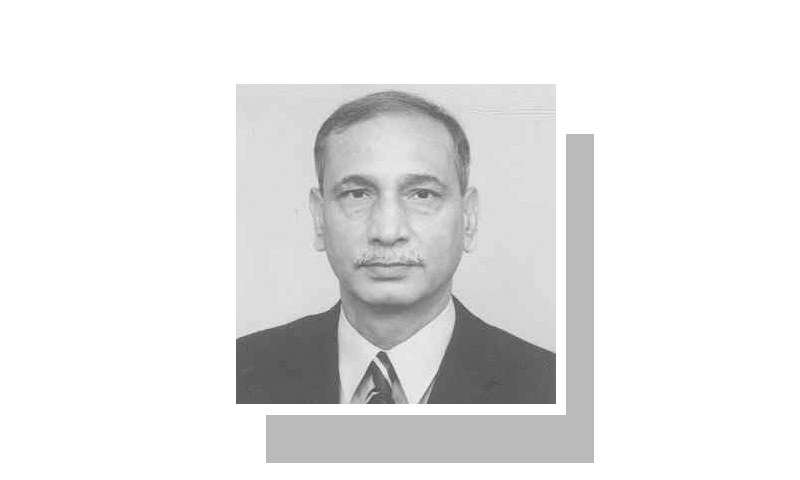 THE Mumbai terror attacks were claimed by India to be its 9/11. For more than 66 hours, 10 highly trained militants played havoc in India’s commercial metropolis, spraying bullets and shedding the blood of innocent civilians and tourists in November 2008, bringing the two nuclear neighbours to the brink of an all-out war.

In Ufa, Russia on July 10, 2015, both the prime ministers of Pakistan and India were “prepared to discuss all outstanding issues,” and both the leaders “condemned terrorism in all its forms” and agreed to cooperate with each other “to eliminate this menace from South Asia”. Therefore, we in Pakistan should welcome this development wholeheartedly.

Didn’t we suffer the pain and agony of our own 9/11 on Dec 16, 2014, at the hands of the Tehreek-i-Taliban Pakistan and its surrogates and aren’t we as a nation determined to root out terrorism in all its forms from our soil? The answer is obviously a resounding yes and I have no doubt that the political and security leadership have resolved to eliminate the scourge of terrorism, militancy and extremism through the counterterrorism National Action Plan. The duality and distinction between good and bad Taliban, including all militants and terrorists, should stand removed from Miramshah to Muridke, from Karachi to Quetta.

Against this backdrop, the agreement between PMs Sharif and Modi in Ufa to approve the meeting of their national security advisers to “discuss all issues related to terrorism” was a welcome development. Pakistan’s concerns in respect of the botched investigation into the Samjhauta Express bombing and alleged covert support to the Baloch insurgency as well as reported ‘terror financing’ both in Karachi and Fata by Indian and other foreign agencies should not only be highlighted but concrete evidence presented to put a stop to such means of non-kinetic warfare resorted to by sleuths from both sides to further their so-called national interests.

There are very knowledgeable and competent professionals with investigation and intelligence background in Pakistan who can meet the Indian security officials and talk as professionals. They too have many skeletons in their cupboards. So why fight shy? Let both India and Pakistan admit their mistakes and follies and learn to co-exist while trying to find solutions to their thorny issues through peaceful means.

Pakistan has to deal with the Mumbai mayhem, planned and launched from its soil. This requires facing the truth and admitting mistakes. The entire state security apparatus must ensure that the perpetrators and masterminds of the ghastly terror attacks are brought to justice. The case has lingered on for far too long. Dilatory tactics by the defendants, frequent change of trial judges, and assassination of the case prosecutor as well as retracting from original testimony by some key witnesses have been serious setbacks for the prosecutors. However, cognizance was taken by the Islamabad High Court which directed the trial to be concluded within two months.

The following facts are pertinent. First, Ajmal Kasab was a Pakistani national, whose place of residence and initial schooling as well as his joining a banned militant organisation was established by the investigators. Second, the Lashkar-e-Taiba (LeT) terrorists were imparted training near Thatta, Sindh and launched by sea from there. The training camp was identified and secured by the investigators. The casings of the explosive devices used in Mumbai were recovered from this training camp and duly matched. Third, the fishing trawler used by the terrorists for hijacking an Indian trawler in which they sailed to Mumbai, was brought back to harbour, then painted and concealed. It was recovered by the investigators and connected to the accused. Fourth, the engine of the dinghy abandoned by the terrorists near Mumbai harbour contained a patent number through which the investigators traced its import from Japan to Lahore and then to a Karachi sports shop from where an LeT-linked militant purchased it along with the dinghy. The money trail was followed and linked to the accused who was arrested. Fifth, the ops room in Karachi, from where the operation was directed, was also identified and secured by the investigators. The communications through Voice over Internet Protocol were unearthed. Sixth, the alleged commander and his deputies were identified and arrested. Seventh, a couple of foreign-based financiers and facilitators were arrested and brought to face trial.

After an exchange of multiple investigation dossiers with the Indian police authorities, the trial court was requested to give approval to obtain voice samples of the alleged commander and his deputies for comparison with the recorded voices. The court ruled that the consent of the accused should be obtained. Obviously, the suspects refused. Then a plea was submitted before the sessions court to authorise the investigators to take the voice samples despite the lack of consent. The plea was denied on account of there being no such provision in the Evidence Act or the antiterrorism law applicable at that time. The investigators then went in appeal before the High Court. That appeal, I believe, is still pending. The Fair Trial Act, 2013 caters for admissibility of such technical evidence. However, its application with retrospective effect is a moot point.

The Mumbai case is quite unique: one incident with two jurisdictions and two trials. While the Indians managed to nab Ajmal Kasab and were able to obtain his confession to close the trial, proving conspiracy in a different jurisdiction is more complex and requires a far superior quality of evidence. Therefore, the legal experts from both sides need to sit together rather than sulk and point fingers.

Indian interlocutors, engaged during the talks between the then prime ministers of India and Pakistan in Egypt in 2009, had conceded that the Pakistani investigators had done a professional job in the indictment of seven perpetrators of the attack. However, the Pakistani authorities should not forget that the FIA declared various other facilitators and operatives as fugitives in the case. The trial will not be over with the disposal of those under arrest or on bail. Other missing links need to be uncovered after the absconders’ arrest.

This case will not be over soon.

Are we as a nation prepared to muster the courage to face uncomfortable truths and combat the demons of militancy that haunt our land? That is the question.