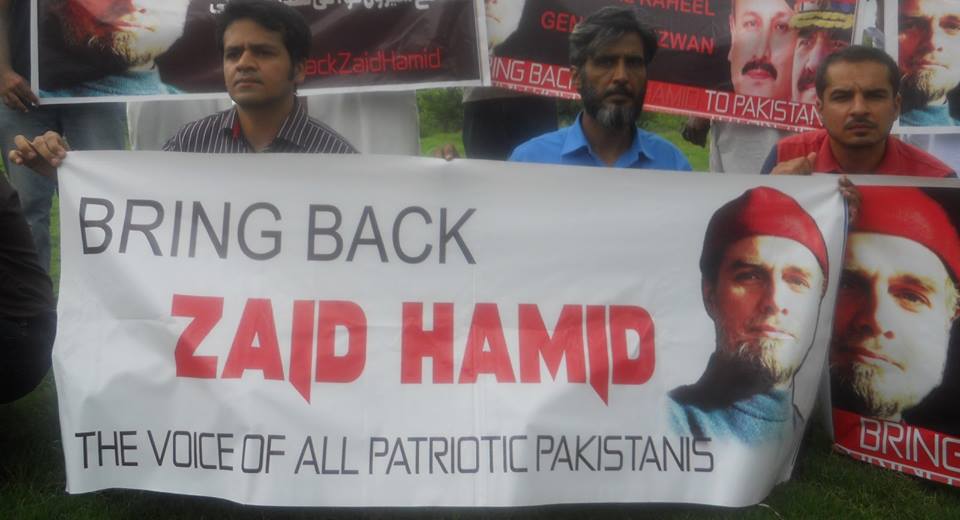 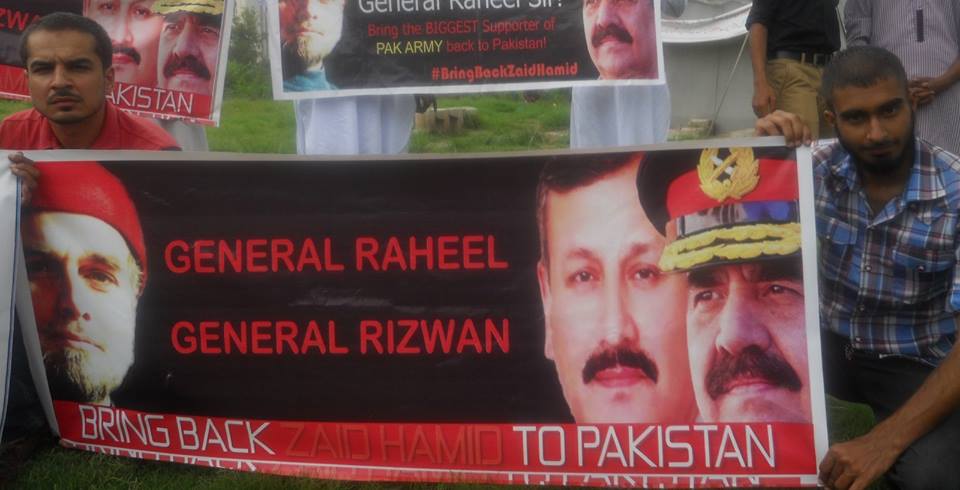 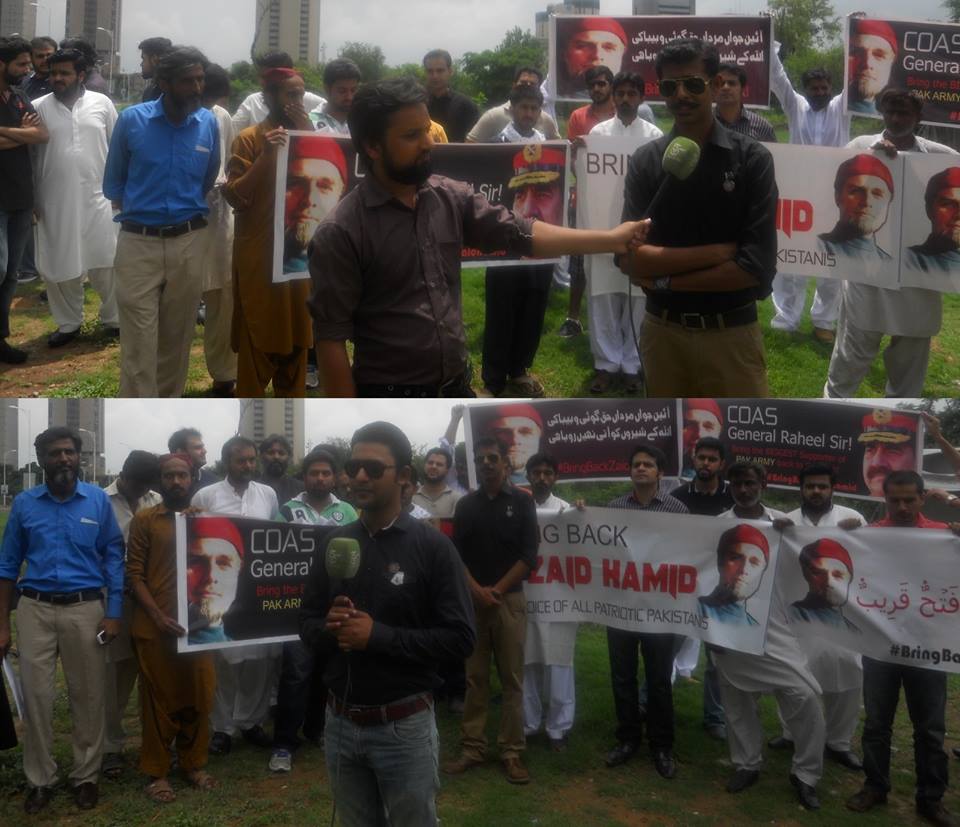 Islamabad – Members of civil society gathered in front of National Press Club Islamabad for a peaceful demonstration in support of defence analyst Zaid Hamid who has been illegally detained in Saudi Arabia for the last two months. It is still not clear why Zaid Hamid was arrested in KSA as he had gone for Umrah only in Saudi Arabia.
The people who addressed the gathering said that some people might disagree with Zaid Hamid’s views but he was still a Pakistani citizen and voice should be raised for his rights. The speakers said that everyone knows Zaid Hamid as a patriotic Pakistani who is well-known for his passionate love for Pakistan. He not only revived Allama Iqbal’s message in the new generation but also constantly defended the Armed Forces of Pakistan on mainstream media when everyone was pointing fingers towards army.

Voice of East’s editor, Syeda Qudsia Mashhadi said that media should report responsibly on Zaid hamid’s issue and should stop spreading false news about his sentence in KSA. She said it was Zaid Hamid who had for the first time given clear stance on TTP Kharijites and created awareness in the public about their reality according to Ahadees, which had paved the way for military operations against Kharijites in Pakistan. She said that Zaid Hamid always spoke about the unity of Muslim Ummah and raised voice against sectarianism. He is an asset for Pakistan and must be brought back.

The demonstrators were carrying banners on which Quranic verses and couplets of Iqbal were written. There were also messages displayed requesting COAS General Raheel and DG ISI General Rizwan to bring back Zaid Hamid to Pakistan. The protesters said they had no hope from government and were looking towards armed forces of Pakistan for Zaid Hamid’s return to his homeland.