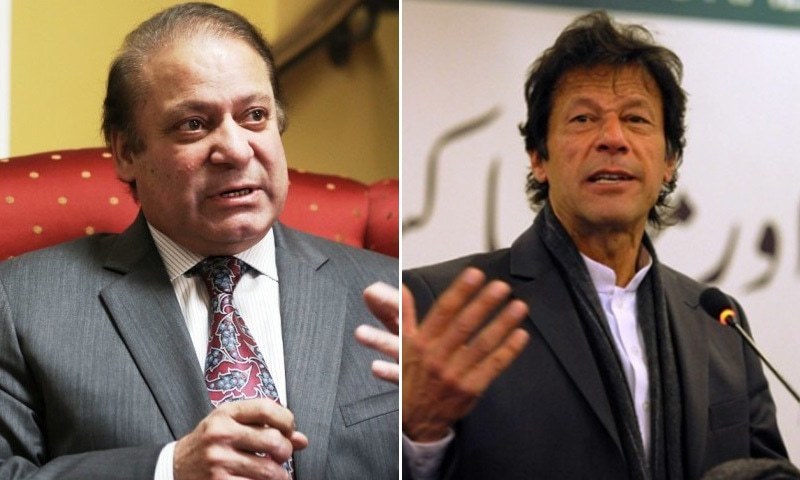 ISLAMABAD: The judicial commission constituted to probe the Pakistan Tehreek-i-Insaf’s (PTI) allegations of rigging in the 2013 general election has concluded in its report that polls were in large part “organised and conducted fairly and in accordance with the law”.

The report published on the Ministry of Law website details the findings of the three-member commission headed by Chief Justice of Pakistan Nasirul Mulk.

In a nutshell, the commission has reached the following conclusion based on evidence:

“Based on the evidence presented before the commission it cannot be said that on an overall basis the elections were not a true and fair reflection of the mandate given by the electorate, despite some lapses by the Election Commission of Pakistan,” it reads.

It does, however, maintain that the PTI’s request to probe alleged rigging in the May 2013 elections was not “entirely unjustified”.

It reads: “The commission is of the view that the PTI was not entirely unjustified in requesting the establishment of body to inquire into its suspicions and allegations regarding the 2013 general elections.

However after recording the evidence and carefully going through all material placed on record the commission finds as under in respect of each term of reference (ToR):

Taking into account all the evidence on record, notwithstanding the shortcomings of the ECP as mentioned earlier in this report, the 2013 general elections were in large part organised and conducted fairly and in accordance with the law.

The plan or design to manipulate or influence the election has not been disclosed with any degree of specification by any of the parties to the proceedings nor is it discernible from material placed before the commission. Allegations against those allegedly involved in the plan/design also remained unsubstantiated by the evidence on record.

TOR #(C): When the entire context of the elections are considered along with all the meaning of overall basis, despite some lapses by the ECP it cannot be said on the evidence before the commission on the overall basis the elections were not a true and fair reflection of the mandate given by the electorate.”

The three-judge commission, headed by Chief Justice Nasir-ul-Mulk, had held 39 sittings and completed the hearing on July 3.

The commission — constituted under a presidential ordinance on April 3 after months of a tug of war between the PTI and the PML-N — had commenced proceedings on April 9. It recorded testimonies of 69 witnesses, including politicians, government and judicial officers and journalists.

The ordinance expected the commission to submit its findings to the government as soon as possible, preferably within 45 days of its first meeting.

Justice Amir Hani Muslim and Justice Ejaz Afzal Khan were the two other judges in the commission, which was constituted as a result of a memorandum of understanding signed between the PML-N and the PTI.

The PTI had staged a 126-day sit-in in Islamabad last year to press for its demand for a judicial inquiry into the rigging allegations.

According to the terms of reference (ToR), the commission was to investigate whether the elections were manipulated or influenced in a systematic manner or by design by anyone, or not. It was also to decide whether the poll results, on an overall basis, were a true and fair reflection of the mandate given by the electorate or not.

PTI Chairman Imran Khan while addressing a press conference accepted the findings of the judicial commission report but expressed reservations over not being given a copy.

Imran said he would comment on the report tomorrow after reading it.