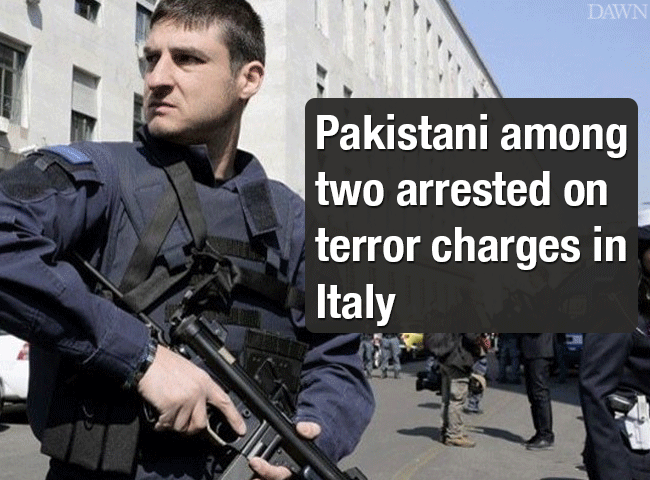 MILAN: Italian police say they have arrested two people, including a Pakistani Deobandi and a Tunisian, suspected of being behind a Twitter account that carried threats in the name of Daesh or the self-styled Islamic State (IS) group against some of the country’s most famed monuments.

Police on Wednesday said they had arrested the two men on suspicion of terror association and subversion and the two are IS-backers and used social networks to threaten violence.

They said the threats in the name of Islamic State carried on the Twitter account “Islamic State in Rom” featured images of the Roman Colosseum and Milan’s Duomo cathedral, with a warning that they were identifying targets and preparing to strike.

The suspects were arrested in the northern city of Brescia and searches were being carried out throughout the Lombardy region.