Home  »  Original Articles   »   #ChattanoogaShooting: Why does the media continue to ignore the Takfiri Salafi-Wahabi ideology behind global terrorism 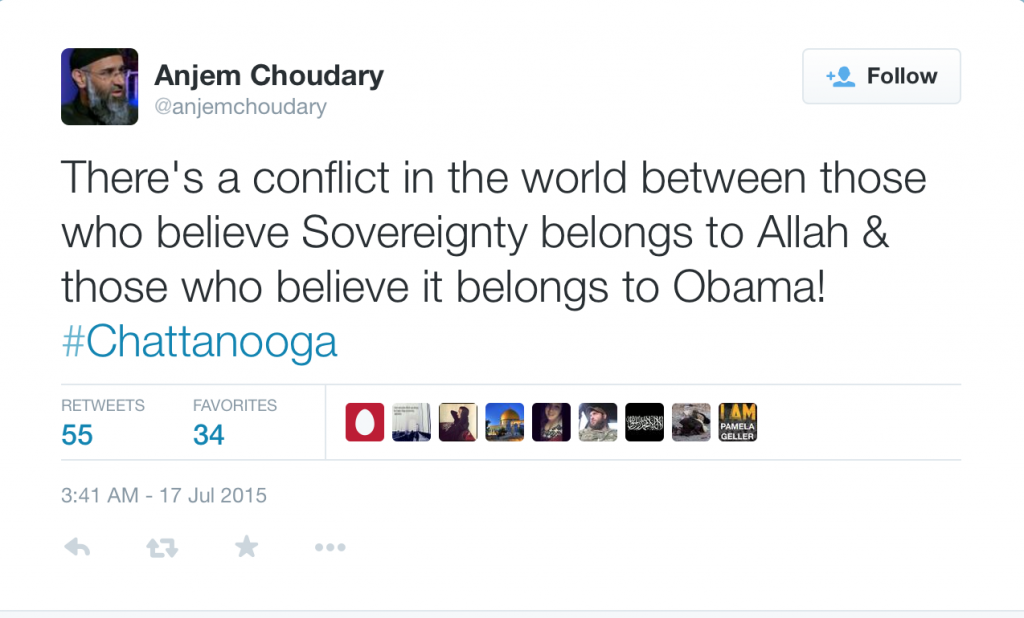 Another day, another tragic massacre.

After Fort Hood, when a radicalised Salafi American Col. Nidal shot and wounded nearly 50 American soldiers and servicemen, another radicalised Salafi-Wahabi American citizen has murdered 5 American marines and sailors in the Chattanooga shootings.  Meanwhile, our media continues to (deliberately) obfuscate the situation.

There is no mention of the specific Salafi-Wahabi belief of Mohammad Youssuf Abdulazeez – the perpetrator of this latest cowardly massacre.  Our media has made a habit of obscuring the specifics. At times, vague terms like “Islamists” are used to describe such terrorists and at other times, sweeping generalisations like “Sunni radicals” is used.  However from 9/11 to Fort Hood to the Boston Marathon bombing  – all these terrorist attacks on the US homeland have been perpetrated by Salafi-Wahabi terrorists whose indoctrination is financed and supported by our Gulf monarchal dictatorship “allies” like Saudi Arabia, Qatar, UAE and Jordan.

These disgusting acts of terrorism are then cheered on by Takfiri Deobandi hate mongers like Anjem Choudary –  a UK based Deobandi-Salafi supporter of ISIS/Daesh.

It is about time that both our media and our diverse muslim communities came clean about this.  The media needs to mention the common faith denominator, i.e., the specific Saudi-funded Salafi-Wahabi which is the school of though of radical muslim extremists like Abdulazeez.  From ISIS, Al Qaeda/FSA and Boko Haram in West Asia and Africa  to the Taliban/ASWJ-LeJ in South Asia, the common faith denominator is Salafi-Wahabi and its ideological sibling, Deobandi.  This school of though is funded and sponsored by our allies like Saudi Arabia.

“The trove mostly covers the period from 2010 to early 2015. The Foreign Ministry relayed funding requests to officials in Riyadh; the Interior Ministry and the intelligence agency sometimes vetted potential recipients; the Saudi-supported Muslim World League helped coordinate strategy; and Saudi diplomats across the globe oversaw projects. Together, these officials identified sympathetic Muslim leaders and associations abroad; distributed funds and religious literature produced in Saudi Arabia; trained preachers; and gave them salaries to work in their own countries.” Source

Saudi-funded Salafi-Wahabi-Deobandi preaching has directly lead to the radicalisation, birth and growth of ISIS and other similar terrorist groups. Hate mongers like Anjem Choudary or the upper-middle class Pakistani terrorists like Saad Aziz cannot hide behind the “deprivation” or “persecution” excuse.

Similarly, the tired cliche excuse of “No muslim could have done so” needs to be abandoned once and for.  Its about time, we call a spade and spade and start to see that muslims are not a monolith community and that Salafi and Deobandi muslim terrorists have wreaked the greatest havoc on other muslims like Sunni Sufis, Shias and Ahmadis.

An Ahmadi muslim marine Tayyib M. Rashid does this to some extant in his article, “A Muslim Marine’s testimony to his fallen Chattanooga brothers”

The media will only realise these crucial differences within the larger muslim community once the Sunni and Shia victims of Salafi-Deobandi terrorism abandon their political correctness and condemn these terrorist attacks in clear terms.  This can only be done by identifying the inherently extremist strains (Salafi-Wahabi and Deobandi) within muslim sects instead of engaging in the same wishy-washy apologist and deflection tactics.

Unfortunately, some Republican and Democratic hawks want to continue supporting the same Salafi and Deobandi extremists like Abdulazeez to topple the Assad government in Syria.  The blowback of such myopic policies has already started happening in our homeland with the latest tragedy in Chattanooga.