I am very disappointed to report that prominent London-based blogger, “Ale Natiq” (Ali Mashahdi) has been undermining Shias. When Ilmana Fasih, a Canada-based ISIS apologist and cheerleader (of Indian background) made slanderous remarks against Imam Ali and Bibi Fatima Binte Asad, “Ale Natiq” exposed himself and instead of supporting the Shia protest, tried to play the victim card to defame the fellow Shia and Sunni Barelvi activists protesting the abusive remarks by Ilmana. Natiq never responded to why he took down his initial Facebok status protesting Ilmana’s comments.  Instead he turned on fellow Shia activists including LUBP and others, who were protesting against Ilmana.

Ale Natiq set up a website https://unmaskingtraitorspk.wordpress.com where he misused and distorted materials and text from our site and Facebook pages to show that he was being victimized by LUBP and other Shia activists. Unfortunately for him, in his haste in gathering materials for his website, Ale Natiq took a snapshot from his own Facebook page profile with a definitive clue that he was the man behind the newly created blog attacking himself, Shumail Zaidi, Talib Raza and other fellow activists!  That clear evidence is present in the comments section where the only comment profile picture that shows up is that of Ale Natiq. You can compare it with his own profile picture. Both pictures are attached for your reference. 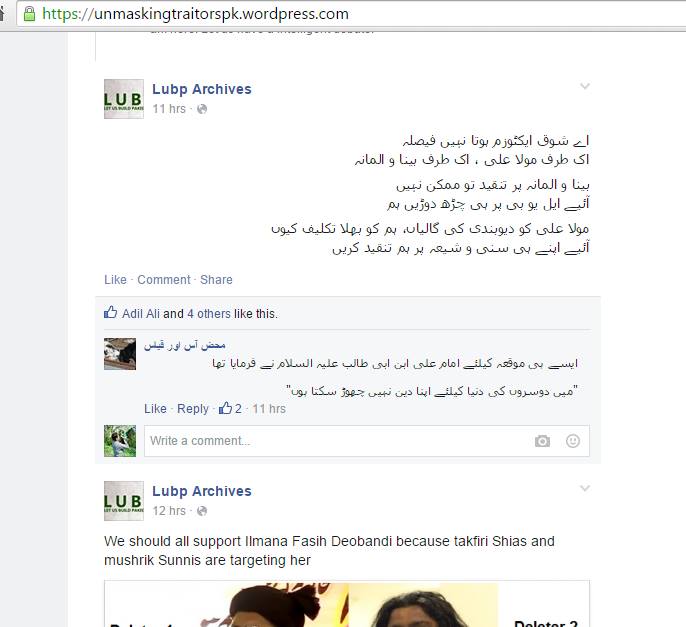 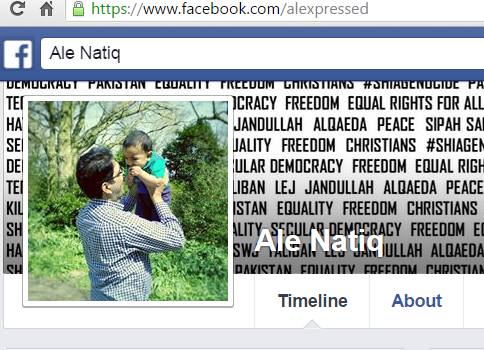 While Ale may realize his foolish mistake and take down the new blog and facebook page, his profile picture in the comments section is a dead giveaway in his attempt to paint himself as a victim of LUBP. At a moment when Deobandi Takfiri militant groups want to undermine Shia rights activists particularly LUBP blog and facebook page, such attacks by a Shia activist.

For us, the only thing that matters is that bigots like Ilmana Fasih and her powerful pseudo-liberal backers like Beena Sarwar are exposed. It seems that Ale too is backed by the same Beena Sarwar and her operative in Karachi namely Ali Arqam.