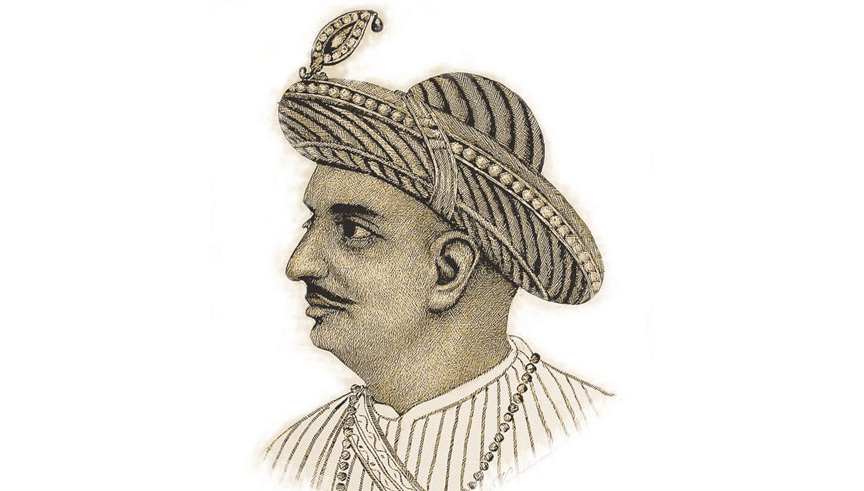 A popular exhibit in London’s Victoria and Albert Museum is a musical instrument made in the shape of a tiger devouring a European settler. It signifies the mindset of the important individual from South India who commissioned it and symbolises his anti-British sentiment. Anyone with the slightest knowledge of Indian history would know by now that the subject of this article is Tipu Sultan Fateh Ali Khan variously referred to as the Tiger of Mysore or Tipu Sahib.

Tipu Sultan laid down his life on May 4, 1799 while fighting the British at Srirangapattana fort in the fourth Anglo-Mysore War. Freedom is a highly cherished prize, and Tipu fought his whole life for its realisation, eventually embracing death rather than accepting slavish acquiescence to British overlords.

The day of the Kingdom of Mysore’s fall (May 4, 1799) is arguably as significant as the day when the British secured victory at Plassey in Bengal (June 23, 1757) or the fall of Delhi after the War of Independence in 1857. It is hard to argue with Kate Brittlebank when she claims that Tipu’s death and the fall of Srirangapattana have been “extensively mythologised”.

Having said that, Tipu was undoubtedly one of the fiercest foes the British ever locked horns with. As one of the first Indian rulers to be martyred while defending his homeland against the Empire, Tipu figures prominently in the British Army’s National Army Museum as one of the ten greatest enemy commanders the British Army ever faced. In his capability as a military strategist, Tipu was an equal of Napoleon Bonaparte, with whom he had cordial relations. Both men lost their final battles against the same British General, Field Marshal Arthur Wellesley, the first Duke of Wellington.

Besides being a great military strategist, Tipu Sultan was also a visionary and innovative ruler.

Born on November 20, 1750 at Devanahalli, about 33 km north of present day Bangalore, he was named Fateh Ali after his grandfather Fatah Muhammad. The sobriquet ‘Tipu Sultan’ was given to him as a mark of respect after the name of saint Tipu Mastan Aulia of Arcot. Tipu’s father Hyder Ali was an ambitious military officer in the kingdom of Mysore who made quick progress and became de facto ruler of Mysore in 1761. Tipu’s mother, Fatima Fakhr-un-Nisa, was the daughter of Mir Muin ud Din, the governor of the fort of Kadapa.

Tipu’s education included Hindustani, Persian, Arabic, Kannada, Quran, Islamic jurisprudence, riding, shooting and fencing. He was supposed to become a Sufi but his father insisted he became a soldier and a leader of extraordinary merit.

Alexander Beatson, in his book View of the Origin and Conduct of the War with Tippoo Sultan, described the physical features of Tipu, stating that “his stature was about five feet eight inches; he had a short neck, square shoulders, and was rather corpulent: his limbs were small, particularly his feet and hands; he had large full eyes, small arched eyebrows, and an aquiline nose; his complexion was fair, and the general expression of his countenance, not void of dignity”.

His dominion extended throughout North Bangalore including the Nandi Hills and Chickballapur. Although in a continuous state of war against the British, the Maratha confederacy and the Nizam of Hyderabad, Tipu had an extended network of foreign trade relations with countries such as Sri Lanka, Oman, Afghanistan, France, Turkey and Iran. Like his father, Tipu maintained several embassies and forged links with Mohammad Ali Khan, ruler of the Zand Dynasty in Persia, and Hamad bin Said, the ruler of the Sultanate of Oman.

During his reign, the Mysore army became a school of military science to other Indian princes. The former president of India, Dr Abdul Kalam, in his Tipu Sultan Shaheed lecture in 1991, described him as “the innovator of the world’s first war rocket”. Two such rockets were captured by the British at Srirangapattana and were put on display at the Royal Artillery Museum.

In 1786, Tipu decided to build a navy comprising 20 battleships with 72 cannons and 20 frigates with 62 cannons. In 1790, he appointed Kamaluddin as his Mir Bahar and also established massive dockyards at Jamalabad and Majidabad. But aside from military innovation, Tipu is said to have introduced new coinage, a calendar and a system of weights and measures mainly based on the methods devised by French technicians. Thus he was a modernist who even planted the tree of liberty at the Srirangapattana fort, in honour of the French revolutionaries.

Tipu Sultan is, however, demonised beyond Pakistan, largely due to the particularly biased trajectory of British historiography which branded him “a furious fanatic and an intolerant bigot”. Some even retained a fondness for comparing Tipu with Mahmud Ghaznavi and Nadir Shah. To support this, Mir Hussain Ali Khan Kirmani’s History of Tipu Sultan is quoted profusely. This is in fact a Persian text, available to most readers in English translation, rendered by Colonel W Miles and published in 1864. Miles was a ‘Raj-worshipper’ and he dedicated the book’s translated version to Queen Victoria.

Colonel M Wilks and W Kirkpatrick accused Tipu of exiling 60,000 Kanarese Christians. But one must not forget that the Kanarese Christians apparently helped the English to conquer Mangalore during the Second Anglo-Mysore war. He treated the Syrian Christians of his kingdom extremely well and also encouraged Armenian merchants to settle in Mysore.

Similarly, he was falsely accused of resorting to forced conversions. An archival record unearthed in 1913 revealed 21 letters he wrote to Sringeri monastery proving him to be a patron of many Hindu mandirs. The reason for the acute venom spouted against Tipu by the British lay in the challenge he posed to colonial pohttp://tns.thenews.com.pk/tipu-sultan-the-great/wer. When the princes of Rajputana had surrendered and Ranjit Singh, ‘The Lion of Punjab’, compromised, and the Marathas quietly buckled under the threat of British arms, Tipu dared to lock horns with the mighty colonialists.

In a nutshell, Tipu Sultan was just a self-respecting monarch who did not buy peace with the British by becoming their tributary like Nawabs of Awadh and Karnatic, which makes him great.