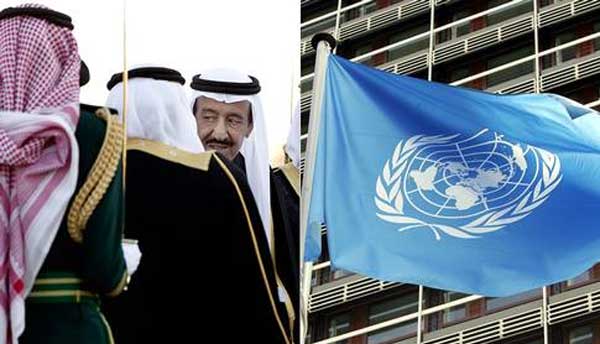 Saudi Arabia wants to lead the UN Human Rights Council, which raises anger among activists who fear an erode of the Council’s credibility. An “abomination, and cynical by a nation that beheads people on public squares,” said a human rights organization in a statement on Wednesday evening.

There has been rumors for a while that Saudi Arabia wants to lead the UN’s highest body for defense of human rights. Now it appears the rumors have been confirmed by several diplomatic sources. It has had human rights organizations to react with pure rage outbursts.

Saudi Arabia is one of the world’s worst repressive regimes with massive violations of human rights, according to Amnesty, Human Rights Watch and the UN itself. One notable example is Saudi blogger Raif Badawi who was sentenced to ten years in prison and 1,000 lashes for having started a site for political debate. In addition, the country is sharply criticized for the ongoing attacks against Yemen, where the ruthless bombing of civilians is equated with war crimes.

The Swedish Foreign Minister, Margot Wallström, earlier this year criticized Saudi Arabia’s lack of human rights, and broke the Swedish agreement on military cooperation with the country. This led to a deep diplomatic crisis.

– Choosing Saudi Arabia as the world leader of human rights is like having a pyromaniac to head the fire department, said Hillel Neuer, director of the human rights organization UN Watch, on Wednesday evening.

Saudi Arabia is a repressive fundamentalist regime, according to Neuer.

– We urge the United States Ambassador to the United Nations Samantha Power and the EU Foreign Minister Federica Mogherini to condemn this heinous and cynical move by a regime that beheads people in public squares, systematically oppress women and homosexuals and imprisons bloggers like Raif Badawi, said Hillel Neuer.

– It is indeed ironic to see a country that scorns human rights through numerous public executions, try to become the leader of an organization whose mission is to strengthen and protect human rights, said Nadia Boehlen.

– Saudi Arabia as chair of the Human Rights Council would be the final nail in the coffin and for the credibility of a body that already has dictatorships as members. The Council has already been criticized for turning a blind eye to the world’s worst oppressors, says Hillel Neuer.

Saudi Arabia is said to been engaged in intensive lobbying, to become head of the Human Rights Council with 47 member countries. German Joachim Rücker have had the post since July 2014. Each leader has one year.

The country clearly has a chance to go out on top of the lobbying battle and become the leader of the world’s human rights colossus. Saudi Arabia is included in the Asian group, which is in line to become chairman country.