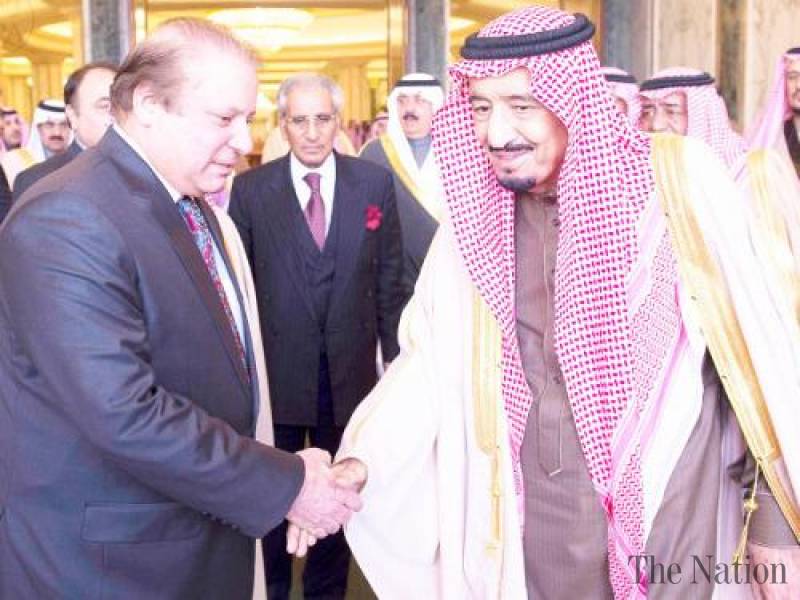 This past week has been like no other in Pakistan’s history. We are used to watching our own country projecting conspiracy theories and rumors as information, but rarely is there a national debate on whether Pakistan should be involved in someone else’s war. This week has been dominated by the Saudi invasion of Yemen and the role of the Pakistani armed forces in that war.

Let’s start with the basics and work our way forward.

On Wednesday morning, we all awoke to find that Saudi Arabia had launched massive airstrikes against the Houthis rebels in Yemen. The airstrikes are concerning because they are not against someone who threatened the Saudis, invaded Saudi Arabia or launched any attacks against Saudi assets. Well, that last point is where the problem starts.

The “President” of Yemen has always been appointed by the Gulf Coordination Council (GCC), never elected by the people of Yemen themselves. The previous president, President Saleh, spent 33 years on the throne before being shown the door by a transfer of power agreement overseen by the GCC. President Hadi was helped to the chair through that same agreement. Both of these presidents have been very close to the royals in Riyadh and the boys in Washington. The word that we like to use is “puppet.”

The Houthis started as a cultural force in the early 1990s to stem the spread of the Saudi Salafi teaching into Yemen. In 2004, they transformed into a political force when the US invaded Iraq. Since then, they have fought against the Saleh government. In 2011, they took advantage of the Arab Spring throughout the Middle East and moved to Sana’a to oust Saleh from office. In September 2014, they took control of Sana’a with the support of the same president that they had ousted from office. In the same month, they signed the Peace and National Partnership Agreement with President Hadi to bring economic, social and political reforms that were promised during the 2011 revolution.

When the Hadi government didn’t deliver, they forced him out of office last week. This week, President Hadi fled the country from this palace, yes I said palace, in Aden to Riyadh and the Saudis initiated their airstrikes on the Houthis.

Now, if that were the whole story, this would be easy to understand… but it’s not.

While the Saudis are displaying their air superiority against the rebels, they have never been so moved to do so against al-Qaeda Arabian Peninsula (AQAP), which is considered to be the most technologically advanced and expert branches of the terrorist organization. They have also not been willing to pull out a slingshot against the local factions of ISIS that exist in Yemen, but then they aren’t willing to fire up all that US defense equipment to assist the international coalition in Iraq that is fighting ISIS either. So let’s not talk about that just yet.

The argument in this case, this specific case, is being framed as an Iranian expansion into “Arab affairs.” The Saudi military and the token contingents from other countries are being motivated and activated to fight the growth of Iran’s influence through a small rebel force that only wants to stop the Saudi influence in their country. We’ll come back to this in a little bit.

What isn’t being talked about is the Bab al-Mandab strait that links the Red Sea and the Gulf of Aden. The strait is the fourth largest checkpoint in the world, trafficking close to 3.8 million barrels of oil and petroleum products per day. That was in 2013, so we can only assume what those numbers are today.

Since Wednesday, the Arab and international media has been talking about the grand coalition that has been formed to fight against the usurpers of power in Yemen, but in all aspects the coalition isn’t grand at all.

In addition to Saudi Arabia’s 100 aircraft and 150,000 ground troops there’s Kuwait (15 jets), Bahrain (15 jets), Qatar (10 jets), UAE (30 jets), Jordan (6 jets), Morocco (6 jets) and the promise of support from Egypt and the prodding of Pakistan to involved their troops. The international media, following the Arab media, has been reporting that Pakistan is already involved in the conflict with air and naval power, which isn’t correct by any stretch of the imagination.

Let’s keep in mind that the Egypt’s just received a $4 billion donation from the Saudis right before the conflict started. Let’s also keep in mind that General Sisi, calling him President is just a farce, is Riyadh’s man in Cairo standing firm with Saudi objectives in return for the position that he has been gifted.

The United States, where the announcement of the air strikes was made by the Saudi ambassador, is providing logistical and intelligence support. Support gained from the Special Operations team that was operational, and quickly airlifted out, of Yemen. The Houthis have also taken control of the US embassy in Sana’a and laid their hands on a massive storehouse of intelligence information about operations, deals and agreements with the Saleh and Hadi governments within Yemen, which you can expect to be used when the time is right.

Here’s where things get funny. The Iranians are working with the United States against ISIS and have been successful in retaking Iraq cities from the rebels there. Now, the US commander on the ground there is refusing, yes refusing, to call in air strikes against ISIS position until the Iranian militias are removed from the battlefield. A longer-term nuclear negotiation is also extremely close to being closed with Iran, expected next week, which could ease international concerns over an Iranian nuclear weapons program.

Why this was Expected

No one was caught off guard when this started… well, expect for the media and most of the population of the world that doesn’t follow current affairs.

Everyone knew that Saudi was going to make a play against Iran. They have repeatedly publicly expressed their dissatisfaction with the US cozying up to the Iranians. They have not been a supporter of the nuclear deal that was being negotiated, even though it might bring some stability to the region.

Disgraced US General David Petraeus, while speaking at a conference in Iraq, spoke out against Iran calling them a greater threat to world security than ISIS. I call Petraeus disgraced, for those playing the home version of the game, because he leaked confidential information to a Miami journalist, that he was having an affair with, for a tell-all biography. This comes on the heels of Benjamin Netanyahu’s “fiery” speech in the United States Congress decrying Iran as the threat to global security, much like he did to a Congressional committee many years ago about Saddam Hussein and Iraq. His exact quote was that “the world and the region would be a better place without Saddam Hussein in power.” I would hope that someone would ask him how he feels about ISIS taking Saddam’s place.

No one is saying that Iran is free and clear in this equation. The Iranians are masters of covert support to rebel groups ranging from Hamas to Hezbollah and the Balochi insurgents in Pakistan. But with so many things moving in their favor in the past few months, it would be sheer stupidity by Tehran to involve themselves in something that could set their improved diplomatic position permanently backward.

Are the Iranians supporting the Houthis rebels? We don’t know. We do know that the insurgency was a natural response to Saudi influence in their country. We do know that they have gained military strength over the years. But we can’t draw a direct line between the rebels and Iran, as we can in other cases.

But with Iran in the mix, the conflict can widen. Iran has Russia and China as long-term partners. Russia doesn’t have the greatest relationship with Saudi Arabia after some threats that were made by Prince Bandar prior to the Sochi Olympics in relation to their support of Syria. Iran is also a neighbor of Pakistan, where they have sponsored militant Shiite and Balochi separatist groups.

Pakistan sits on a time bomb in this situation. The Sharif brothers are heavily indebted to the Saudi royals for providing the shelter during their exile. They are also indebted for the oil and capital that has been provided to their government in times of need, whether the nation has seen any benefit from the “kindness” or not. The instinct of the Sharifs is to embroil the Pakistani armed forces into a battle that will cripple Pakistan.

For GHQ, the problem is much larger. The TTP, Sunni extremist groups and extremist madrassas’ funding is all traced back to Saudi Arabia and the same GCC countries that are standing in an alliance together against Yemen. The Army is already engaged against the terrorists in the FATA region and working with the Sindh Rangers to clean up Karachi, while watching the border with India for any untoward advances. To move, or even commit forces, at this time would destabilize the gains achieved against the terrorists and weaken the operations in other parts of the country.

It also has the potential of straining our relations with China, one of our strongest and most trusted partners. The Chinese have already publicly condemned the action in Yemen and are no doubt putting pressure on Islamabad to stay out of the conflict. With their massive investments, economic and military relationships with Pakistan, China has the ability to keep Pakistan out of the conflict with the threat of withdrawing their support.

And I’d like to give a word of advice to those who are demanding that Pakistan join the fight… where was Saudi Arabia when it the time came for Pakistan to battle terrorism?

It’s very easy to talk about what they have done for us, but keep in mind the problems that we have with terrorism, fundamentalism and extremism all find their roots back to Saudi Arabia and the GCC.

The game board is confusing and strewn with flags from many countries. The best thing for Pakistan to do is stay out of it. We have no interest in joining a war between two Muslim countries, no matter what our relationship may be with either. Pakistan has already paid the Saudis back for all that they have done for our country with the blood of the 70,000 innocent lives that have been lost to terrorist attacks.