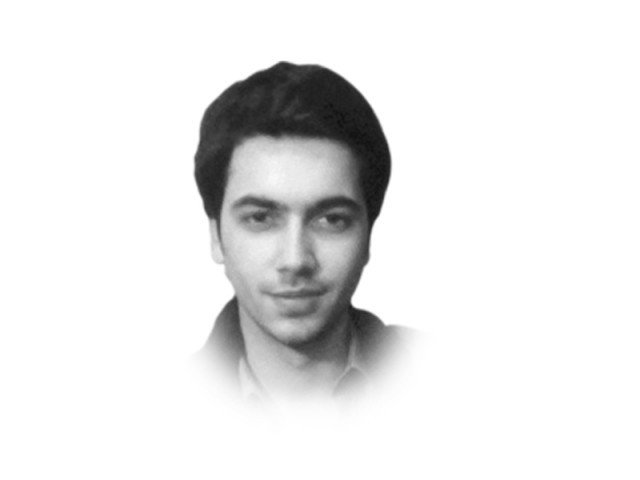 Some context, to start with: Mr Nawaz Sharif is Prime Minister of Pakistan — his third try. His second ended in Jeddah, whence a long, loving bond was established.

He returned in 2007 (two years early, despite Lebanon’s Saad Hariri tut-tutting to the contrary). What’s different about the Pakistan he leads in 2015 than the one he was forced out of in ’99?

The fact that there’s a war going on — for the heart and soul of the country. So how did Mr Sharif fare there?

In a surreal press conference a few years ago, Mr Sharif’s brother pleaded, “We in the PML-N opposed (General Musharraf) and rejected dictation from abroad. If the Taliban are also fighting for the same cause then they should not carry out acts of terror in Punjab.”

The Chief Minister of Punjab told the Taliban, essentially, that they were on the same side — feel free though to blow K-P and Karachi and Quetta to smithereens. Which they did, and left the brothers alone.

“Why shouldn’t we sit, talk, and engage in dialogue?” he asked. Fair enough: the Taliban may have waged one of the bloodiest wars in the history of bloody wars, but to ‘not negotiate with terrorists’ was a Bushism — like all Bushisms, it was best avoided.

Negotiations went on, with the press embarrassing itself over the minutiae of mass-murders; how the Taliban served their guests the very currency of Western capitalists: fizzy colas. It soon emerged though that the Taliban weren’t rational actors. Obviously.

Or, if they were, that their rationale was to regroup. They took Swat to continue to Buner. They mulled over the Constitution, then rampaged through our district courts. They called ceasefires, then executed 23 of our soldiers. They talked up, like Mr Sharif did, the merits of peace, then attacked our airport.

So when the army went after them in North Waziristan, the government mumbled assent — after the fact. Left to Mr Sharif, who took no ownership of fighting the Taliban (until the military did it for him), who refused to let the peace talks go, who thought they would leave our castles in Punjab alone, Pakistan would be stuck in 2013: embracing child-murderers as they sink the knife in.

Which makes last week evermore ironic. “Any threat to Saudi Arabia’s territorial integrity,” the PM boomed, “would evoke a strong response from Pakistan.”

From the man who couldn’t say the word ‘Taliban’ after they massacred our children in Peshawar, this is impressive. For the PM, threats to Saudi Arabia’s integrity will evoke a strong response from Pakistan — threats to Pakistan’s own integrity, not so much.

As for said threats, the trail of breadcrumbs stretches straight from southern Punjab to Saudi Arabia — it smells of petrol, and it erupts in imambargah explosions.

If one can call it an agenda. Of late, the House Saud’s stock has been plummeting, while the ayatollahs have been making gains. Because when it comes to mud-fights, Iran’s proxies fare better than Riyadh’s.

Iran backs the blood-splattered Ba’ath Party in Syria, and Assad, gruesome as ever, has managed to hang on. Move to the right, and Tehran also has a lock on Iraq, by the grace of the Bush Administration. Run left, and Hezbollah fighters are growing bigger and braver in Lebanon. Go further down, and even Hamas is wandering into Iran’s orbit.

By contrast, the House Saud can’t catch a break. Former baby ISIS has gone rogue, and ISIS paranoia (or far too many Game of Thrones readings) has caused the Saudis to build a 600-km wall, to keep the barbarians at bay. Meanwhile, Qatar’s smirking too much, Bahrain’s uneasy, and Egypt’s Sisi is a full-blown extortion artist.

Which is why, when the Houthis ran through Yemen, enough was enough. The Saudis launched the hilariously named Operation Determination Storm, and began bombing Yemen more ferociously than it ever did ISIS. The US nods along blankly: it will help the Saudis bomb Iran’s supporters in Yemen while it helps Iran bomb ISIS in Iraq.

Welcome to the Middle East, where only one law should hold: don’t take sides.

Second, protecting Saudi Arabia’s integrity is all well and good, but it is Saudi Arabia that is breaching Yemen’s integrity, not the other way round. International law doesn’t quite sanction preemptory cavalries.

Third, staying out of the ruckus has been a winning play so far: remember Syria? Remember the Iran-Iraq war? Not a bad idea, in retrospect.

Fourth, Pakistan’s own passive sectarianism is a matchstick away from ignition. Our own problems with sectarianism pose considerable challenges that can exacerbate in case of any Pakistani involvement in the conflict in Yemen.

Fifth, it would be best to airlift the hundreds of Pakistanis in Yemen out, than jeopardise their lives by sending more in — Bahrain stands testament.

Sixth — though easy to forget in the air-conditioned offices of Constitution Avenue — we have a full-scale war of our own, and it’s for the future of this country.

Back in the ’90s, when Saddam Hussein was running wild, a younger, bolder Mr Sharif ran up against his army chief. The loathsome General Beg supported Saddam’s as-loathsome forays in Kuwait. Of course, Mr Sharif’s opposition wasn’t informed by any humanitarian considerations for the Kuwaitis; he swayed whichever way the Saudis swayed.

A generation later, it’s time we carved out a policy based on self-interest. The wider world may be losing the plot; sanity demands we look inward.

Pakistan shares a border with Iran, and a prime minister with Saudi Arabia. Best to sit this round out.