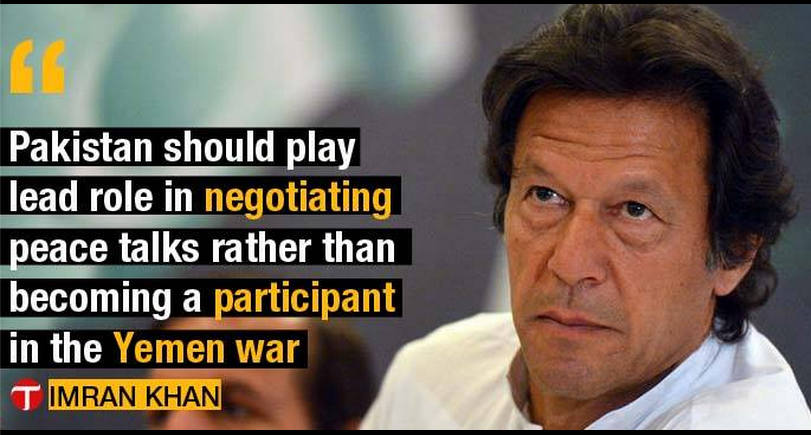 Pakistan Tehreek-e-Insaf (PTI) chief Imran Khan spoke out on Friday (27 March 2015) on the Saudi Arabia led attack on Yemen and said Pakistan should be playing a lead role in the negotiation process rather than becoming a participant in the war.

The PTI chief tweeted, “Pakistan should be playing a lead role in negotiating/helping in peace talks rather than becoming a participant in the war”

Imran also questioned whether Pakistan had not suffered enough already by participating in wars waged in other countries.

Citing sectarianism as a problem in Pakistan, Imran said the country “has suffered enough over the last ten years.”

He thereby urged that Pakistan should merely be playing a lead role in negotiating and assisting peace talks rather than becoming a participant in the war. 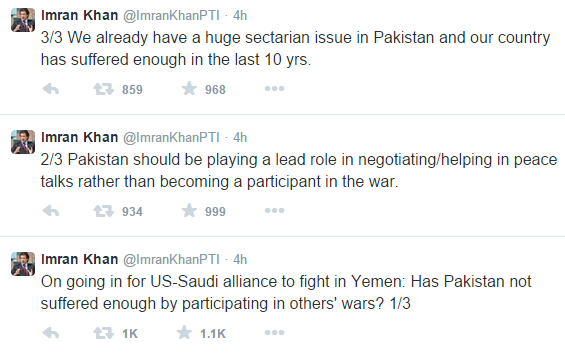 Saudi Arabia carried out air strikes against Huthi rebels in Yemen on Wednesday, launching an operation by a regional coalition to save the government

On Thursday the Kingdom had “expressed the desire to participate in the operation” against rebels together with Jordan, Morocco and Sudan, which the kingdom has dubbed as the “Firmness Storm.”

Amid reports that Pakistan is all set to join the fight against Huthi rebels in Yemen, Prime Minister Nawaz Sharif said that any threat to Saudi Arabia’s territorial integrity would evoke a strong response from Pakistan.

Iran has already condemned the regional rival for Thursday’s air strikes launched on Huhti rebels and deemed it “a dangerous step” that violated “international responsibilities and national sovereignty.”

It may be noted that central leaders of Pakistan’s other progressive parties including PPP’s Zardari and Bilawal and ANP’s Asfandyar Wali Khan are conspicuously silent on the reports that Pakistan may join the Saudi-coalitioin in attacking Yemen. 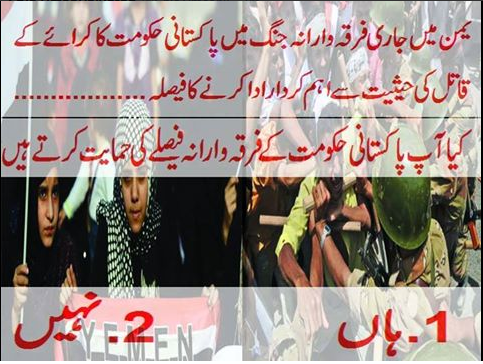 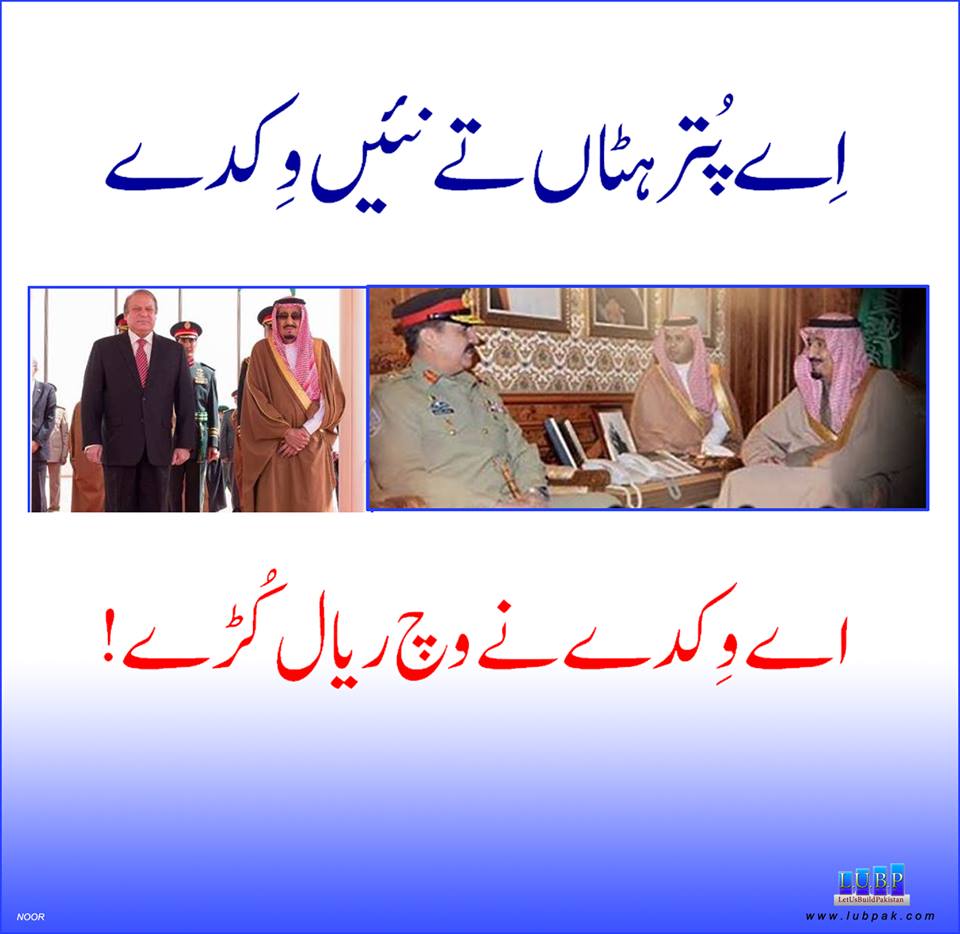