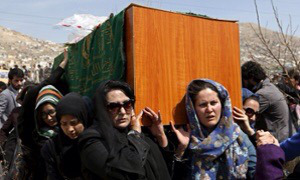 Beard holds a significant importance in the Islamic Society. It plays a pivotal role in how people should perceive you. You are instantly known as a Sufi or Ustad ji, even if you aren’t one. It definitely changes how people once used to see you. You are known as the one with the knowledge, doesn’t matter if you haven’t even passed 1st grade. This isn’t some serious kind of blog because killing and abusing in the name of religion has become a norm. But a beard will save you. I know you haven’t got my point yet. Patience is required, even for growing a beard. Let me tell you a story.

There was once a famous singer in Pakistan, whose songs were extravagantly famous. His main focus was on the girls. Not just the girls but the different complexions of girls. He couldn’t decide which complexion attracts him. This dilemma put a lot of girls in jeopardy as well and they would often argue whose complexion he likes the best. In short he sang so many songs for the girls that all of them were confused. This situation also created a rift in singer’s family and they decided to wed him off. As soon as he got married, he grew a beard. He had this patience now, as he was a married man. Everybody was happy except for the women folk, again. Specially the sufis and ustad Jis were very happy. All the holy pious men admired him for this act and praised his grisly manly beard. They all told him that now he has grown a beard; all his previous sins have been washed off. He argued a lot that how is it possible? he has grown it on his face not on his heart. But they all denied his this notion and told him to carry on his good work. Not singing, of course, but all the things associated with the beard, as he has become one of them. So he decided to continue the holy work. Then one day he did what he shouldn’t have done. He talked rubbish about one of the holy mothers of Islam. I still think he has done it because he holds some kind of grudge against women folk. Anyway, he apologized not instantly but when the mob on social media asked him to apologize. He was forgiven. This is just one example, there are numerous others where ill convicted people get away just because they have beards, so their sins don’t mean anything and God is all about forgiving people. Fair enough!

Then comes Furkhanda of Kabul. She was mentally unstable women, according to some reports, who was alleged to burn the Quran but no one knows for sure weather she did it or not. She was beaten and later lynched by the “holier-than-thou” mob. Her dilemma or shall I say her bad luck was, she couldn’t grow a beard. Mustache was not the problem but according to the some hardliners, you have to shave the mustache and grow the rest. Sadly, that was not possible for her or for many others, who have seen the same fate like her’s. Burned and Dumped! I pity the women, how powerless they are. They can’t even grow the ultimate powerful grisly bushy beard. God has been unfair to the fair skin. Why is it so easy for men to target somebody like this. Not only women but sometimes men also become victim of it. The easy way out is to submit yourself to these mindless baboons. When will we all wake up and realize the gravity of this senseless mentality. I don’t know how to end this topic. All I can say in the words of prophet Jesus , that what is of Caesar, give it to him, and what is of God , leave it to him. When will we stop acting as gods?