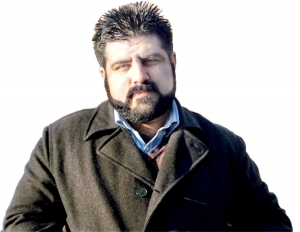 It is ominous to make predictions these days. Predictions aside, detecting the currents and threads that underlie events and analysing causation and consequences is a futile exercise. But events needs to be dissected and the behaviour it generates should be gauged in order to update our perceptions.

The popular narratives about the conditions of the Pashtun should be deconstructed. Such accounts are often a product of propaganda, sometimes of naivety and bewilderment caused by inability to connect and make sense of apparently disparate events. They are often a blend of grievances, angst and conspiracies. Unfortunately, any discussion of the Pashtun belt is more or less a manifestation of a mind-frame that is informed by these three factors. The history of this area is blurred by varied and divergent vested interests, so is the current understanding of events and behaviour-shifts, if any.

The role religion plays in this belt cannot be ignored because it has been ingrained in the social and political fabric of the society. Due to radicalisation of the previous few decades, religion now also plays a pivotal role even in familial lives of the Pashtuns. Let’s not be apologetic of how the people understand religion there. Yes, it may have been utilitarian and some edicts of the faith may have been consistent with the Pashtun honour code, and because of these factors religion may have won popular acceptance in the area centuries ago. But the perception and understanding of religion has now been changed for too long. The penal aspect of religion has overshadowed the more utilitarian aspects. To start with, Pashtun culture never had a penal code that was harsh or which rendered the convict a burden on society and ruined its life. The penal code was more conciliatory than revengeful. Sadly, with the erosion of Jirga system and corrosion of traditional values, the revengeful penal code is now readily acceptable in popular narrative in Pashtun culture.

The mullah once had a traditional role, more an honorary one than a decision maker. The jihad-ensued radicalisation required changing of this rule. Traditionally a part of the jirga, only in the capacity to give it more Islamic legitimacy rather than authority on decisions and exposing caveats of the matter from the Islamic perspective, the mullah with state-sponsorship came out of the pulpit to which he was traditionally assigned. He became an institution with its set of rules and precedents and associated behaviour. It will be a transgression to blame this institution for all the afflictions the Pashtun society currently finds itself in, but when looked at through a historical lens, the role of the mullah in exploiting the love of Pashtun for religion is immense.

The pulpit played a role in the formation of the Pashtuns’ world view, which is normally appreciated. Be it jihad in Afghanistan or Kashmir, the swift rise of Fazlullah in Swat or the mindlessness in Fata, the complacency and sometimes even active involvement of mullah is overshadowed by the alleged involvement of state in militancy in these areas. In a settled area, where there was no recourse even to jirga, imagination of such a prospect watered their mouths. First they sided with Fazlullah on all theological issues (the issues to surface first were the innocuous ones like Eidgah, Wasta [intercession] and visit to graveyards), although the issues were trivial, yet it deeply troubled the people, as mullahs at once left their previously held beliefs and started to preach the Fazlullah version. It was a symbiotic relationship which benefited both.

The mullah once had a traditional role, more an honorary one than a decision maker. The jihad-ensued radicalisation required changing of this rule

Such symbiotic relationships some time ago between the state and mullahs and now between extremists and mullahs are political in nature and serve to entrench role of the mullah, advertently or inadvertently, but to the detriment of traditional more utilitarian values. As discussed earlier, rather than emphasising the conciliatory role of traditional penal justice, the new establishment has proclivity towards harsh pronouncements that are meant to instill fear in hearts of those punished. Yes, the powers that be were interested in radicalising the area for their pet militancy but the role played by the mullah as in institution in narrative building is deeper than actually acknowledged.

The need of the hour is challenging such monopoly over interpretation of sacred texts and enforcing the conciliatory aspects of Shari’a rather than the penal ones. The narrative of ‘Islam in danger’ is rather deeply ingrained in Pashtun society and can’t be easily dispelled by showing facts and figures. A conscious effort needs to be made to expose which part of the social establishment is benefitting the most from such a xenophobic and populist narrative. Pashtuns used to love their culture, but with onslaught of Wahabist global pan-Islamism, the culture has now receded to be the enforcer of the ideology rather than a driving force for ideology. This needs to be challenged. Pashtun culture needs to be revitalised, it is the only way forward to fight the menace of extremism in the Pashtun belt.