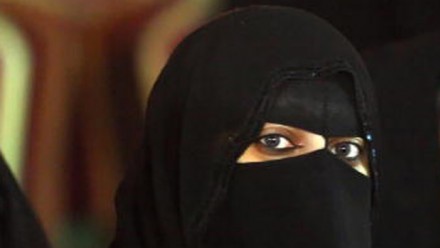 As Saudi Arabia mourns the death of King Abdullah, human rights groups argue he should not be remembered for championing women’s rights, despite the modest changes that he introduced.

The conservative kingdom has an abysmal human right record, particularly with regards to protecting women. Although in recent years the rights of women have been incrementally extended – they were allowed to vote in local elections, for example – their actions are still severely restricted.

However, last year his adult daughters revealed that they had effectively been held “hostage” in his palace in Jeddah for more than a decade, in an interview with Channel 4 News.

“No-one is allowed in or out”, they said, describing how cut-off, isolated and alone they felt.  “If he does that to his own children, how do you think the rest of the country is?” said Princess Jawaher.

In a country where a woman cannot open a bank account without her husband’s permission, here are several other things women in Saudi Arabia are still unable to do:

Go anywhere without a male chaperone

When leaving the house, Saudi women need to be accompanied by a ‘mahram’ who is usually a male relative. Such practices are rooted in “conservative traditions and religious views that hold giving freedom of movement to women would make them vulnerable to sins,” according to The Guardian.

In one extreme case, a teenager reported that she had been gang-raped, but because she was not with a mahram when it occurred, she was punished by the court. The victim, known as “the Girl of Qatif’ was given more lashes than one of her alleged rapists received, the Washington Post reports.

There is no official law that bans women from driving but deeply held religious beliefs prohibit it, with Saudi clerics arguing that female drivers “undermine social values”.

In 2011 a group of Saudi women organised the “Women2Drive” campaign which encouraged women to disregard the laws and post images and videos of themselves driving on social media to raise awareness of the issue in an attempt to force change. It was not a major success.

Saudi journalist Talal Alharbi says women should be allowed to drive – but only to take their children to school or a family member to hospital. “Women should accept simple things”, he writes for Arab News. “This is a wise thing women could do at this stage. Being stubborn won’t support their cause.”

Saudi Arabia is the only other country in the world, apart from the Vatican City where women are not allowed to vote, but men are, the Washington Post reports. However, a royal decree will allow women to vote in local elections in 2015.

Go for a swim

Reuters correspondent Arlene Getz describes her experience of trying to use the gym and pool at an upmarket Riyadh hotel: “As a woman, I wasn’t even allowed to look at them (‘there are men in swimsuits there,’ a hotel staffer told me with horror) — let alone use them.”

Try on clothes when shopping

“The mere thought of a disrobed woman behind a dressing-room door is apparently too much for men to handle,” says Vanity Fair writer Maureen Dowd in ‘A Girl’s Guide to Saudi Arabia’.

Other more unusual restrictions include:

However, explains Dowd, everything in Saudi Arabia “operates on a sliding scale, depending on who you are, whom you know, whom you ask, whom you’re with, and where you are”.

But things are slowly beginning to modernise in a country that has historically had some of the most repressive attitudes towards women.  “Women in Saudi Arabia are highly educated and qualified,” says Rothna Begum from Human Right Watch. “They don’t want to be left in the dark.”