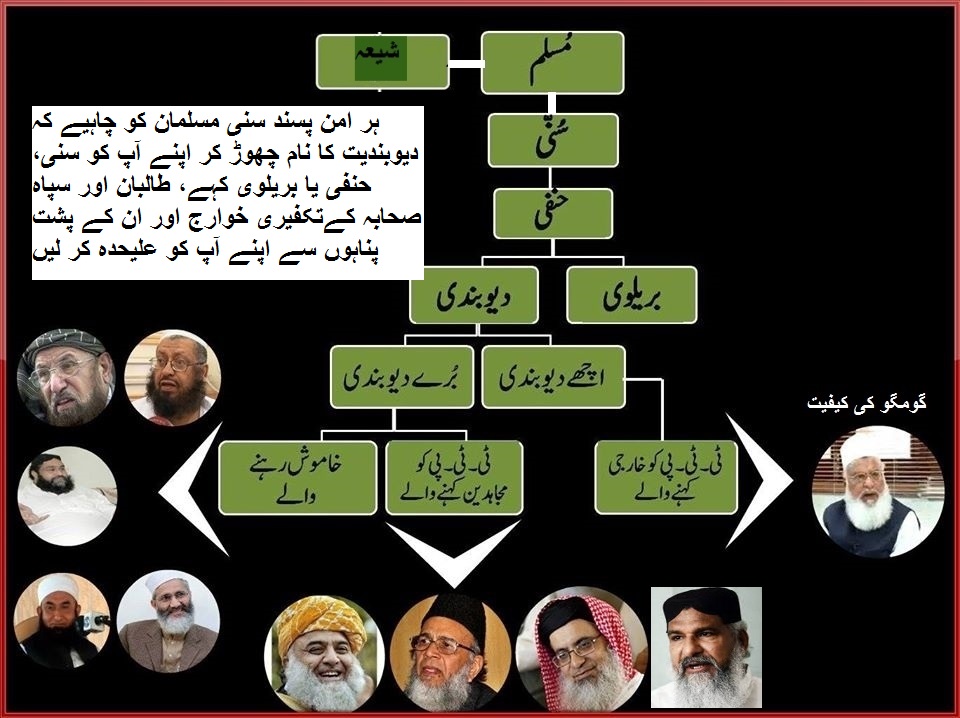 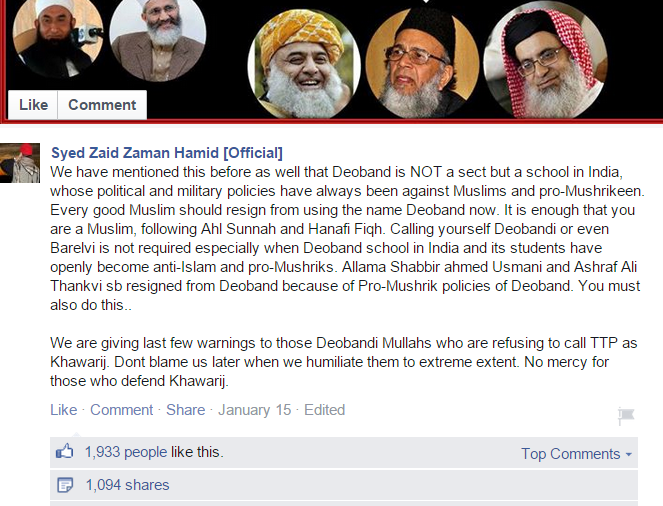 We have mentioned this before as well that Deoband is NOT a sect but a school in India, whose political and military policies have always been against Muslims and pro-Mushrikeen. Every good Muslim should resign from using the name Deoband now. It is enough that you are a Muslim, following Ahl Sunnah and Hanafi Fiqh. Calling yourself Deobandi or even Barelvi is not required especially when Deoband school in India and its students have openly become anti-Islam and pro-Mushriks. Allama Shabbir ahmed Usmani and Ashraf Ali Thankvi sb resigned from Deoband because of Pro-Mushrik policies of Deoband. You must also do this!

We are giving last few warnings to those Deobandi Mullahs who are refusing to call TTP (and their ASWJ affiliates) as Khawarij. Don’t blame us later when we humiliate them to extreme extent. No mercy for those who defend Khawarij.

This is how they create Khawarij…. Understand their plots, their language, its hidden meanings…. curse of Allah be upon them for their war against Ummat e Rasul (sm) and Pak Sarzameen. 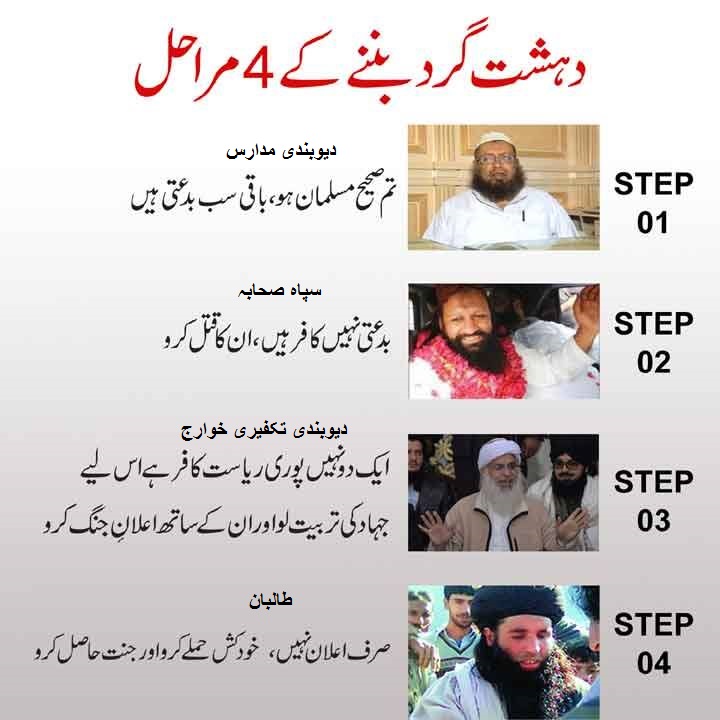