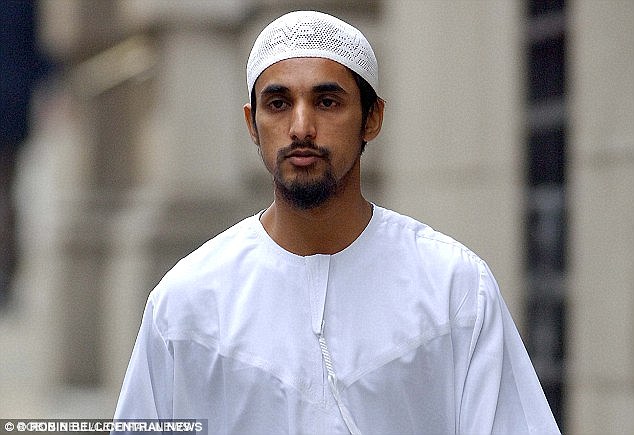 A British hate preacher backed the Paris massacres just hours after the bloody events unfolded and told his followers ‘Britain is the enemy of Islam’.

Experts have warned the sermon, which backed the jihadists who killed 17 people over three days in the French capital, could incite further killings.

Speaking to an audience in London which was streamed online to thousands of his followers, Rahman praised Al Qaeda and said ‘Britain is the enemy of Islam.’

Sam Westrop, director of counter-extremism group Stand for Peace told the Sunday Mirror: ‘His kind of rhetoric is not an echo of Islamist terror and extremism – it is a driving force behind it.

‘It is truly reprehensible for him to speak like this, especially so soon after Paris.’

His speech on Friday night came to light after reporters from the Sunday Mirror gained access to an online live stream – they then notified the Metropolitan Police.

The newspaper reported that in the video Rahman claimed France was carrying out ‘ethnic cleansing’, and told his followers what happened in France was ‘war.’ He said: ‘These cartoons is part of their own war, is part of the psychological warfare…you know what happens when you insult Mohammed.’

Rahman, who also goes by the name of Abu Baraa, is currently on police bail after he and others were arrested last year on suspicion of terror offences.

Rahman, was jailed for six years in 2007 after calling for British soldiers to be brought back from Iraq in bodybags.

He manages the Siddeeq Academy in Tower Hamlets, an Islamic tuition centre in East London.

In May last year Rahman was investigated by police after a video showed him praising the Boko Haram militants who kidnapped more than 300 Nigerian schoolgirls.

He said at the time: ‘People want to make it out as though history began on the day these girls were taken from – sorry I should say these women – were taken from this high school in Nigeria. ‘They didn’t do to these girls what the Nigerian government had been doing to the Muslims all these years.

On another occasion a court heard he told a crowd of around 300 people near the Danish Embassy in central London that British and American troops should return in body bags.

The Old Bailey saw film of Rahman in which he said: ‘We want to see them coming home in body bags.

‘We want to see their blood running in the streets of Baghdad.’

Rahman also had placards calling for the annihilation and beheading of those who insulted Islam.