New research by some “commercial liberals” (yes the same lot that legitimately criticizes Pakistan army on its support to the LeT/JuD and other Jihadist outfits but never mentions the USA’s lasting alliance with Saudi Arabia in enabling the transnational Salafi Wahhabi and Deobandi terrorists in Syria, Libya, Bahrain, South Asia etc) reveals that it is the Sunni Barelvis/Sufis, not Deobandi Taliban, who kidnapped and tortured Shahbaz Taseer, son of slain Punjab Governor Salmaan Taseer.

Can we trust research and analysis by those “researchers” who misattribute Deobandi terrorism to Suni Barelvis, Sufis, Shias or even Salafis?

Can we trust Deobandi apologists who indulge in plain lies and false neutrality to claim that Sunni Sufis, Barelvis and Shias are as violent as Deobandi takfiri terrorists who have killed more than 45,000 Sunni Sufis, 22,000 Shias and hundreds of Christians, Ahmadis and Hindus in Pakistan alone?

Can we expect an iota of integrity and morality from the foreign NGO-funded Deobandi-apologist liberals?

And then they are tyring to tell us that Barelvis/Sufis (45,000 of whom, along with 22,000 Shias, have been killed by Deobandis in Pakistan alone) are as bad as Deobandis?

Context: Arif Jamal posted of Shahbaz Taseer being tortured in the Deobandi Taliban-ASWJ’s custody and misattributed that violence to Sunni Barelvis. While he later removed the pictures, the anti-Barelvi comment still reeks of his bias and lack of integrity. 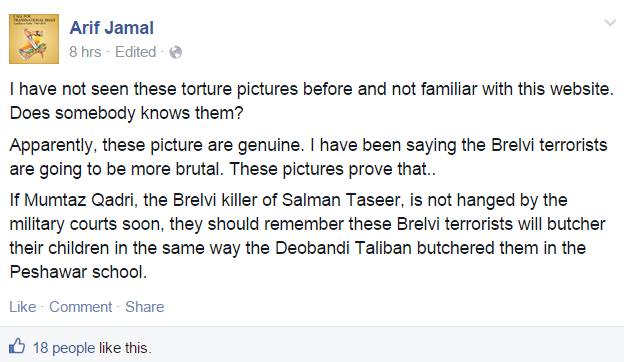 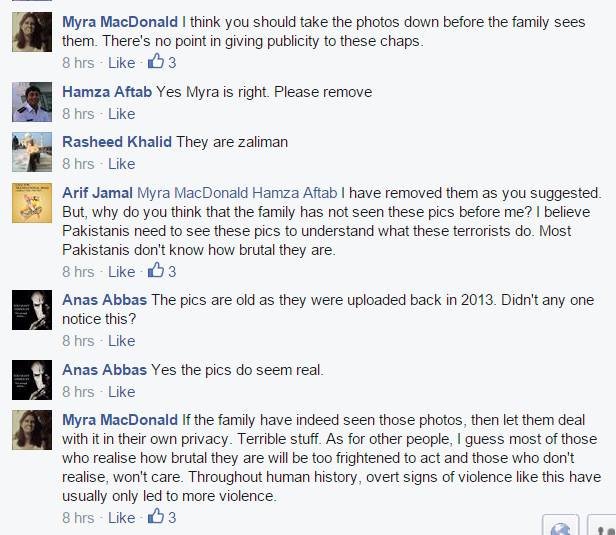