Home  »  Original Articles   »   On Shah Waliullah, The Deobandis and the Wahhabbis – Rahul Sharma 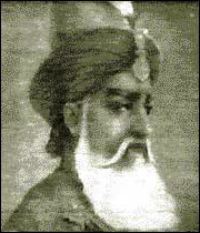 Something on the background of religious violence in what is now Northern India and Pakistan.

In the early 18th century, the Mughal empire in India was struggling, after the death of its last most powerful and the longest ruling king, Alamgir or Aurangzeb. Aurangzeb’s rule saw several revolts across the country, the two most notable ones being of the Marathas and the Sikhs, especially after the Martyrdom of Guru Tegh Bahadur, which Aurangzeb had ordered in order to dissipate the Sikh, he viewed it as a heresy.

The Marathas, after their charismatic leader Shivaji’s death, gradually became organised into a confederacy. who fought guerilla battles against Mughal forces all along the areas surrounding the east of Bombay. Soon enough they came under the leadership of the Peshwa, a politico-military leader.

The Sikhs, after the Guru’s Martyrdom, were organised into a Panth, or Path of faith, under his son, the tenth and the Final Guru, Gobind Singh. It started growing, fighting the oppression of the Mughal governors of Punjab. In addition to the revolts in the south and north of the Mughal empire, there were intrigues in the court at Delhi, that led to murders of kings, powerful chiefs and power brokers, and taking advantage of this instability, governors of several provinces became de facto independent rulers of their realms.

In Delhi, lived a cleric, Qut-ud-Din Ahmed, also known as Shah Waliullah. He had returned from Arabia, after spending several years there studying theology. Must mention here that one of his teachers in Arabia was Abu Tahir Al Kurdee Al Madanee, whose most prominent student also included Mohammed Hayya Al-Sindhi, the man Abdul Wahhab was most influenced by.

Wahhab and Waliullah lived at the same time in Mecca, and must have attended some sessions together or even interacted. And there probably lied the links between the subsequent ‘reform’ movements in South Asia and Wahhabbism. Waliullah returned to India in 1732 and saw the deteriorating Mughal power, the decline was complete in 1739, when Nader Shah Azeri invaded and absolutely destroyed all trace of Mughal rule from most parts of Northern India. The vacuum saw Marathas closing in from the South and Sikh Misls forming themselves in a similar confederacy, though not as strong as the Marathas until the late part of the 18th century.

Waliullah saw in the Marathas and Sikhs a threat to the Islamic state that he believed was established in India. Fearing complete loss of power of the Muslims, he appealed to the Afghan King, Ahmed Shah, who had succeeded Nader Shah, to invade and defeat the Sikhs and the Marathas. Abdali attacked Northern India a number of times, inflicting a decisive defeat upon the Marathas at the battle of Panipat, however he was not able to retain a permanent control over the territories he conqeured.

Suffering severe losses, the Sikhs instead continued to gain strength and momentum. and after Abdali’s death in 1772, more or less destroyed Afghan and Mughal power from the Punjab. An exception was the governorate of Malerkotla, where there was a substantial bulk of Shias, who had always enjoyed very good relationship with the Sikhs.

Shah Waliullah died, a disappointed man, his hopes shattered, as the Maratha confederacy also managed to revive some of their power in the absence of any Afghan or Mughal power around Delhi.However, Shah Waliullah’s son, Shah Abdul Aziz, continued with his father’s mission, he inspired his follower Syed Ahmed to fight the powerful Sikh state in punjab, by unifying the Muslim Pashtun tribes along Wahhabbism. He failed, many of his followers murdered and kicked out. The Sikhs closed in on him and killed him.

However, what he had left behind, the germ survived and grew powerful, gradually. In India, after the conclusive english victory in the war of 1857, Waliullah’s followers, his ideological descendants, formed a school in a town close to Delhi, called Deoband. And Deobandis expanded their influence, especially in the North Western regions, bordering Afghanistan. And today, these Deobandis, and their alliance with the Wahhabis, is the main, the primary cause of much of the conflict or violent militancies we hear of in Pakistan.