Home  »  Newspaper Articles   »   From these terrified men what can we expect? – Ayaz Amir 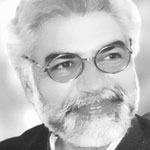 The country’s two leading politicians are now Nawaz Sharif and Imran Khan (mercifully not anymore Asif Zardari, and even more mercifully not the likes of Khursheed Shah).

Nawaz Sharif is terrified of the Taliban and not in a hundred years can have his heart and soul in any fight-to-the-death against the curse of Takfiri (Deobandi) Islam…that brand of the faith, now spread across wide swathes of the world of Islam, which considers all heretics (those who do not agree with it) deserving of death by the sword, or the bullet. Boko Haram in Nigeria is of this persuasion. Daish or the Islamic State, in Iraq and Syria, is spurred by the same belief. The perpetrators of the Peshawar carnage were fired by the same spirit…carrying out their slaughter, with not a tremor in their fingers or compunction in their hearts, in the name of Islam.

This point is worth restating. The Taliban in Nigeria would be the Boko Haram. In Syria and Iraq they would be marshalling their fervour under the banner of Daish. Let us at least be clear in our categories.

Interior Minister Nisar Ali Khan, heading the parliamentary committee tasked with the responsibility of devising a national plan against terrorism (they’ll never use the phrase religious extremism), is a closet Taliban sympathiser. (I say this with a full sense of responsibility.) Remember, he is the same guy who went into a near-coma at the death of Hakeemullah Mehsud, sputtering with barely-suppressed rage that the killing of the Taliban leader (through a drone strike) had sabotaged the ‘peace process’.

It doesn’t take a Munawwar Hasan to show that the Jamaat-e-Islami taken as a whole is deeply imbued with feelings sympathetic to the Taliban. Stand Sirajul Haq, Liaquat Baloch, Fareed Peracha (to name only these) against a wall and they’ll go into long explanations, giving you a history of the world, but not coming out with a word condemnatory of the Taliban.

To its honour the Awami National Party is forthright on this subject. Unfortunately, it is no longer the party of Bacha Khan or even Wali Khan, its flag tainted by stories of corruption, its word therefore no longer carrying the moral weight it once did.

And what there is of the state dare not touch Malik Ishaq, a champion of the faith who has never hidden the passion which animates his commitment to sectarianism. And Maulana Muhammad Ahmed Ludhianvi Deobandi has reinvented himself, from chief of the Sipah-e-Sahaba to chief of the Ahle Sunnat Wal Jamaat, an outfit with branches in every district of Punjab. (Malik Ishaq Deobandi is the deputy head of this organisation.)

Given this cast of characters – from Nawaz Sharif the brave to Imran Khan the clear-sighted, down to outright Taliban sympathisers like the Jamaat and the Jamiat – what counterterrorism strategy are we talking of? Officers and jawans have been dying ever since the present operation started in North Waziristan six months ago. Have political leaders woken up to this reality only after the Peshawar carnage?

Nawaz Sharif has ended the moratorium on hanging. Great. But this was only after the army chief’s ‘suggestion’. Even so, let us wait for the first convicted terrorist to be hanged before applauding this new-found courage.

But the question to ask: since when were wars fought by committees? Did the British ask a committee to devise a plan of action when Hitler started the Second World War? Did Stalin ask a Nisar Ali Khan to come up with the right answers when Russia was attacked? Did Putin make speeches when over 300 school children were massacred by Islamic extremists in the town of Beslan? Did the Sri Lankans keep scratching their heads when they decided to crush the Tamil insurgency?

Imran had his chance to become the Pakistani Churchill or Ataturk or de Gaulle when he sat next to Nawaz Sharif in Peshawar on Wednesday…if he had stood up and denounced the cowardice and inaction of the assembled political leaders…if only he had said it was time for action not running around in circles. But he went along with that tide of fluff and empty posturing and missed his chance.

The truth is these are men of straw, terrified of their own shadows, in no position to give the nation a lead. And the nation’s tragedy is that while its ordinary people – men and women, boys and girls – do not lack spirit, time and again having given proof of this, as punishment for its sins or something similar, it has been condemned to poor, mediocre, corrupt and even squalid leadership. Let it also be said for the record that military redeemers have proved no better than their civilian counterparts.

The army has made more than its share of mistakes, successive commanders primarily responsible for taking the fatal path which has ended in making Pakistan a cockpit of ‘jihad’ and religious extremism. We were not always like this. We have become this. In our ideological and strategic laboratories we played with experiments and toyed with demons of whose destructive power we were unaware… and are now paying the price for that folly and heedlessness.

But the army has turned a corner. Let not false democratarianism downplay the importance of this shift. If not belated wisdom, circumstances have forced it to take the field against the spectre of Takfiri Deobandi Islam now haunting Pakistan. How many more throats would have to be slit, how many more school kids slaughtered, for the nation’s leaders to recognise that this is a war to the death in which half-measures, expediency and cowardice will not do?

But we must also be realistic. Army and PAF have to realise that they can expect little real comfort from the political sphere. The people are with the army and the air force – except perhaps in Balochistan where a different ballgame is on – but for all essential purposes, for decisions affecting war and peace, the military are out there on their own.

This is a war in which the domestic front, the home front, should be seamlessly interwoven into the military front, the one reinforcing the other. But those in charge of the home front have a proven record of moral and intellectual bankruptcy.

I was standing in Girja Chowk just off the Mall in Lahore on Wednesday evening, the day of the conference in Peshawar, when I saw shops being shuttered and sirens wailing and when I asked one of the traffic wardens he said, sarcasm and contempt dripping from his face, ‘younger bhaijan is coming’. The shops were being closed half an hour before his arrival. If this is not bankruptcy of spirit, what else is?