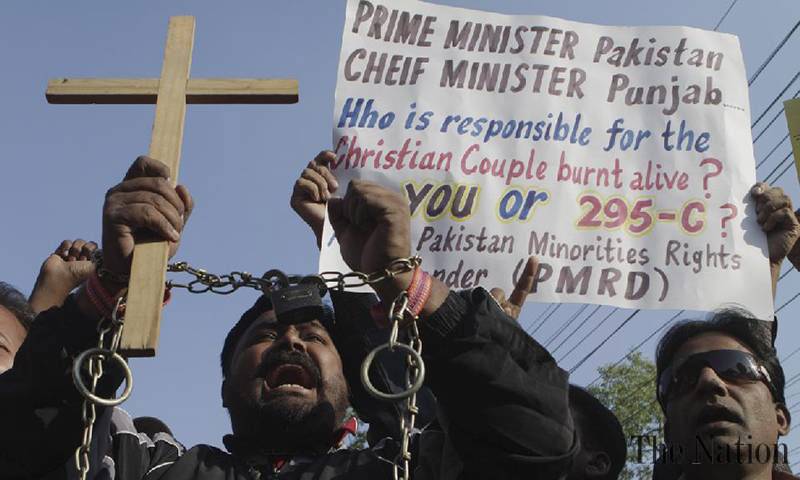 STRASBOURG – The European parliament called Thursday on Pakistan to overhaul its blasphemy laws with a view to repealing them, saying they were “increasingly used to target” Christians and other minorities.
The parliament expressed particular concern about the case of Asia Bibi, a Christian woman sentenced to death four years ago for blasphemy.
Her sentence was upheld last month by a high court in Lahore, dashing hopes the conviction might be overturned or commuted to a jail term.
In a non-binding resolution, members of the European parliament in Strasbourg, France expressed their concern that blasphemy laws “are increasingly used to target vulnerable minority groups, including Ahmedis and Christians, in Pakistan.”
The resolution “calls on the government of Pakistan to carry out a thorough review of the blasphemy laws and their current application … with a review to repealing the laws.”
It also “calls on the government of Pakistan to abolish the death penalty, including for blasphemy or apostasy.”
Around 50 MEPs meanwhile wrote to EU foreign policy chief Federica Mogherini urging her to ask Pakistan to show clemency toward Asia Bibi.
In a final recourse in her case, Bibi filed an appeal in Pakistan’s top court Monday.
Pakistan has never executed anyone for blasphemy and has had a de-facto moratorium on civilian executions since 2008.