Home  »  Newspaper Articles   »   Economic targets: Govt has failed to deliver on most of its promises 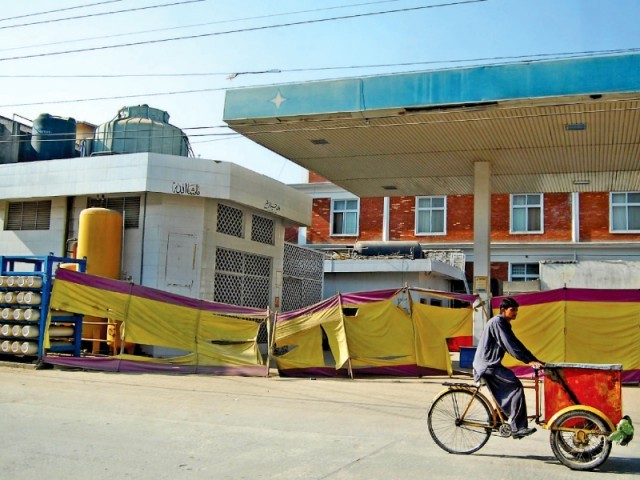 In its first year, the PML-N government could not achieve all but one of the economic targets it promised to deliver in its election manifesto and prospects for the current year also remain uncertain, shows the findings of an independent think tank.

Reduction in budget deficit was the only target the PML-N delivered in its first year in power, said Dr Hafiz Pasha, a renowned economist and a former finance minister, while sharing findings of the Institute for Policy Reforms (IPR).

In its elections manifesto, the PML-N outlined 14 economic targets out of which nine were related to macroeconomics, two in the power sector and three in the social sector.

Dr Pasha said there was some improvement on three goals but progress remained below the desired results. He added that the situation remained the same in five areas while it deteriorated in the case of five critical sectors.

The IPR noticed improvements in areas of tax-to-GDP ratio and though collection fell short of the target, there was slight improvement in public debt to GDP ratio and increase in health spending as percentage of GDP.

The tax-to-GDP ratio improved from 9% to 9.3% but fell short of the target of 10.2%. The public debt-to-GDP ratio slightly improved but was still in violation of statutory limit.

Most sectors remained almost at a standstill. In the case of Large Scale Manufacturing (LSM) growth, technical and line losses remained at 17.5%, spending on education as percentage of GDP was still at 2.1% and social protection spending was 1.1% of the GDP.

However, there was marked deterioration in the case of economic growth, inflation, investment, non salary expenses and recovery of electricity bills. The electricity bills recovery ratio fell to 90% from the level of 94% in the last year of the PPP government.

The PML-N manifesto is an impressive document but what is required is the implementation of the promised reforms, said Dr Pasha.

Dr Pasha said there was clear success in reducing the fiscal deficit to the targeted level but the work of “creative accounting cannot be ruled out”.

He said heavy reliance on foreign borrowing remained the hallmark of the previous year and the PML-N government added $5 billion to the country’s external debt. He suggested the government to focus on the revival of the economy.

Dr Pasha said the most worrisome aspect was that the economic growth rate did not improve. He said although the government did not officially release the revised GDP growth rate figure, the IPR’s assessment, which is based on official data, suggests that the growth was in the trajectory of 3.3% to 3.5% last year.

“The economy seems to be locked in a slow growth trap and underlying economic weaknesses persist,” said Humayun Akhtar Khan, former minister for commerce and chairman of IPR Board. He said with the decline in both public and private investment, people do not know from where the driver of growth will come.

“The new fiscal year has not started very well and there is a reversal of few positive developments that took place in the last fiscal year,” said Dr Pasha. He said the 4.9% fiscal deficit target will be missed, development budget is expected to be cut due to shortfall in tax revenues, investment will not pick up and economic growth rate will remain at best at 4% due to uncertainty, floods and persistent load shedding.

He urged the finance minister to improve coordination with other economic ministers.

He said prices of wheat, palm oil, cotton and crude oil fell significantly in the international market in the first quarter but there was no benefit to domestic consumers.