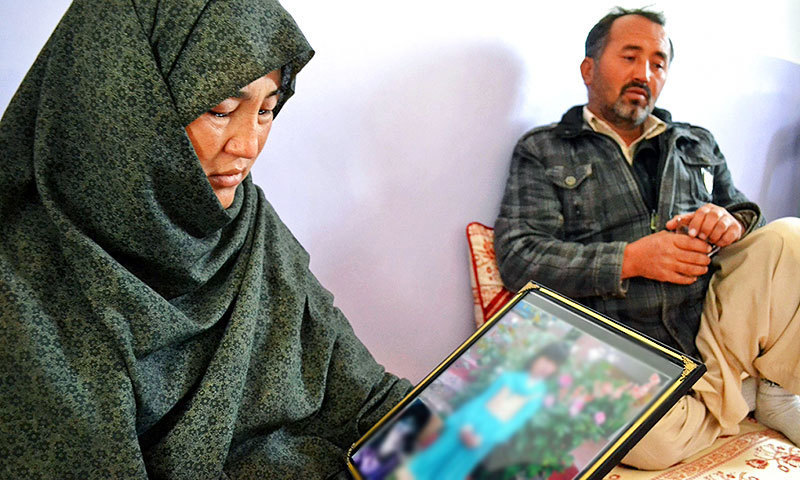 In October 2013, many will still remember, a minor girl was picked up from a hospital courtyard in Lahore, raped and then let go. Albeit in terrible shape, she survived.

CCTV footage that caught the main accused on tape was aired repeatedly by all current affairs TV channels for days. Much airtime and newspaper inches were devoted to the incident generating near universal outrage against the ill fate visited on the child.

Rarely had a crime against children in Pakistan generated such high intensity, and long running prime-time media coverage that helped shine the spotlight on a depravity that is more widespread than it appears.

The quality of coverage was another issue altogether and generated controversy over its insensitivity and inappropriate nature. But, that is a debate for another time.

This month in Quetta, a minor girl also went missing. The kidnapping was not caught on tape but the end was more tragic: she was tortured after apparently being subjected to rape attempts, and then killed. Photos of the body were circulated widely through emails and social media.

She was an ethnic Hazara, the daughter of poor parents.

There has been virtually no media coverage.

The English language newspapers have carried a few reports about it and the Urdu-language print media even less. TV channels are characterised by a near-deafening silence.

Why this difference between media coverage of events of equally horrific proportions?

Why this difference in coverage?

There are no written policies in the Pakistani media sector that dissuades media houses from covering certain themes, regions and people, of course. And yet, the media in general prioritises reporting of these partly by way of unwritten policies, and partly by default.

Unwritten policies dictate some taboos — the patchy and pitiable coverage of Balochistan in general, and the misfortunes of the marginalised communities therein is the manifestation of pressures from both state and non-state actors.

Highlighting issues and communities that touch communal violence, class and circumstance from Balochistan entail greater likelihood of blowback from pressure groups than it does in regions like Punjab, Sindh and Khyber Pakhtunkhwa. The media has, therefore, learnt to navigate the competing demands and expectations heaped on them by the pressure groups. Restraint and approved rhetoric are the regulations for Balochistan when it comes to media sound bytes.

The issues and events the Pakistani media covers are also heavily dictated by circumstance — four-fifths of Pakistan’s media density lays east of the Indus: Islamabad, Punjab and Sindh. Hence these regions figure more, and more consistently on the airwaves, than the regions west of Indus: Khyber Pakhtunkhwa, Federally Administered Tribal Areas and Balochistan.

This characteristic is, however, not just a manifestation of the fact that where the need for and about information is greatest is where it is least available. It is also a matter of audiences and, hence, advertisers.

Because the primary business of media is to sell its audiences to its advertisers, Pakistani media services information, commentary and analysis about regions on its screens where its viewers and readers are in bulk. It’s easier to attract eyeballs to outrage emanating from Punjab and Sindh than it is from Khyber Pakhtunkhwa or Balochistan.

This is partly why the travails of thousands of people in Thar, despite not being an urban agenda, gets more coverage and more consistently than the plight of hundreds of thousands of IDPs from Fata who have been homeless in Khyber Pakhtunkhwa.

The Pakistani media is also, inevitably, choosy in its political bent.

Overwhelmingly headquartered and operational in regions that are politically and economically more stable (east of Indus), their agendas are mostly urban (political and economic), their preoccupations those of middle classes (religion and business) and their priorities more profit-oriented (advertising and consumerism) than issue-based (development, empowerment or reforms — and this is also why opinion triumphs over analysis).

For the media, the victim in Quetta ticked off all the wrong boxes.

Pakistan’s media — while a compromised prisoner of its own market and moral dynamics — deals in the mainstream, not the marginalised.

Despite the low-income background of the family of the girl victim of Lahore, the media regarded that she was in the ‘right’ province, had an urban background and provided the right backdrop to draw the right audiences that the advertisers clamour for.