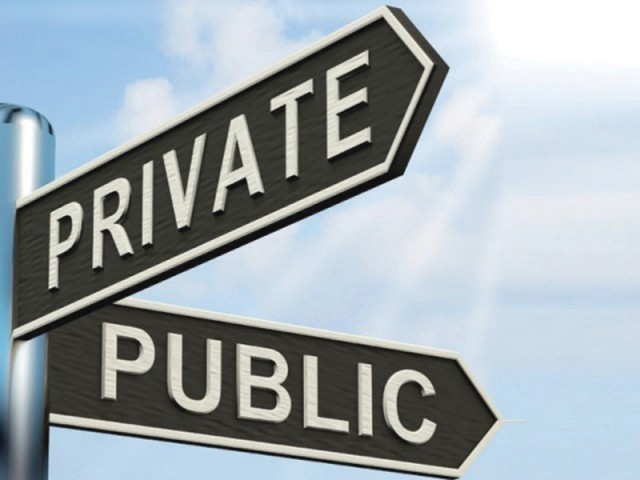 Ever since the Supreme Court declared the privatisation of Pakistan Steel Mills (PSM) null and void in 2006, it has been a challenge for Pakistan to undertake its plan of slowly and gradually divesting itself of state-owned enterprises.

With the financial crisis that took the entire globe in its fold in 2008 and the inability to raise finances through debt and equity capital markets, Pakistan has had to rely on multilateral lenders and local banks to fund its budgetary deficits.

While chants like “austerity”, “corruption” and “bad governance” take our discussions off on a tangent, it was simple inaction on the part of the state that has caused the widening of deficit in its finances. A key role was played by the hyperactive judiciary, whose actions were feared. Status quo was the order of the day and destruction of state finances was a norm.

With a new government in place and after retirement of Iftikhar Muhammad Chaudhry, Pakistan through the Privatisation Commission (PC) reinitiated its divestment programme in early 2014.

United Bank Limited’s (UBL) 394 million shares were sold at Rs158 per share, raising over Rs38 billion with more than 80% of the funds being raised in dollars through sale to foreign institutional investors.

This was followed by Pakistan Petroleum Limited’s secondary public offering in June. PPL’s SPO was first announced in 2012 by the previous government.

As things go in the country’s equity market, the state usually sells shares at a discount, hence PPL’s price remained subdued and its shares largely underperformed the market index, despite excellent earnings and payouts through cash and stock dividends.

A 5% shareholding was offered through the book-building mechanism. Following the success of UBL transaction earlier in the year, local investors showed great interest and bought shares at a 6.8% premium to the floor price set by the PC.

With a price of Rs219 per share, 70.055 million shares were sold, raising Rs15.34 billion for the government. With two good transactions in the bag, and a sovereign bond raised earlier in the year, the outlook for Pakistan’s capital market was looking very promising.

These transactions weren’t successful for the love of Pakistan, but because of the deep value the companies offer to local and institutional investors. PPL’s shares were offered at 8.4x PE and 2.3x PBV to FY14 results. UBL was offered at 2.18x PBV to CY13 results.

Ultimately, the government was preparing for the offer of OGDC’s 7.5% or 322.46 million shares through the book-building process.

At the current market price of around Rs250 a share, this is potentially a Rs80-billion transaction. Moreover, despite selling 7.5% shares, the government will still remain in control of 77.52% shares of OGDC, held directly and through the OGDC Employees Trust.

With the political turmoil in the country, a petition was filed in the Peshawar High Court, demanding a stay order on the planned sale of shares on October 3.

The stay was granted and a red faced PC had to announce postponement of the bidding process, which was scheduled to begin after Eid holidays on October 9.

An appeal was filed with the Supreme Court which on October 10 accepted the appeal allowing the government to proceed with the bidding process, but “restrained the government from selling or transferring the shares until the conclusion of the case”.

Now, who would bid for shares and block funds, waiting for the court to give the judgment that concludes a case which has been filed on the basis of political motivation at the behest of a provincial government which is at odds with the federal government?

Now the court is firstly to determine the jurisdiction and then lengthy arguments on the petition will start. Easily one cannot expect things to be sorted out soon and the future of the capital market programme has a big question mark.

We should understand the nature of the transaction. By sale of shares, the management of OGDC is not changing hands, even the composition of the board of directors is unlikely to change.

The exploration licences and various contracts will not change as well. Please do not entertain petitions which are not on matters of natural resources between provinces and the federal government, but actually are politically motivated between two political parties, at odds with each other.

Ever since the politics of demonstrations started, the positive momentum and interest in Pakistan’s market is reducing. The last thing we would want is the momentum to get completely wiped out.