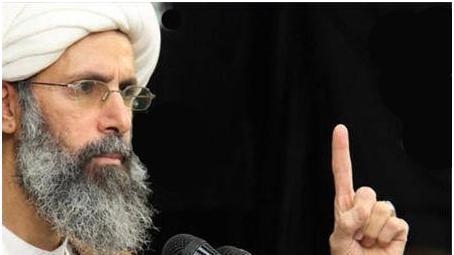 We the concerned citizens of Pakistan denounce the verdict of a Saudi court imposing death penalty on rights activist and dissident scholar Sheikh Nimr Baqir al-Nimr and call on the Saudi authorities to quash the sentence and give him a fair trial.

Sheikh Nimr was sentenced to death on October 15, 2014 by The Specialized Criminal Court (Saudi Arabia’s counter terrorism tribunal) on multiple charges of “disobeying the ruler”, “breaking allegiance with the ruler,” “inciting sectarian strife,” “delivering anti-government speeches,” “provoking anti-government demonstrations” and “interfering in the affairs of a sisterly nation (Bahrain)”.

The exact nature of charges against Nimr, however, remains unclear.

Sheikh Nimr was detained in July 2012 after backing mass pro-democracy protests that erupted in February 2011 in the Qatif district of eastern Saudi Arabia. About twenty people were killed during the 2011-12 protests in Qatif and Awamiyah, while over 1000 protesters including children were detained. Two hundred and eighty people are still in jails, at least five of them have been sentenced to death.

Nimr, who suffered bullet injuries during his arrest by Saudi law enforcement agencies, was denied medical treatment during his detention.

Procedural irregularities and lack of transparency in Nimr’s trial make mockery of justice and violate international law. With Saudi judiciary known for its bias in favour of the royal family, the jury that convicted Nimr failed to meet the minimum standards for independence and impartiality.

International law requires that, in cases of capital punishment, trials must meet the highest standards of fairness and due process.

Nimr had been fighting for the rights for Saudi minorities particularly the Shia community.

The sentencing reflects the repressive policy of the Saudi regime towards political opponents and religious minorities. It’s a proof that Saudi authorities do not allow free expression and peaceful struggle for attainment of legitimate rights.

Furthermore, it is feared that the death penalty after a trial lacking fairness would undermine the prospects of reconciliation within Saudi Arabia and would hurt sectarian harmony in Muslim societies across the world.

Meanwhile, we appeal to Pakistan government to use its good offices to demand of the Saudi monarchy to overturn Nimr’s death sentence and release him.