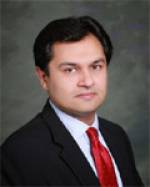 Editor’s note: While Dr Taqi legitimately highlights the Saudi roots of global Salafi Wahhabi terrorism and its key role in the spread of ISIS and other similar terror outfits across the globe, it is also important to take into account the questionable role played by the USA and its ongoing partnership with Saudi Arabia, Qatar and other Gulf countries in the spread of Salafi Wahabi and Deobandi terrorism. Also it is important to note that within Pakistan and Afghanistan, it is the Deobandi terrorists who continue to act as useful surrogates of Saudi Salafi Wahhabi sponsors.

The Muslim pilgrimage is an elaborate set of time-sensitive, site-specific and labour-intensive rituals where even the most politically attuned would find it impossible to pay any attention, if at all, to whatever the mufti says.

This past Friday, the grand mufti of the Kingdom of Saudi Arabia, Sheikh Abdelaziz al Sheikh, addressed over two million pilgrims gathered in Arafat and around Makkah, saying, “Your religion is targeted. Your security, ideology, strength and intellect are all targeted.” He was taking a dig at the Islamic State of Iraq and Syria (ISIS). I am afraid he said too little, too late to help decimate ISIS and was too restrained to transform the Saudi regime. He was actually answering the call by King Abdullah to help confront ISIS. There is little doubt that ISIS and similar groups are but a culmination of the last several years of interventions by Saudi Arabia, its upstart competitor Qatar and the Islamist government of Turkey against Syria, Iraq and the Kurds, while the US pretended to look the other way.

The former Saudi intelligence chief, Bandar bin Sultan, is one of the key architects of the current mess in the Middle East. There is hardly any difference between ISIS’s creed and the ideology that the house of Saud imposed on the Arabian Peninsula and exported worldwide. Indeed, the practices of ISIS and the Saud clan are also remarkably similar. In their original foray into establishing regional hegemony, the Saudi-backed hordes pillaged the holy shrines at Karbala and Madinah’s Baqee cemetery the exact same way ISIS is doing now. The Karbala shrines were reconstructed later as the Saudi proxies were beaten back but they would not allow the rebuilding of the ones at Madinah, which remains firmly under their heel. As the mufti rumbled on, the Saudi government appointed minders at the Baqee cemetery continued very vocal takfir (apostatising) of the visitors in Urdu, Pashto, Persian and, of course, Arabic. Why the rhetoric then?
I happened to be in Arafat on the second day of hajj 2014 and remain pretty sure that we were not the target audience of Mufti Abdelaziz’s sermon. Most of the pilgrims do not even know that there actually is a sermon let alone understand it. The pilgrims are divided into groups and subgroups, and hold prayer sessions at an individual or group level. The hajj sermon does not reach the overwhelming majority of the pilgrims directly and hardly anyone listens to its translations aired on an FM radio channel. The Muslim pilgrimage is an elaborate set of time-sensitive, site-specific and labour-intensive rituals where even the most politically attuned would find it impossible to pay any attention, if at all, to whatever the mufti says.

Sheikh Abdelaziz was zeroing in on his domestic audience including the subordinate clergy, bureaucracy, armed forces, law enforcement agencies and the Saudi population at large, but also playing to the international gallery. The visiting leaders from Muslim countries and the diplomatic corps were then assembled on the third day of hajj at the royal palace in Mina and Crown Prince Salman bin Abdelaziz read to them a message from King Abdullah reiterating the Saudi intent to confront the “followers of a deviant ideology” and that “Saudi Arabia will not rest until completely stamping out terrorism and extremism.”
The Wahhabi kingdom has been the chief exporter of Islamist extremism since its inception — 17 of the 9/11 terrorists were Saudi after all — and were it to reverse its patronage of terrorism it would be a most welcome move. Saudi anxiety is palpable but it is not out of compassion for the victims of ISIS’s grotesquely brutal war. Over 2,000 Saudi nationals have reportedly been fighting alongside ISIS and the Riyadh regime is worried about the twin threat that some of them or their fellow travellers within the kingdom and ISIS knocking at its northwestern borders might pose. This would not be the first time the house of Saud feels the heat from the jihadist fires it has been stoking as far out as Afghanistan and Pakistan.
The Saudi Ikhwan, sired by Emir Ibne Saud, before he re-established the Wahhabi kingdom, had rebelled against the regime in the early 20th century. After that came the infamous takeover of the Kaaba holy mosque by Juhayman al-Utaibi’s Ikhwan on November 20, 1979, which ended violently. As author Arif Jamal notes in his recent book on the Pakistani Salafist enterprise Jamat-ud-Dawa (JuD), the call to transnational jihad, the Juhayman’s Ikhwan, had started off by smashing mannequins in shops in Madinah — something repeated by ISIS in the areas falling to it.

Both the Juhayman’s Ikhwan — they remain active in Saudi Arabia and as the JuD — the ISIS impugn the legitimacy of the Saudi regime on doctrinal grounds for not being Salafi enough and also consider it politically wayward. Little surprise then that ISIS teaches in its core curriculum the letters of Juhayman and writings of Ibne Wahhab al Najdi. Interestingly, Juhayman al Utaibi was the protégé of the then Saudi chief cleric, Sheikh Abdullah bin Baz. The most recent challenge to the Saudi monarchy was from al Qaeda. None of these rebellions deterred the Riyadh regime from consistently deploying violent jihadism as a key tool of its foreign policy. Indeed the Saudis bankrolled the so-called jihad in Afghanistan right after Juhayman’s rebellion. King Abdullah and Sheikh Abdelaziz’s words notwithstanding, there is little to suggest that the House of Saud will behave any differently now.
The Saudi regime has practiced its own version of good/bad jihadists: anyone posing a threat to Riyadh is evil but those who ravage Kabul, Karbala or Kurdistan are royal guests. The idea seems to be containment, not destruction, of ISIS. So long as Abu Bakr al Baghdadi’s caliphate remains focused on Iraq and Syria, the Saudis will continue to tolerate it despite having declared ISIS a terrorist outfit in March this year. The plan apparently is to make ISIS more manageable and keep it from turning on the kingdom. The monarchy is playing up the Saudi nationalist sentiment at home after sending every other Muslim country on the pan-Islamism wild goose chase.

While the monarchy’s pictures have been ubiquitous in public places for years, one now sees the added inscriptions like “al-watan fi quloobina” (homeland is in our hearts). The Saudi King and the grand mufti’s hajj 2014 messages appear carefully crafted to enlist international help to insulate only the Wahhabi monarchy against the ISIS threat. The litmus test of whether this represents a sea change in Saudi policy to promote jihadism across the world or a move at self-preservation will be the acceptance of diversity within Islam by the Riyadh regime and backing off from practicing and promoting Takfirism globally.