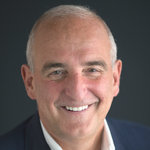 LONDON — Breakfast last week in New York with President Hassan Rouhani of Iran was a cordial affair, bereft of the fireworks of his predecessor, whose antics made headlines and not much more. Rouhani, flanked by his twinkly-eyed foreign minister, Mohammad Javad Zarif, was composed, lucid and, on the whole, conciliatory. He said a nuclear accord was doable by the deadline of Nov. 24 “if there is good will and seriousness.” He revealed that he had spoken last year with President Obama about “a number” of possible areas of collaboration in the event of an accord. He did not underplay the difficulties, or the implacability of a deal’s opponents in Iran and the United States, but suggested the “short-lived dustbowl” thrown up by any resolution would dissipate as win-win awareness grew. He even alluded to the aroma of roses. It was a polished performance full of the subtleties intrinsic to the Iranian mind. The question, as always with Iran, is what precisely it meant.

The interim agreement with Iran, reached in November 2013, has had many merits. Iran has respected its commitments, including a reduction of its stockpiles of enriched uranium and a curbing of production. The deal has brought a thaw in relations between the United States and Tehran; once impossible meetings between senior officials are now near routine.

The rapid spread over the past year of the Sunni jihadist movement that calls itself Islamic State has underscored the importance of these nascent bilateral relations: ISIS is a barbarous, shared enemy whose rollback becomes immeasurably more challenging in the absence of American-Iranian understanding. Allies need not be friends, as the Soviet role in defeating Hitler demonstrated. President Obama’s war against ISIS makes war with Iran more unthinkable than ever. Absent a “comprehensive solution that would ensure Iran’s nuclear program will be exclusively peaceful,” in the words of last year’s accord, the drumbeat for such a war would almost certainly resume. From Jerusalem to Washington countless drummers are ready.

It is critical that this doable deal get done, the naysayers be frustrated, and a rancorous American-Iranian bust-up not be added to the ambient mayhem in the Middle East. The Islamic Republic, 35 years after the revolution, is — like it or not — a serious and stable power in an unstable region. Its highly educated population is pro-Western. Its actions and interests are often opposed to the United States and America’s allies, and its human rights record is appalling, but then that is true of several countries with which Washington does business.

An important recent report from The Iran Project — whose distinguished signatories include Brent Scowcroft, Zbigniew Brzezinski, Thomas Pickering, Ryan Crocker, John Limbert (the former U.S. hostage in Tehran), Joseph Nye and William Luers — put the U.S. strategic interest in a deal well: “There is a strong link between settling the nuclear standoff and America’s ability to play a role in a rapidly changing Middle East.” A nuclear agreement, the report said, “will help unlock the door to new options.” From Syria to Afghanistan by way of Iraq, those options are urgently needed.

For them to be opened up, a workable narrative has to be found, one that satisfies Congress that Iran’s road to a bomb has been sealed off through curtailment and rigorous inspection of the nuclear program, and satisfies Iran’s hard-liners that the country’s ability to develop nuclear power for peaceful use has not been permanently infringed or its rights as a signatory of the Treaty on the Non-Proliferation of Nuclear Weapons irrevocably curtailed. That is a tall order. But subtlety and ingenuity are no strangers at this table. Both sides have an enormous amount to lose if talks fail.

Obama has put his personal prestige behind this effort. Collapse would amount to another Middle Eastern failure for him. He knows that the sanctions drive against Iran would likely unravel in the event of failure, as cooperation with Europe, Russia and China frays. He would be pushed once again toward military action against Iran. (Of course, he would also prefer to concentrate visible progress in the talks between Nov. 4 and Nov. 24, so that Republicans cannot brandish “softness” on Iran against the Democrats in the midterm elections.)

The difficulties are considerable. Karim Sadjadpour of the Carnegie Endowment for International Peace told me, “Those we talk to can’t deliver and those who can deliver can’t talk to us.” Ali Khamenei, Iran’s supreme leader, who does not do New York breakfasts, is a hard-liner. On issues from the number of centrifuges Iran is permitted to the duration of any deal, the two sides differ. Sadjadpour believes “managed irresolution” is the best that can be hoped for, a failure that preserves some gains. I think failure would be unmitigated: Renewed estrangement, war drift. A deal can and must be done for the simple reason it is far better — for Iran, the United States, Europe and Israel — than any of the alternatives.