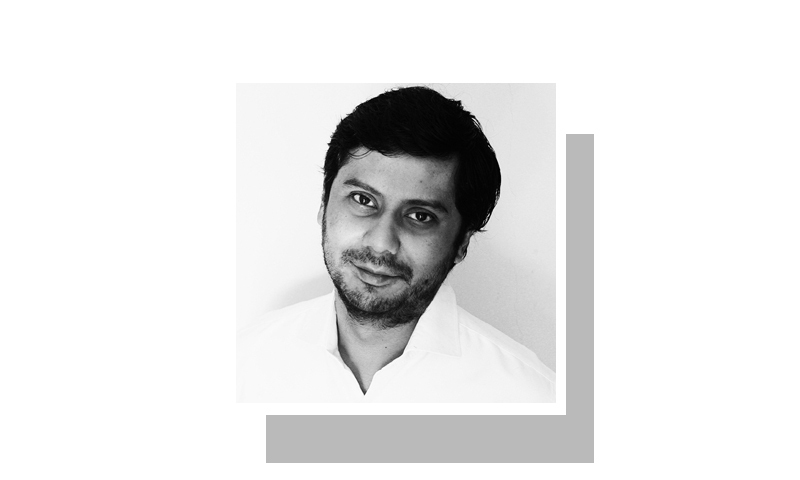 THE crisis is over. No, it isn’t. The crisis is winding down. No, it’s heating up. Imran and Qadri are going home empty-handed. No, they’re going home with Nawaz or parliament’s scalp.

Blame it on Nawaz. Blame it on Raheel. Blame Imran. Blame the gods. Blame no one. All that’s known is that the agitators aren’t going home and a deal is more elusive than had seemed possible.

Part of the reason is apparent to all: the PML-N is as arrogant and stubborn as ever.

After Hashmi happened and the joint session produced a bit of fire and brimstone — in favour of democracy — the PML-N had yet another opportunity: make the big concessions, get the PTI and Qadri to sign on, pick up the pieces.

Instead, the PML-N did what the PML-N does best: took a good situation and turned it bad. Magnanimity — that’s what the party lacks.

The PML-N did what the PML-N does best: took a good situation and turned it bad.

The PML-N is like the quintessential school-ground bully. Goes around knocking over little kids, stealing lunch money, having a good time of it all — until a bigger bully knocks him over.

Beaten but not chastened, the bully then returns to business ie goes around knocking over little kids, stealing lunch money, having a good time — as though nothing happened.

What should the PML-N have done? Given the self-interest in the PTI, something substantive, something they believe they can get Khan to stand down for in return.

The PML-N isn’t going to convince Khan on anything, but the PTI might — at least those in the PTI who have a self-interest in seeing its May 2013 gains protected and the party salvaged.

The PTI negotiators have already showed their hand — they want a time-bound super-commission that can investigate individual results as well as the overall election and that can issue binding judgements.

Give it to them. Let the negotiators have their super-commission so that they have something they can use to prevail on their boss to back down.

Ah, but what if Nawaz believes that Khan really means what he says — that his goal is Nawaz’s ouster and everything else is ancillary? Why make concessions to someone you don’t believe is looking to negotiate?

Because Imran and Qadri have more options than Nawaz.

The government cracks down on the agitators, it will be accused of violence. The agitators turn to violence again, the government will be blamed for failing to resolve the stand-off through negotiations.

Show magnanimity when you don’t need to — when the advantage is with you and not your opponent — and it increases your options.

Imagine a super-commission is conceded and nothing happens. The agitators refuse to accept it as a fair settlement. Or the agitators turn to violence again. Who gets blamed then?

But the PML-N is trapped. Trapped by its own insecurities and fears and self-regard. And by its reliance on the few instead of the several.

Twice now, the PML-N has missed a big chance — because the PML-N is trapped by itself.

Shahbaz should have been sacked after Model Town. Whether the elder Sharif authorised Model Town or not, whether the younger Sharif coordinated it or not, when that episode blew up in the PML-N’s face, a massive gesture had to be made.

Instead, a second-tier politician and a third-rate bureaucrat were offered up. The man to go had to be Shahbaz. But Shahbaz is family.

This week, Nisar should have been sacked. He wasn’t. Because Nawaz may have calculated that sacking him would also unleash him, and better to keep Nisar on a leash and nearby.

Ah, but surely Nawaz will know the rumours? Why keep on a man who perception has it is closer to the enemy than the party he represents?

Because Trojan horses are an accepted part of the game for politicians. Someone close to you will always belong to the other side. And better the frenemy you know well than one you don’t.

Sometimes though you need friends who tell you like it is and loyalists who serve a cause greater than an individual. And the brave — you need a few of those. PML-N has none of that.

Azadi and inquilab are in several ways a repeat of ‘memogate’. The actors are different, but the plot is the same: decapitation via power-hungry outsiders.

In memogate, it was Mansoor Ijaz used to get Zardari and his guy in DC. In azadi and inquilab, it’s Qadri and Imran being used to get Nawaz.

But look what happened in memogate — Yousuf Raza Gilani. Unexpectedly, he threw himself in the line of fire and roared. State within a state, he thundered. Who gave Osama a visa, he demanded to know.

And suddenly memogate was in disarray because no one had seen it coming. Memogate was supposed to be a fight between the boys and Zardari/Haqqani, not a prime minister who didn’t really get along with his boss and had forged a reputation more for padding the nest than doing his job.

Where is the PML-N’s Yousuf Raza Gilani?

It has Shahbaz, who threw a loyal aide under the bus. And it has Nisar, who stabbed his PM in the back in public. There is no YRG.

No, this crisis isn’t over yet. In part because the PML-N can’t unlearn being the PML-N.