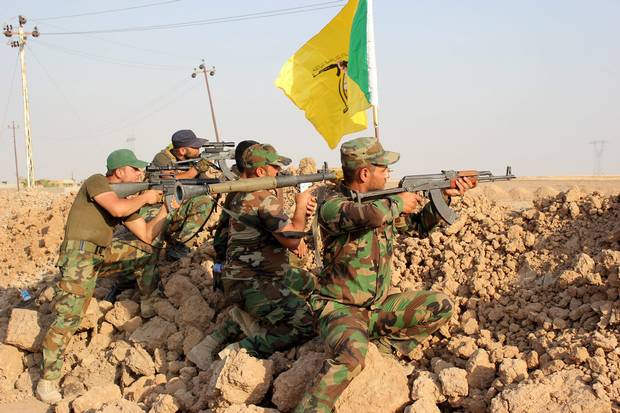 President Obama suffers for being what we all clamour for — an honest politician. Still smarting from admitting in The New Yorker that he hasn’t got a joystick with which to control the world, he is now being lambasted for admitting he has no strategy for dealing with Islamic State (IS). I, for one, am delighted: it shows he recognises that this is a wicked problem that threatens far more than the lives of western hostages or Iraqi territorial integrity. And his distance from the Pentagon’s inflamed rhetoric shows that he is loath to repeat the mistake since 9/11 of an over-militarised response to what is fundamentally an ideological-political threat.

IS exposes and challenges two policy compromises fundamental to the current world order. The first concerns the contradiction at the heart of Saudi Arabia. The second is western policy towards the Middle East and its oil dependency.

The Kingdom of Saudi Arabia was created in the 1920s out of an alliance between a powerful Al Saud tribe and the Wahhabi religious interpretation of Islam, which gave it ideological credibility. This in turn resurrected the 18th-century teaching and theology of Abd Al-Wahhab, who proselytised a puritanical interpretation of Islam that saw every innovation since the Prophet as apostacy and punishable by death.

The Wahhabi interpretation of Islam is still the kingdom’s official religion. The compromise at the heart of the kingdom was created when it opted to profit from its oil, in conjunction with the US and UK, in the 1920s, and began to embrace modernity and wealth. It amounts to a theoretical contradiction, given that Wahhabism is by definition uncompromising.

Western policy embraced this when it made itself dependent upon Saudi oil, relying on Saudi Arabia both to manage this contradiction and to give the West its direction on dealing with the region. Saudi Arabia became the prism through which much of our regional policy has been seen.

Islamic State is just the latest manifestation of revolt against this internal Saudi contradiction. In 1929 the king defeated the Ikhwan (Wahhabi religious militia) forces that had previously been useful to him in establishing the kingdom in the first place, but that now reacted against his modernising policies. And again in 1979, from the same tribe came the seizure of the Grand Mosque in Mecca by the Ikhwan of Juhayman al-Otaybi.

The IS revolt against the House of Saud (who it seeks to supplant as the guardians of Mecca and Medina) is unusual in two respects. First, it has emerged outside of Saudi Arabia. Secondly, it deliberately uses language lifted straight from the teaching of Abd Al-Wahhab. This gives it serious theocratic credibility within Saudi: a recent poll quoted from the Al-Hayat Saudi newspaper had 92 per cent of respondents agreeing that “IS conform to values of Islam and Islamic law”. It is no surprise, then, that funding for IS has come from within Saudi Arabia.

So how should the West respond? And what are the historical precedents? The 1979 revolt was handled internally, the 1929 revolt with the aid of Western technology. The initial Al Saud/Abd al-Wahhabi movement was crushed in 1818 by an Ottoman-funded Egyptian force, but not before it had massacred over 5,000 Shia in Karbala (now in Iraq). Key to all these responses was that they were Muslim-led. This is fundamentally a battle for the soul of Islam: the Wahhabi idea is not going to be killed by Western, Christian bullets.

So the start point for the Western response is that it must be in support of a Muslim plan. Critically, US air power used so far to counter IS advances has been asked for by the Muslim (Shia) government of Iraq. If Obama so far lacks a strategy it is probably (at least in part) because he is waiting for the Muslim world to recognise the threat to itself and create a strategy for coping with it — one that the West can and should whole heartedly support.

Deploying the Western military without a Muslim political plan would be folly, as illustrated by both our Iraq and Afghan campaigns. Indeed, this seems to be a lesson our political masters have learnt, as shown by the House of Commons’ rejection a year ago of Cameron’s proposals for Syrian intervention.

Responding to the IS revolt is complicated by its use of social media. The unimpeachable theological credentials of IS makes dealing with them tricky: the response will need to be finely judged. This ideology cannot be compromised with: true to their Abd al-Wahhab roots, the choice they offer their conquered populations is conversion or death.

The normal Western diplomatic deal-making mechanisms will not work. Islamic State needs to be seen by the rest of the Islamic ummah as a threat to the tribe and, in accordance with Arab tribal custom, destroyed. Only the Muslim world can do this, by use of theology and hard power. Keeping the support of the ummah through what looks like being a protracted campaign will be key.

Western intervention without this Muslim cover takes two risks: that of making IS’s propaganda point about Western interference in Islam, and making the West the primary object of IS’s attention — which it isn’t at present, notwithstanding the current frenzy over Western hostages. For IS differs from al Qaeda in its focus: while al Qaeda aims outwards at the corrupting West, IS aims inwards at those Muslims who it believes have strayed from the pure path (Sufis, Shias, all non-Wahhabis).

The global economy depends on Middle East oil. How IS and Wahhabism are confronted is critical. But the urge for “something to be done” should be resisted. Obama’s inaction may cause less harm than action. That at least buys time for a response from those most directly threatened — the non-Wahhabi Muslim majority of the Middle East.