SARAJEVO, Bosnia-Herzegovina (AP) — Bosnian police have detained 16 people suspected of having fought in Syria and Iraq or of recruiting and funding other Balkan men to join the Islamic militants there, they said Wednesday.

Police said about 200 officers from a number of Bosnian law enforcement agencies were involved in an operation targeting 17 locations around the country.

The arrested were suspected of “recruiting (Bosnian) nationals for Syria and Iraq and funding and organizing their travel” to the two countries, police said. They were also suspected of “participating in armed conflicts in Syria and Iraq where they fought alongside radical terrorist groups and organizations,” including the Islamic State group.

During the search of locations where suspects were arrested, police found and seized weapons, ammunition, computer equipment, telephone cards and propaganda material.

Radical Muslims are in minority in Bosnia’s otherwise moderate and often highly secular Muslim population. They established themselves in the country during the 1992-1995 war when foreign mujahedeen fighters joined Bosnian Muslims in their battle against the Serbs. The foreign fighters left the country at the end of the war, but some Bosnians embraced their interpretation of Islam.

Authorities declined to identify the suspects, but local media published a list with names including the names of Ibrahim Delic and Bilal Bosnic.

Bosnic is believed to be the spiritual leader of followers of ultra-conservative interpretation of Islam in Bosnia. Delic’s son Dzabir confirmed to the Associated Press his father’s was arrested on Wednesday and also that he had been to Syria previously. However, Dzabir Delic claimed his father “did not fight, he was just teaching Islam.”

Earlier this year, Bosnia introduced prison terms of up to 10 years for its citizens who fight in conflicts abroad or recruit others. 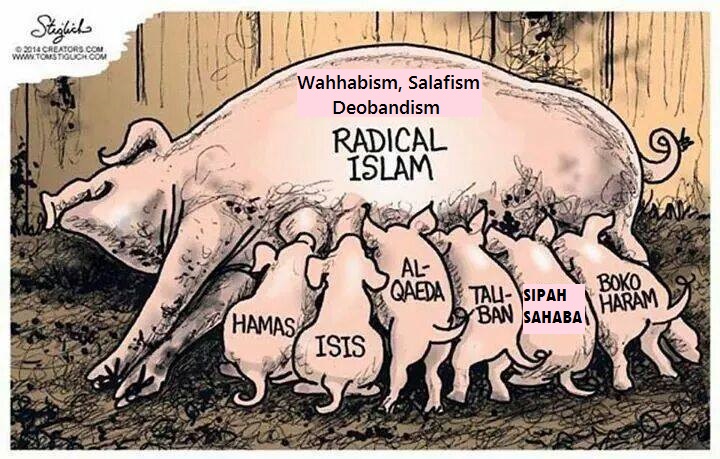