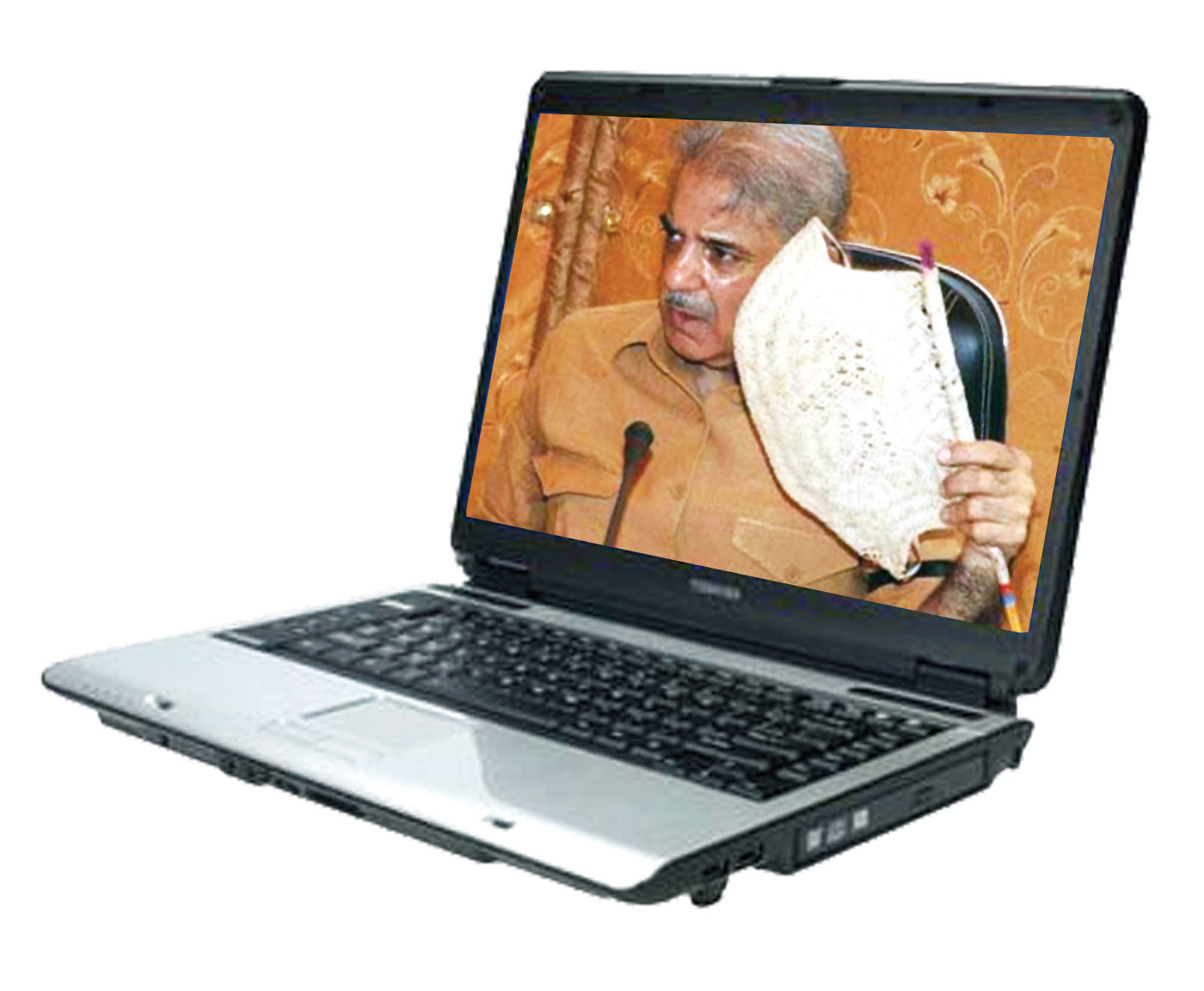 Grave financial irregularities, undue favouritism, misuse of official authority and corruption to the tune of billions of rupees have surfaced in the Punjab government’s laptop scheme launched in their previous term, Pakistan Today has learnt.

The Punjab government distributed 110,000 laptops to university students across the province allegedly to counter the rising popularity of Pakistan Tehreek-e-Insaf (PTI) Chairman Imran Khan among the youth just one year before the 2013 General Elections.

However, a special audit conducted by the government’s own wing – the Auditor General’s Office – pointed out serious corruption in the scheme.

The laptop distribution scheme was themed as, “Advancement of information technology amongst students through provision of laptop computers,” for the year 2011-12.

Documents available with Pakistan Today reveal that the price of one laptop was shown as Rs 20,000 as approved by the Provincial Development Working Party (PDWP) in October 2011 for a dual-core Dell machine. However, two months later, the PC-I of that scheme was revised and the laptop price was increased from Rs 20,000 to Rs 37,950 per piece without changing the original specifications.

Hence, the prices were jacked up without any justification, causing a direct loss of Rs 2 billion to the public exchequer.

A team of auditors further unearthed that public officials handling the scheme gave “special” favours to the contractor, M/S Inbox Business Technologies, in violation of their own contract.

As per clause 16(f) of the contract: “The bank shall make 80 percent amount of invoice value on maturity date of bill of exchange starting from the date of presentation of the letter of credit (L/C) documents.”

Further, Rule 2.10 (b)(5) says that no money can be withdrawn from the [government] treasury unless it is required for “immediate disbursement” and that it is not permissible to draw advances from the treasury for the execution of works, the completion of which is likely to take a “considerable time”.

However, during the audit of the laptop scheme, bank statement account no 7497-000-907 (maintained at the Bank of the Punjab, Civil Secretariat, Lahore) revealed that in five cases Rs 1.6 billion for five L/Cs were debited by the bank prior to maturity dates and receipt of laptops in violation of the contract.

Moreover, according to the Ministry of Finance, Economic Affairs, Statistics and Revenue (Revenue Division) Notification No SRO 655(1)/2007 dated July 29, 2007, Special Excise Duty is exempted on computer hardware including laptops, notebooks, PCs mainframe and other peripheral units and parts thereof. However, examination of record revealed that the contractor was paid Rs 200 per laptop as excise duty whereas it was exempted by the government of Pakistan as per above notification causing a loss to public exchequer valuing Rs 22 million.

However, advance income tax was not deducted because HED is exempt from payment of advance tax at import stage under the SRO 947/(I)/2008 dated September 5, 2008. However, income tax at source at the rate of 3.5 percent amounting to Rs 140 million was neither deducted nor recovered from the contractor, yet again causing heavy losses to public exchequer.

According to Clause 4(b) of the revised contract agreement dated January 2012 and purchase order for supply and commissioning of 100,000 laptops issued to M/s Inbox Business Technology, “The complete delivery of all the goods shall be affected within 60 days starting from establishing of first L/C.” Also, Clause 14(2) of the same supply order further states that “in the event of non-fulfilment of the delivery schedule, liquidated damages at the rate of 2 percent on the quoted approved value of the undelivered quantity of the order will be levied per month and damages will be counted on daily basis.”

However, during the audit, it was noticed that 80,000 laptops were “supplied late” by the contractor in violation of above contractual provisions. Against the due damages of more than Rs 45 million, only Rs 14 million was deducted from the bills of the contractor. Thus, Rs 31million were deducted less, benefiting the contractor and causing loss to the public exchequer.

Moreover, scrutiny of the record showed that tender for purchase of laptops was advertised in newspapers on November24, 2011. As a result, two firms named M/S Inbox Business Technologies (Pvt) Ltd and M/S Mega Plus Pakistan technically qualified.

The rates of M/S Inbox (Pvt) Ltd being lowest were accepted by the Purchase Committee. As per letter No C No 2(67) EX/2011 dated December 27, 2011, goods imported by non-profit making educational and research institutions are exempt from payment of sales tax. Higher Education Department is also exempt from payment of advance tax at import stage under SRO 947(I)/2008 dated September 5, 2008. Excise duty at the rate of 1 percent is also exempted under Sixth Schedule [Section 13(1) table-1(Sr. No. 52)].

Contrary to all these exemption, Rs 102 per laptop in shape of other taxes/duties were included in the final discounted price of Rs 37,700 per laptop. No government orders in justification of claim for other taxes or duties were available on record. This was deemed “irregular” by authorities and hence another loss of Rs 11 million was caused to the public exchequer.

However, the records show that an amount of more than Rs 1 million was incurred on distribution ceremony held in Islamabad for distribution of laptops in Islamabad to the students of other provinces without any provision in revised PC-I. These expenses were borne by various educational boards including Bannu, Kohat, Peshawar, Karachi, Mardan, Protocol DG and Rawalpindi DCO without any authorisation.

Moreover, the expenses incurred during the laptop distribution ceremony across Punjab was more than Rs 28million, all borne by various educational institutions such as PU, GCU, FJWU, AIMC, University of Education, University of Sargodha and Kinnaird College.

The expenditure was held “unauthorized” and without specific budgetary provisions in PC-1. Further, in case of Punjab University, it was made from the budget of City District Government Lahore (CDGL) and in other cases, it was charged from the budgets of the respective institutions which were not “valid” expenditure from public exchequer.

Further, no competitive bidding process was adopted by the management of the respective institutions while making expenditure for respective ceremonies in violation of Punjab Procurement Rules, 2009.

Other than explicit violations of the contract which caused heavy losses in millions of rupees the team of auditors also found serious planning flaws in the execution of the laptop distribution scheme.

Documents reveal that there was no feasibility study at hand while planning the execution of this program. The project digest should consider Key Performance Indicators (KPI) which should not be “vague”.

However, observations made by a special team of auditors show only one of the nine performance indicators was specific i.e. to reduce the digital divide between the rich and the poor. Authorities termed the planners “non-professional” and “inefficient”.

The team further observed that no experts were consulted for the planning process, which was totally done in “isolation” initially in the School Education Department and then in the HED.

It was noticed that merit was declared as 60 percent and 70 percent throughout the province despite the fact that in certain institute everyone became eligible for this scheme. This way, the promotion of merit through competition could not be initiated among students and hence the government claim to ensure merit was false.

Moreover, during physical verification of laptops, test review of data of 18 educational institutions revealed that around 450 laptops were issued to the students without observing “eligibility” criteria. The fact points to the real motive of the PML-N leadership which wanted to woo the youth before the upcoming elections.

Further, examination of 17 institutions show that around 5,000 laptops were purchased more than required and hence blocking and wasting around Rs 170 million of public money.

“Hed trying to Hush up the Matter”

According to officials privy to the corruption which has taken place told Pakistan Today that the audit objections have been conveyed to the HED and its officials have already held meetings of the departmental audit committee (SDAC) headed by Additional Secretary Shahid Zaman Khan.

As per routine practice, these objections are taken up in the SDAC with officials from finance, audit and the higher education and only remaining objections are then forwarded to the public accounts committee (PAC) of the Punjab Assembly.

Officials however maintained that the officials have been tasked to “hush up the matter”.

“They are very powerful people. It actually needs a lot of courage to highlight their corruption. Even government servants cannot risk their careers by writing against them. The task has been given to the officials to take care of the matter and it will be done efficiently,” the official on the condition of anonymity told Pakistan Today.

According to the officials in the Finance Department’s monitoring wing, the HED officials have kept the documents to themselves. “They only show us the files at the time of the meeting and then keep it. So we don’t really remember any details,” an official said.

HED Secretary Abdullah Sumbal was repeatedly contacted for his comments and he texted that he was out of country and should be contacted after August.

HED Additional Secretary Shahid Zaman Khan, who is heading the departmental audit of the scheme, initially asked for a few days’ time to respond to the audit observations. However, later he refused to comment on the issue.

Punjab Education Minister Rana Mashood was also contacted but his private secretary said he was “not feeling well” and will respond “soon”, but he never did.

Former higher education secretary Dr Ijaz Munir, who is currently holding the portfolio of health, was also not available for comments.

M/S Inbox Business Technologies, a Karachi based company, was also contacted at its Karachi, Lahore and Islamabad offices for comments, however no one came forward to give any version on the issue. According to the Securities and Exchange Commission of Pakistan record, M/S Inbox CEO Ghiasuddin Khan is from Karachi.