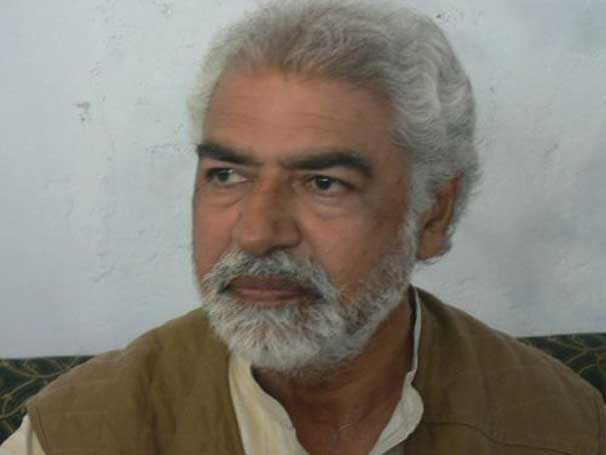 Fatal turn…when courage could have saved the day

What accounts for the decline and fall of the Sharif power enterprise? Hubris and misjudgments have played their role but a lack of moral courage at a crucial juncture is also part of the story.

Shahbaz Sharif has been given to singing out loud Habib Jalib’s fiery poetry…aesay dastoor ko subah-i-benoor ko mein nahin janta, mein nahin manta. But when he needed inspiration from Jalib the most he couldn’t remember him. That was when 14 bodies, including two of women, lay dead outside the Minhaj-ul-Quran Secretariat in Model Town. Had Jalib been his guide he would have stood up and taken responsibility for the incident. And had he done so my hunch is that he and his elder brother, the prime minister, would not have had to see this day.

If on the day of the shootings he had come on television and said that although he bore no responsibility for them and had given no one the order to open fire, as the province’s chief executive the buck stopped at his table and he was therefore resigning and presenting himself for a transparent inquiry…despite the disaster he would have come out looking good, and he would have gained in moral stature. And readily swayed by emotion as Punjabis are they would have applauded his courage.

14 dead and 60-80 persons injured by gunfire after all is not a joke. When had such a thing happened in Lahore before? So something more than crocodile tears were needed but the chief minister flunked the test, perhaps the most critical of his long career. There are other factors – most notably miscalculating relations with the army – responsible for the government’s plight, but none more serious than the Model Town tragedy and Shahbaz Sharif’s failure to respond to it adequately.

Everything else the government can explain. For the marches, the dharnas and everything else it can cite this or that conspiracy. But how does it explain Model Town? Even the one-man judicial tribunal set up by the government itself has held the administration and police responsible for the massacre and held the chief minister guilty of an ‘after-thought’ in the affidavit submitted before the tribunal. Yet the chief minister far from accepting responsibility is still trying to dodge the issue. Rana Sanaullah who presided over the meeting in which it was decided to remove the barriers around the Minhaj Secretariat is still hiding behind various excuses.

Is the Bhutto case on the Government’s mind? An FIR against Bhutto considered of little moment when it was registered for the murder of Ahmed Raza Kasuri’s father became the noose around his neck which Gen Zia’s junta used to get rid of him. There is no other explanation for the foot-dragging.

Prime Minister Nawaz Sharif vows to defend democracy and the constitution. It’s a strange democracy where even after more than two months the aggrieved are finding it difficult to get a case lodged for a veritable massacre. Other parties in the National Assembly are supportive of the prime minister. For the most part they are mum about the Model Town tragedy. If they were more assertive on this score their protestations about democracy in danger would carry greater weight.

There is another aspect of this matter. By making the police carry the blame for the Model Town incident the government has compounded matters for itself because the police force stands demoralised and seems to be in no mood to go beyond the call of duty when it comes to dealing with the protesters. The siege of the Minhaj secretariat had to be lifted not because the government was suddenly overcome by a sense of goodwill but because the police had refused to undertake any action without written orders…bitten and therefore shy.

Speaking outside the National Assembly federal minister Saad Rafique has just said that the Model Town FIR as per the Minhaj complaint is going to be registered. That’s it, nothing else…and no question of Shahbaz Sharif stepping down. This means that it took the long marches and the dharnas before even this much has been conceded.

So we just have the FIR, a legal obligation and necessity and no favour to anyone, and nothing else…no other step except the promise of looking into everything. Is this enough to defuse the situation? Too little and too late – this has been government’s response since this crisis erupted. And even at this late hour with time running out and the situation threatening to get out of hand this continues to be the approach.

Will the protesters back down? It seems highly unlikely. They haven’t come thus far to be appeased by lollypops. On Wednesday there was a great show of negotiations, the Punjab and Sindh governors also lending themselves to these efforts. But nothing came of it because the government really was offering nothing except pieties and promises.

The one change, however, is that government ministers have stopped being dismissive about the Allama or Imran Khan. The jibes have gone. Pervaiz Rashid, the information minister, who was particularly good at these exercises, has fallen silent, different emotions now washing over his worried countenance. Time was when Shahbaz Sharif, asked about Allama Qadri, said there were lakhs of Qadris and he knew no particular Qadri. Now he is referred to with a bit more of respect.

Still, everyone seems confused because we don’t know how this deadlock will be broken, how it is likely to end or who will break it. The protesters are not going to disperse of their own accord. This much should be clear to everyone. They have already demonstrated their tenacity and resilience, especially the Allama’s workers whose discipline and dedication have been noted by all but the most biased observers. The government is not in a position to storm their positions and disperse them. It lacks the will and the wherewithal. After Model Town will the police contingents stationed in and around the Square – reinforcements called from all over Punjab – be in the right frame of mind for taking on the protesters? So what happens then? How are matters resolved?

We know the answer to this but it is a tough call. There should be no arguing over the fact that Nawaz Sharif is the elected prime minister and he has the support of the National Assembly. Calling for his ouster amounts to playing with the Constitution, as much as that document may be worth. But his authority stands eroded as much by the sit-ins and the suspicions the army command has come to entertain of him, as by the Model Town killings.

He had the mandate of the Pakistani electorate, Imran Khan’s charges of rigging notwithstanding. He retains his electoral mandate. After his slippages, especially the lack of moral courage vis-à-vis the Model Town killings, does he retain what the Chinese call the Mandate of Heaven?

In Islamabad the government stands reduced to the Prime Minister’s House, the protesters continuing to occupy Parliament Square. The prime minister has to make his way through the presidency when he wants to come to the National Assembly. Only the army can reoccupy the Square. This much is evident from the events of the last two weeks. Trouble is that if the army moves it will not come to pull the government’s chestnuts out of the fire. It will clean up everything. Except for confirmed Bonapartists, and there are many around in this season, not everyone will welcome such a prospect. Who should know more about military moves and their consequences than us?

Let no one discount the possibility – for some it may be a certainty – that conspirators may be hard at work. The problem is that when conspiracy meets a failure of leadership the result is combustion raised to the power of ten. The government, however, remains locked in its ivory tower, oblivious or contemptuous of the powder kegs lined up below.