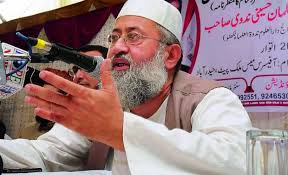 MUMBAI: Expressing shock and anguish over cleric Maulana Salman Hussaini Nadvi’s letter to the Saudi government requesting it to prepare an Army of five lakh Indian Sunni Muslims to fight the Shia militias in Iraq, a section of Sunnis in the city have demanded strict action against him.

Many Sunnis said Nadvi doesn’t represent the Sunnis as he is an avowed follower of Wahhabism, a fanatical form of Islam which despises Sufism and discourages visit to the shrines of Sufi saints.

“If he has written such a letter, it is misrepresentation of the Sunnis. We don’t believe in violence and will certainly not support a violent conflict just to gain power. The militants of Islamic State of Iraq and Syria (ISIS) are ideologically close to the Wahhabis and have nothing to do with the faith of Sunnis,” said Rafiq Ahmed Khan, president of Minhajul Quran (India), an organization of Sunni Muslims. Khan said that such letters would only defame Sunnis.

Many have demanded action against Nadvi. “He is not a Sunni. He is acting on behest of Saudi Arabia, a Wahhabi-influenced country. He must be stopped from creating schism between Shias and Sunnis,” said Farid Batatawala of Muslim Front.

Though Wahhabis too claim to be Sunnis (followers of the traditions of the Prophet), the difference between them and other Sunnis is that they regard visits to the Sufi shrines as biddat (innovation) in the faith and discourage them.

No wonder the ISIS militants have attacked shrines of many Sufis in Iraq and Syria. The call for creation of an Islamic Army has shocked scholars as well. “This is an incitement and completely anti-Islamic. This will further deepen the sectarian divide between Shias and Sunnis,” said Islamic scholar Zeenat Shaukat Ali. Senior Shia cleric Maulana Zaheer Abbas Rizvi too condemned Nadvi’s letter to Saudi government.