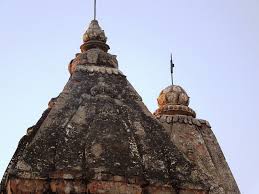 ISLAMABAD: This time it is not Thar or Sindh but is Rawalpindi where an 82-year-old temple belonging to the Hindu minority is being demolished.Built in 1935, the temple named ‘Maharishi Walmeck Sawami Jee Temple’, famous as ‘Balaknash Temple’ is situated in Gracy Lines and is not only the hub of religious activities of the Hindu community from Rawalpindi but also enjoys historic value, as it was constructed before the Partition. The decision for demolishing the temple along with other 53 single room houses to construct barracks has caused panic, anger, and fear among the community who is still proud to be Pakistani as the entrance of their temple is decorated with green Pakistani flags.

The notices for demolishing the Hindu infrastructures were issued on July 18, but served on the 12th of this month, just two days prior to the Independence Day.Another tragic angle of the story is that the Hindu graveyard that comprises on 6.5 kanals of land is being also demolished for the construction of luxurious B-type Bungalows by the Military Engineering Services (MES). During the construction that is underway, the toilets for the labour have been built on the Hindu graveyard, and now the area for the graveyard has been reduced to only one-and-a-half kanal.

The organisations concerned are offering these poor Hindu residents for the substitute residences, however the substitute residences could not prove a replacement for the religious temple being demolished and its historic value since the pre-partition era.Minority’s member of parliament Asfandyar Bhandara, on this issue is supporting his community and has contacted the civil court, which has issued a stay-order regarding the demolishing of the Hindu infrastructures on Thursday. While talking to the media personnel, a Hindu resident, Ashok Chand said that the temple and the houses are not only facilitating these Hindus, but Christians, Muslims, and some newly turned Muslims as well since World War II.

Even the map and all other documents and pre-requisites of the temple are present in the Military Estate Office as the temple was constructed during the British-India rule with permission of the then government.“66 years after partition, despite the fact that we refused to live in India and decided to stay here in Jinnah’s Pakistan, now our homes and sacred temple is being bulldozed. Are not we Pakistanis or at least humans?” Ashok asked in a sobbing voice.

“I feel that they want to throw us out of this country now, as despite all discriminations towards us we remained gentle and peaceful Pakistanis and cooperative citizens of the state,” he said. Siwaa, an elderly Hindu lady when questioned said that after this legal notice served, as we know it’s hard to rebuild a house nowadays, and more difficult to build a new temple because of the religious intolerance. “Why don’t they just consider us as Pakistanis?” Siwaa questioned in a tense expression. At present, there are 60 Hindu families residing in the city, who despite facing all the difficulties and discriminations are proud being a Pakistani, however the continued intolerance and disrespect is forcing them to consider the idea of migration.