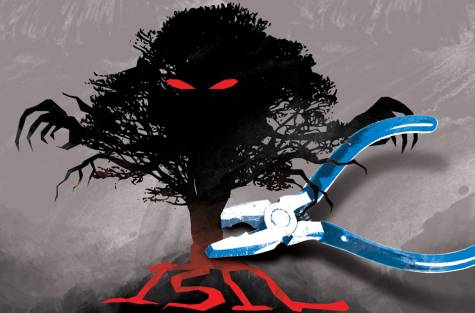 The four-minute, 40-second video was unendurable and the horror it depicted was beyond redemption: James Foley, a young American journalist abducted in Syria in 2012 and not heard from since last Tuesday, is shown kneeling in a desert setting attired in an orange jumpsuit as a darkly-clad, masked figure from the Wahabi/Deobandi Islamic State of Iraq and the Levant (Isil), muttering in English, proceeds to behead him.

President Obama called it an “act of violence that shocks the conscience of the world”. Britain’s Prime Minister called it “depraved”. UN Secretary-General Ban Ki-moon referred to it as an “abominable crime”. The tabloids in New York spoke of “the savages” who perpetrated it. And ordinary folks in Europe and North America turned away in nauseated disbelief.

My sense is that the overwhelming majority of the peoples of the Arab world share — and if they don’t, they should — this collective outrage. But that is not enough. Arabs must shoulder the responsibility, as the American president suggested in his remarks to the nation last Wednesday, of “extracting this cancer” called Wahabi/Deobandi Isil from their body politic, if for no reason I say other than the fact that Isil purports fraudulently to speak in the name of Islam and on behalf of Arabs.

In effect, we are being asked to choose. Would we allow the main legacies of our civilisation to be subverted? Would we rather see the bulk of our moral values, our inner history — for centuries encoded in Islam — appropriated thus, passed into the hands of a blustering group like Isil, made up of undereducated buffoons, albeit murderous ones?

Already in the US, and perhaps to a certain extent in Europe, closet Islamophobes, masquerading as informed political analysts, are beginning to argue that beheading is linked to Islamic culture. The Washington Post blog on Wednesday, a mere one day after the James Foley video surfaced, had this to say: “The religious and cultural symbolism that the sword carries with it in the eyes of Muslims, particularly in the Middle East, is an important factor in determining the terrorists’ choice to behead hostages”. (That clueless Washington Post blogger did not realise that the difference between a sword and a guillotine, whose use at one time was widespread in Europe, not to mention Devil’s Island, is that the one is manual and the other mechanical. Both are beheadings.)

This is the very narrow-minded view about Muslims that President Obama has spent five years in office attempting to dispel, beginning with his speech in Cairo to the Muslim world in June 2009. Political analysts writing for a national newspaper like the Washington Post should know better. Evidently they don’t. But, truth be told, there is no dispelling the visceral reaction, of horror and shock, at seeing a young journalist in a war zone, whose job is to act as purveyor of information and opinion — a job that never fails to enlarge the compass of our awareness as consumers of newspapers — become an unwelcome and hunted guest.

For Isil, this is not a case of rage against the West that its thuggish followers take out on the first Westerner they encounter, including news reporters like James Foley, and Daniel Pearl, the Wall Street Journal correspondent who met a similar fate in Pakistan in 2002, but a mindless rampage directed at people whom they disagree with, people with a different faith, ethnithicity, tribal roots and the rest of it. When they captured Mosul several weeks ago, for example, there were reports of mass beheadings. And their brutal treatment of the Yazidis, even more recently, still leaves a taste of ash in one’s mouth and revulsion in one’s heart.

Foley has been identified, obituary lingo aside, as a “brave and tireless journalist”. In 2011, like the true freelance professional that he was, he up and went, with camera and steno notebook in hand, to cover the uprising in Lybia, where he embedded with the rebels. There, the New Hampshire-born Foley and three other reporters were captured by government forces and detained for six weeks. American journalist Clare Gillis, who was detained with him, recalls: “Everybody takes a liking to Jim as soon as they meet him. His good humour and tendency to address everyone as bro after the first handshake endeared him to people”.

Now who would want to kill a nice guy like that, and kill him in such a gruesome manner? Monsters? Looks like it.

The sad fact is that being a reporter in troubled spots, or in countries that are not media-friendly, where covering the news is not seen as a necessary function of a literate society, can be dangerous. According to the New York-based Committee to Protect Journalists, since 1992, 54 journalists were killed in Pakistan, 76 in the Philippines, 13 in Bangladesh and 32 in India. At least 110 professional reporters and “citizen journalists” were killed in Syria since the conflict started there in 2011.

ll these folks were killed for doing their job. They asked questions, doubled-checked facts, took pictures, ventured to the front and wrote about what they saw — and consequently made our view of the world all the richer, all the more nuanced, for it.

They did not wear army uniforms and carry guns, but they nevertheless fought for our freedom, our freedom to know — as Anna Politkovskaya had done in Russia, where the killing of journalists is done regularly and with impunity, and where the 26-year-old, who was known for her opposition to the war in Chechenya, was shot to death outside her apartment in October 2006.

That, I say, is the sad fact about the dangerous lives, and at times the macabre deaths, of news reporters. Their deaths impoverish us. Their lives enrich us. And their work lends both sight and insight to the way we apprehend objective reality. James Foley embodied all that. Soon after is death, his parents told news reporters plaintively, but nevertheless simply and poignantly: “He did not deserve to be slaughtered.”

Indeed he did not. Let us then, as President Obama suggested we do, extract this cancer called Isil from our body politic.