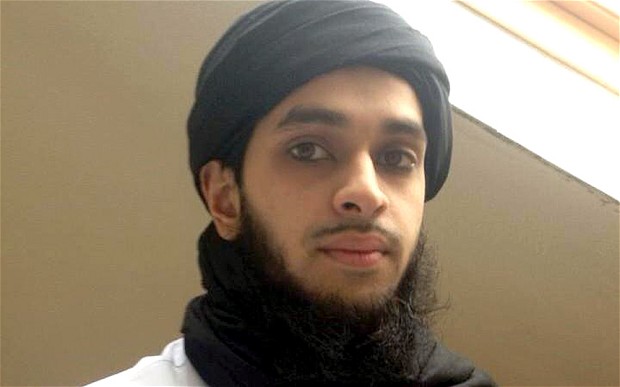 A former Primark worker from Portsmouth has become the latest Briton to be killed in the Middle East fighting for the feared Jihadist group Islamic State.

Muhammad Hamidur Rahman, 25, whose father runs an Indian Restaurant travelled to Syria via Turkey telling his family he was going to help deliver humanitarian aid.

But he was recruited by the terror group ISIS which is fighting to establish an Islamic caliphate and already controls vast swathes of Syria and Iraq.

According to his family, Rahman was killed during an intense firefight with troops loyal to the Assad regime around a fortnight ago.

His father Abdul Hannan, 52, said the family had received a text message from someone who had been fighting alongside his son to confirm that he had been killed.

Mr Hannan, said his son had travelled to Syria at the beginning of last year but had not told his family he was going.

Mr Hannan said: “He asked us to pray for him, and said he wanted to become a shaheed (martyr) for the sake of Allah.”

A spokesman for the Foreign Office said they were looking into reports that a British national had been killed in Syria, but it was difficult to verify the information as Britain does not have representatives in the country.

Rahman, who worked as a supervisor at the clothing chain Primark, was one of a group of ten young men from Portsmouth who travelled to the Middle East to join up with IS.

He flew to Turkey with a group of friends, and then crossed the border by land into Syria.

He is the second from the city to be killed after his friend Iftekhar Jarman, 23, died during fighting in December.

In May, Mashudur Choudhury, 31, who accompanied Rahman, but returned to the UK, became the first person in the UK to be convicted of taking part in terrorist activity in Syria.

He was arrested in October at Gatwick airport by anti-terrorist police, as he flew back from Turkey. It emerged that Choudhury found the training in Syria too difficult and became scared of the fighting.

Choudhury will be sentenced on September 19 at Kingston Crown Court.

The authorities estimate there are around 500 Britons, mainly of South Asian origin, who have joined up with Jihadists in the Middle East.

Terrorism experts estimate that as many as 19 could have died in Syria and Iraq since the fighting began.