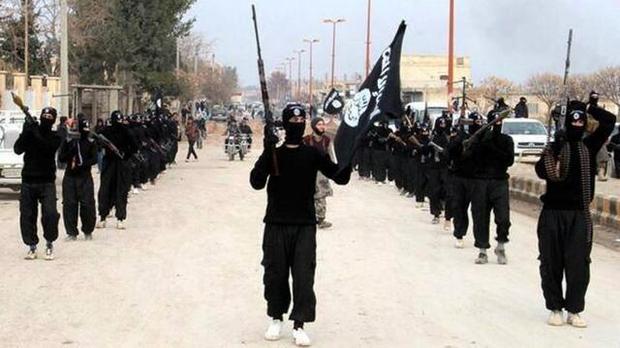 Isis fighters have captured much of eastern Syria in the past few days while international attention has been focused on the Israeli bombardment of Gaza. Using tanks and artillery seized in Iraq, it has taken almost all of oil-rich Deir Ezzor province and is battling to crush the resistance of the Syrian Kurds.

Isis is establishing dominance over the opposition to Syria’s President, Bashar al-Assad, as other rebel groups flee or pledge allegiance to the caliphate declared by the Isis leader, Abu Bakr al-Baghdadi, after the capture of Mosul on 10 June. On Monday, the jihadists took over the rebel held half of Deir Ezzor on the Euphrates river, raising their black flag over the city and executing the rebel commander from Jabhat al-Nusra, the al-Qa’ida affiliate that was previously in control.

The recent Isis advances in Syria, following victories in Iraq last month, are altering the balance of power in the whole region. The opposition military forces not aligned with the Syrian government or Isis are being squeezed out of existence, making obsolete the US, British, Saudi and Turkish policy of backing groups hostile to both Assad and Isis.

Isis is seeking to capture the Syrian Kurdish enclave at Kobani, or Ayn al-Arab, where some 500,000 Kurds are concentrated, many of them refugees from other parts of northern Syria. “Isis have about 5,000 fighters which have been attacking us for the past 13 days using tanks and rockets and American Humvees captured in Iraq,” Idris Naasan, a political activist in Kobani, told The Independent by telephone. “The fighting is very heavy and we have lost three villages we are trying to regain.”

He said the normal population of Kobani region was 200,000 but this number is swollen by refugees from the border area and from Aleppo. Causing particular concern is the fate of 400 Kurdish hostages taken by Isis, including 133 schoolchildren aged between 13 and 14. Mr Idris said negotiations with Isis to exchange them for Isis prisoners “took place three days ago but fell through because Isis tried to take more hostages”.

Maria Calivis, the Unicef regional director for Middle East and Northern Africa, said in a statement at the start of the month that all of the children, with the exception of four who escaped, were still captive. “It has been over four weeks since the children were abducted as they returned to their home town of Ayn al-Arab [Kobani], after taking their junior high school final exams in Aleppo,” she said.

There is no eyewitness information about the children but a report in the al-Quds al-Arabi newspaper said some of those abducted by Isis may have been tortured. It added that they were being held in two schools and that families living nearby said they could not sleep because of the sound of children crying and screaming as they were tortured. They said they heard three shots from the direction of one of the schools, leading them to fear that children may have been killed.

The Kurdish enclave under attack at Kobani is one of several regions which are home to Syria’s 2.5 million-strong Kurdish minority, most of whom live in the north and north-east of the country. The fate of Kobani has become a national cause for Kurds, particularly in Turkey just across the border. A statement from the Kurdish Democratic Union Party, whose “people’s protection units” are doing most of the fighting to defend the enclave, says “all the Kurds should head towards Kobani and participate in the resistance”. Mr Idris accuses the Turkish government of giving “logistical aid intelligence information to Isis”. Other Kurdish sources say this is unlikely, though they concede that Turkey has helped Isis and Jabhat al-Nusra in the past.

The other main thrust of the Isis offensive in eastern Syria has been towards Deir Ezzor, where it has defeated the Jabhat al-Nusra and Ahrar al-Sham groups. They say they are out-gunned and outnumbered by Isis, which by one estimate has 10,000 fighters in Syria. Its morale is high, it is well financed through plundering banks and through the capture of oil wells in north-east Syria. Isis has been successful in winning the allegiance of tribes, which are strong in Deir Ezzor and Raqqa provinces, by allocating to them oil production from different wells that can be sold on the black market.

Isis has been engaged in a “civil war within the civil war” since the start of the year in which it battled the rest of the Syrian armed opposition, jihadi and non-jihadi. Up to 7,000 fighters may have been killed in this fighting. Isis, which has always been well-led militarily, withdrew from Idlib province, Aleppo city and northern Aleppo province earlier in the year, a retreat misinterpreted as a sign of weakness by other rebel groups, but apparently a tactically astute manoeuvre to concentrate its forces.

Fresh from success in Iraq, Isis is now counter-attacking strongly and, having taken Deir Ezzor, may seek to move back into Aleppo city from its base at al-Bab in east Aleppo province. Meanwhile, government forces in Aleppo city have been advancing against weakening rebel resistance and may soon have isolated the rebel-held districts. The Syrian army and Isis may then confront each other as the only important players left in the civil war.

The Syrian opposition has always claimed that Isis and Syrian government forces have had a sort of de facto ceasefire and hinted at undercover links. This was mostly propaganda, though regurgitated in Washington, London and Paris, but it is true that since Isis helped to take Minnigh air base north of Aleppo last summer, it has mainly fought other rebel groups. When President Assad and al-Baghdadi do confront each other, the West and its allies will have to decide if they will go on trying to weaken the Syrian government.