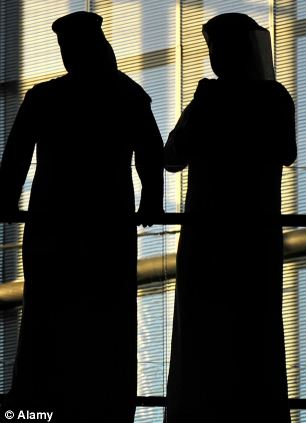 Twin sisters aged 16 may have travelled to Syria to become jihadi brides, it is claimed.

The British citizens crept away from their home in the middle of the night and boarded a flight to Turkey.

The girls’ distraught parents raised the alarm after finding their beds empty when they went to wake them for college.

Police discovered their passports and belongings missing and established that they had flown to Istanbul. They alerted counter-terrorism colleagues when the ‘extremely religious’ pair contacted  relatives to say they were in Syria.

Officers are investigating how the girls paid for the trip – amid fears that it was bankrolled by jihadi fighters in the Middle East who want them as their wives.

It is thought the sisters, who have nine siblings, travelled to Syria after an elder brother went there to fight for Al Qaeda-inspired militants ISIS.

Mohammed Shafiq, the head of Muslim group the Ramadhan Foundation, said their ‘moderate’ parents were shocked.

He added: ‘I’ve spoken to the mosque where the family worship and others in the community where they live and people are saying they are a decent family. We know they have gone to follow their brother, but they are putting themselves in danger and I’m sure that the moment they arrive in such a savage country they will regret it.’ Sources said it was unlikely women would be recruited to fight and becoming jihad brides was the most likely scenario.

They admitted there was a risk they were being groomed as suicide bombers.

‘We’ve seized their computers and not found any videos or statements of intent, but are not ruling anything out,’ the source said. The sisters, who fled ten days ago, are of Somali origin and go to a sixth form college in Manchester, where the family is thought to have moved ten years ago.

He said: ‘We’ve got some information about girls trying to get to Syria and some we believe may have gone out there on the idea of being a jihad bride. So there are a number of absolutely perverted messages which can brainwash impressionable young people and parents are feeling  desperate about this. It’s a bit like parents agonising about youngsters getting  into street gangs or drugs, but the  consequences are far more extreme.’

Greater Manchester police said they had a ‘line of contact’ with the girls and were working to bring them home.

‘The family are very worried,’ a spokesman said. ‘We don’t know exactly where they are but their parents are obviously very keen to have them returned home.’ Calls: ISIS leader Abu Bakr al-Baghdadi, issued a plea for the world’s Muslims to ‘obey’ his quest for domination

As many as 1,500 Britons may have travelled to Syria to fight. A number have posted messages online promising to use their ‘terror skills’ if they return to Britain.

On Friday, reclusive ISIS leader Abu Bakr al-Baghdadi made a rare appearance to order all Muslims to ‘obey’ him. A video of his sermon at the Great Mosque in Mosul, Iraq’s second city, went viral on jihadist websites. David Cameron has warned that jihadis returning to the UK after fighting in Syria and Iraq are ‘the most serious threat to Britain’s security there is today’.

Mr Shafiq said: ‘ISIS is a barbaric and evil organisation, which has no regard for human life and is contrary to Islamic teaching, and we urge people not to go out there to fight with them.’

Nawal Msaad, 26, was the first British woman charged with terror offences over the Syrian conflict. Msaad, of north London, was arrested at Heathrow in January as she tried to board a flight to Istanbul with €20,000 wrapped in cling film in her underwear.