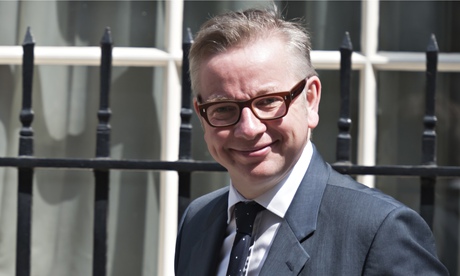 Michael Gove has called for a “robust” defence of liberal values in the face of the challenge from Islamist extremists.

The education secretary said it was essential that extremists were denied a platform in schools and other public institutions to push their agenda.

Speaking on BBC1’s The Andrew Marr Show, Gove defended his decision to appoint the former Scotland Yard head of counter-terrorism to lead the investigation into the so-called “Trojan horse” plot by Islamists to take over schools in Birmingham.

“If liberalism is to survive – and I believe liberalism is the way in which we approach these issues, liberal values are our best protector – we need to be robust.

Gove acknowledged that his decision to appoint Peter Clarke, formerly the country’s top counter-terrorism officer, to head the Trojan horse inquiry had been controversial, but said he believed it was correct.

“The view that I took was that if you have a police officer of unimpeachable integrity to do these investigations, if people at the end of this process are cleared, given a clean bill of health, that is the most effective way of ensuring that public confidence can be restored,” he said.

He said the inquiry had raised important questions – including for both the Department for Education and the local authority in Birmingham.

“There are questions for the local authority and my department– the Department for Education – about what was known and what was done.”

Gove, who has previously clashed publicly with the home secretary, Theresa May, over the government’s handling of the issue, went out of his way to praise her.

“No home secretary has been as vigilant in dealing with the terror threat as Theresa May,” he said. “I think she has done a very good job in this area.”