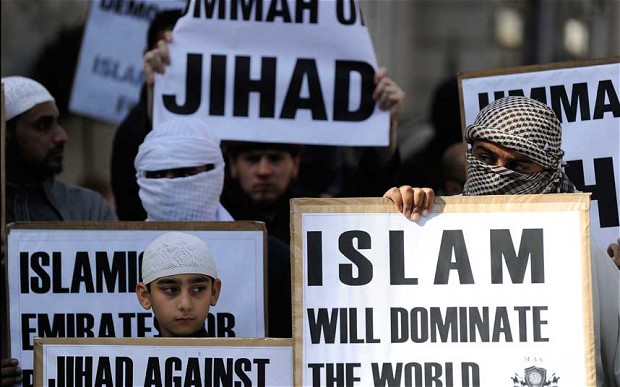 Tomorrow marks the ninth anniversary of the 7/7 bombings in London, in which 52 civilians were killed and more than 700 injured. I vividly recall the first reports of a “power surge” on the Tube reaching The Sunday Telegraph newsroom – and then the sickening reality dawning upon us by stages that the capital, still celebrating the previous day’s news that it was to host the 2012 Olympics, had been struck by a serious atrocity.

Tony Blair did his best to continue hosting the G8 Summit at Gleneagles while leading the country in grief and resolve. Less than a month later, he declared: “Let no one be in doubt. The rules of the game have changed. If you come to this country from abroad, don’t meddle with extremism, because if you do, or get engaged with it, you are going to go back out again.”

Nine years on, David Cameron’s Government is still struggling with the implications of that statement, tangled in the poison ivy of the European Convention on Human Rights and the controversies spawned by every attempt to define “extremism”.

And – despite occasional assertions to the contrary – the terrorists have not retreated, or been vanquished. On the eve of a bleak anniversary for London, its airports – and other airports handling Atlantic flights – have imposed a security clampdown at the request of the US authorities. In this instance, the Department of Homeland Security is acting upon intelligence suggesting a link between foreign fighters in Syria and the group operating in the Yemen, al-Qaeda in the Arabian Peninsula (AQAP).

Strategically, Islamic fundamentalism is awesomely adaptive, as resourceful in its use of digital propaganda – look at the flashy videos produced by the Islamic State of Iraq and the Levant (Isis) – as it is geographically mobile. It is one thing to target a training camp. Quite another to tackle a downloadable ideology, available on any laptop or smartphone.

The proximate cause of the present crackdown is a senior AQAP operative, Ibrahim al-Asiri, also known as Abu Saleh, a Saudi national and notoriously skilled bombmaker. Al-Asiri’s specialism is the construction of explosive devices using non-metallic components that evade airport detection machines. He was notoriously responsible for the underpants bomb worn by a young Nigerian man that failed to detonate on a Northwest airlines flight in 2009.

While Western wits sniggered at the idea of “boxer shorts that go bang”, al-Asiri pursued his researches relentlessly and is believed by several intelligence agencies to have made considerable technical progress. He exemplifies what John Reid, the former home secretary and one of the most intelligent occupants of that office, called the “fascist individual” – the new threat to our era, as Reid saw it, just as the fascist state imperilled the 20th century.

These antagonists work ceaselessly to exploit the structural frailties and loopholes of the Western system; to prove that their patience and ingenuity will always, sooner or later, defeat whatever measures we take to protect ourselves.

What is certain is that Syria is now the hub of global Islamist exchange – a bloodstained souk for terrorist tradecraft. Since the uprising against Assad began in 2011, there has been a steady stream of young British Muslims heading to the Levant to train as holy warriors and to undergo a rite of passage that will transform their status when they return to their radical groups in the UK.

Apart from anything else, it is easier to get into Syria than to make the long journey to Pakistan and thence to the Afghan borderlands – formerly, the principal home of these terrorist finishing schools. The aspirant British jihadi now sets off for Syria – often via Lebanon – to do what he sees as his Koranic duty.

He also makes contact with brother-fighters from all over the world. And it is this which troubles those engaged in counter-terrorism: the strengthening of a supply line between groups such as al-Asiri’s and smaller cells in this and other Western countries: a fizzing cable of human capital, knowledge and technical know-how.

These preparations for fresh terrorist attacks show how ridiculous is – and has always been – the claim that Islamist violence is a direct consequence of “Western foreign policy”. It is true enough that the fundamentalists object to “the Crusaders” and their military actions. But they also object to the West’s refusal to embrace sharia; to the fall of the caliphate; to the freedoms enjoyed by women and gay people in the West; to music (in the case of the Taliban); to Jews; to pluralism; to movies, television… and much, much else.

For Islamists, all war is “culture war”. To perceive their mission as simply a defensive response to military interventions is both historically illiterate and morally pusillanimous. Those who blamed the Iraq War for the 7/7 attacks missed the point spectacularly.

Indeed, if there is any connection between Western military action and the level of Islamist terror, it suggests, tentatively, a contrary trend. The 9/11 atrocities followed a period of relative inaction by the West, and certainly reflected al-Qaeda’s belief that the US was, in Osama bin Laden’s famous image, “a weak horse”.

One struggles to link al-Asiri’s apparent ambitions to a specific act by the West. Indeed, if anything, neo-conservatism and liberal interventionism are in general retreat. Barack Obama remains wedded to the principle that his presidency will be remembered for “ending wars, not starting them”.

The Commons vote against action in Syria last August was, in my view, a shameful moment. But it certainly chimed with a growing mood of isolationism and disengagement in this country and across Europe. Nigel Farage’s most reliable applause line was: “None of our business! None of our business!” Whether such rhetoric means very much in a globalised, interdependent world is open to question. But it certainly reflects the mood of the times. Ibrahim al-Asiri has no need to fear a fresh wave of “crusaders” marching towards him.

Even so: he still wants to kill us all. It has been bitterly ironic during the events to mark the centenary of the First World War to hear so many discussions about the errors made in the prelude to July 1914 and the failure during the conflict to understand its sheer novelty and the futility of applying old answers to new questions. In 2014, we are making mistakes that are grimly similar – refusing to acknowledge that this is a quite different form of battle, fought intermittently on many fronts, requiring stamina and patience of a sort that modern culture hardly encourages.

How much easier to dismiss the man in the hills of southern Yemen, laugh at the exploding underwear, and forget the whole thing. Meanwhile, like Conrad’s Professor in The Secret Agent, always armed with an explosive device “in a thick glass flask” to be detonated by an India rubber ball in his right hand, al-Asiri marches on: “He had no future. He disdained it. He was a force. His thoughts caressed the images of ruin and destruction.”