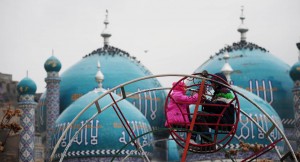 KABUL—In the minds of most Americans—and perhaps most members of Congress, too—the war in Afghanistan is already long since lost. Spasms of violence like Thursday’s attack on the Serena Hotel in Kabul, a popular haunt for Western expatriates, only seem to underscore the country’s ongoing fragility after more than 12 years of frustrating, grinding conflict. And periodic anti-American eruptions from Hamid Karzai, Afghanistan’s often difficult president, have made it harder still to persuade the U.S. public that things here are better than they seem from afar.

The bottom line is this: There are some areas of particular concern in Afghanistan—no question. I’ve just spent a week there, on a trip sponsored by the U.S. military, after many previous such trips in the past, and it’s still very much a land at war. But the overall military picture is fairly good. Afghan forces now constitute 85 percent of all coalition forces, lead 95 percent of all operations and take more than 95 percent of all coalition casualties, according to U.S. and NATO figures—yet the enemy is not gaining momentum. And as Afghans prepare to go to the polls to elect Karzai’s successor in coming weeks, and as a new fighting season begins, with NATO forces two-thirds of the way through their drawdown, Afghanistan is doing far better than most critics imagine. A clockwise sweep of the country, starting with Kabul in the country’s central/eastern region, shows why.

Kabul: The Afghan capital, far and away its largest city, is safer than ever by most measures. Of course, not all is well. In addition to the Serena attack, a popular Lebanese restaurant was bombed this past winter and many expatriates killed; a Norwegian journalist was recently murdered in cold blood on a street by a fringe insurgent group. But for the local population, the danger posed by insurgents is not the major worry in their lives. Traffic is teeming; the city has never been barricaded the way Baghdad was; violence rates are down by roughly half over the last couple years. Most “spectacular” attacks that grab international media attention amount to a few insurgents firing a rocket-propelled grenade someplace or brutally murdering a few innocents before getting themselves killed by Afghan forces—as just happened at the Serena. These can be tragic, to be sure, but fears that the Taliban would be storming Kabul’s gates have proven overblown.

Jalalabad and the northeast: Going east from Kabul toward Peshawar, Pakistan, via the famous Khyber Pass, the situation is mixed. There were positive developments during the U.S.-led surge but criminality and some degree of Taliban activity have picked up a bit of late. In the mountainous zones of Kunar and Nuristan, small terrorist redoubts persist (though with no more than a few dozen estimated al Qaeda core fighters). This area bears watching over the 2014 military campaign, as the modestly negative trend line of 2013 will need to be checked, given the importance of Jalalabad and the main road to the nation’s economy.

Khost and the southeast: This area is holding fairly steady. It is still violent, still plagued by the operations of the Haqqani network operating from bases just across the border in the mountainous tribal areas of Pakistan. Khost and its surroundings have never been cleared of insurgents as thoroughly as parts of the south have been, due to a smaller density of coalition forces during the surge of 2010-2012. But Afghan forces have built up layered defenses from Khost toward Kabul, and the ring road going from Kabul to Kandahar through this region as well as the major regional road to Khost are generally usable.

Kandahar: Here is the really good news. This major southern Afghan city and original homeland of the Taliban is much improved. It is safer today than at any time in nearly a decade. Rates of violence are again down by more than half in statistical terms, with the improvement speeding up in 2011 and 2012 and continuing since then, even as NATO forces have cut back. Former insurgent strongholds in places like the Arghandab Valley are firmly in government hands. The province as a whole, including the border city of Spin Boldak near Pakistan, is open to commerce, and traffic is heavy along the ring road . Coalition forces in this area are down to not much more than 5,000; Afghan troops totaling some 45,000 army and police forces are doing the lion’s share of the work of patrolling, maintaining checkpoints and attacking those Taliban fighters who still dare make attempts on the region.

Helmand: Moving west from Kandahar to what is still very much the opium poppy capital of the world, the picture is admittedly mixed. Parts of northern Helmand province have seen their security decline as the Taliban mount attacks on cities and roads and seek to reclaim a key part of their former main operating space. Cities to the south, like Marja and Garmsir and Lashkar Gah, are still quite safe, but other places such as Musa Qala and Sangin, which were secured by U.S. Marines and British soldiers and Afghan troopers at such heavy cost in blood in recent years, have fallen back into partial Taliban control. Thankfully, the damage is localized so far, but the trend line bears watching.

Herat: Afghanistan’s major western city has never been at the vortex of the conflict, but it has seen violence, and the situation has deteriorated in some areas. The city itself has improved by statistical measures of war-related violence over the last two to three years (for example, there were 13 percent fewer total enemy attacks in Herat over most of 2012 relative to the same period of 2011—the last years for which NATO had enough force density in the area to allow apples-to-apples comparison), but some nearby districts are suffering from greater insurgent threats in recent months. This is still hardly the hotbed of the insurgency, but it too bears watching.

The north: Moving clockwise and eastward from Herat back to Kabul, the picture is generally good. Security in the main northern city of Mazar-e-Sharif has improved, with violence declining perhaps 75 percent over the past two years. Trade across the border into other parts of Central Asia is robust; on my trip there last year, we were in constant dense traffic on the ring road, and by all accounts that continues. Occasional Taliban assassinations in places like Kunduz continue occasionally, but the spike in high-profile killings that worried NATO and Afghan officials two to three years ago has not intensified. This part of the country is doing well.

Put it all together, and there is some decline in security in parts of Afghanistan’s east and the far west, as well as in northern Helmand province—areas collectively containing less than 10 percent of the country’s population. Other parts of the east remain dangerous but no worse than before. Most major cities, never as violent as many urban areas in Latin America or Africa even at the worst of the war, have improved further even as NATO troops have pulled back and downsized.

The years 2014 and 2015 will present huge challenges, of course, as Afghan forces take an even bigger share of the country’s total security responsibility. Taliban attacks on election day, April 5, can be expected, and other high-profile violence will no doubt break out sporadically throughout the year. And it is clearly regrettable that we have to talk about a strong insurgency so many years into this conflict, with modestly more civilian deaths in 2013 than in past years, according to U.N. estimates. That said, Afghan security forces are doing better than almost anyone expected. They still need NATO’s help, but far less than before. This war may not be won in a classic sense, but it is also surely not being lost.