Home  »  Original Articles   »   Someone is ready to admit -by Dr. Prince Ali 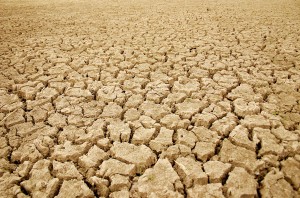 Few days back one of my colleagues made a blunder at the hospital regarding patient management. A diagnosed case of Prostate tumor was admitted in the ward that was operated in the morning. Later in the afternoon consultant called my friend and asked him about the patient’s status. My friend confidently updated, that the patient’s output is positive! After answering the call my friend realized that he has done something wrong.

He went to the wards to check the patient’s file and there he nearly fainted as the file record was totally opposite! For a moment he thought that he should change the record and escape the situation in which he may get into. But just in the next moment he realized that by changing the record patient’s care would be at stake. Immediately, he called the consultant, apologized and informed him the correct status. Later, when the consultant visited in the evening he encouraged my friend’s courage for speaking the truth regardless of the severe consequences and quoted a saying: “A man must be big enough to admit his mistakes, smart enough to profit from them, and strong enough to correct them.”
This character of admitting the mistakes and avoiding them in future is a rare entity in our society and near to nowhere in our politics. I remember how Putin of Russia apologized in front of the whole nation on the ‘cinema incident’ which had resulted in dozens of death. But why in our politics people DON’T ACCEPT? Well, of course only politicians could answer this but I assume they are afraid of the reaction! The reaction of media, civil society and most importantly suo moto!

The latest ‘Thar Famine’ has spread grief and sorrows all over the country. Electronic and social media have already questioned Sindh Government a lot and will continue for sure. Pressure was rising and the mercury of emotions was about to burst when in between came a ’25 year old boy’ for the rescue of not only victims but also the provincial government. Remember, that Bilawal Bhutto Zardari is not a minster of Sindh but realizing that he is the leader of the governing party he stepped-in. From his usual platform, Twitter, he gave his statements. Of all his tweets, the tweet of Bilawal that inspired me a lot was; “..Let’s focus on relief now and find and punish negligence after”. Two points are clear in his words. First, it’s the time to work for the betterment of Tharis. Second, there had been negligence!!

Now just hold on for a second and think have you ever seen or heard any politician in Pakistan accepting his administrative failure? I suppose there had been none, at least none in the recent past. What do we generally witness? If u ask our interior minster, Sir was there a security lapse? He would answer that no it was a security guard who was actually a RAW agent that used his gun to attack, blah-blah-blah! If u ask our courageous brave leader, Sir who is responsible for the suicide attack? He would reply that it was the response of American drone attack. (if someone whispers that no drone attacks in recent months then…) It is the third force not allowing the peace process to flourish.

Don’t agree with Bilawal’s politics, speeches or festivals but admit it that he has the courage to speak the truth in spite of the reaction of electronic and social media, civil society and courts!
We should support him and the entire Sindh government till the relief is completed and then we must pressurize him to make sure actions are taken against the culprits whoever they are!

No human on earth can accept any reason whatsoever to defend such a mistake.