Being a daughter of Eve,

I HAVE FEW QUESTION FROM THIS MALE  DOMINATED SOCIETY.

I don’t know how to share the story, it has made me completely speechless.  Till yesterday I was a proud daughter of Eve, but now I am not sure whether I  should be happy of being a female or not? It all started when I was having a wonderful time at my workplace. I was laughing and enjoying the environment of my workplace, but suddenly I noticed a sad face, very quite. She is one of my colleague. I decided to ask her the reason of being sadness; I started talking to her on regular stuff. I tried to find out the reason behind. But somehow I managed to open her heart.

Her name is Aliya. She is a very talented ,pretty and highly educated woman. When she was 18 years old, she was being proposed for marriage by a family. According to her, they seemed to be very decent and respectable people, but was not up to her family’s standard of living. The man was also an educated person and was working as a teacher. Her family preferred the decency and simplicity over money and standard of living and accepted him as their son-in-law. Aliya, being an obedient daughter, didn’t argue and nobody in her family asked for her decision or wish, which is not supported by our religion. Our religion allows man and woman to make the biggest decision of their lives but it is the custom that we are carrying since ages.

After wedding Aliya’s husband and his family started treating her differently. On the first wedding night she found out that her husband was not completely potent. She decided not to share this issue as she was afraid that if she will raise the issue then no one will believe her, especially husband’s family.

On the other side husband’s family started torturing on many different reasons. She wasn’t allowed to visit her family, she wasn’t allowed to continue her studies, however, they agreed with my parents for the continuation of her studies. Her fate was to work like a maid in her house for which she was not ready as she had a different living style in her parent’s home. But she did not utter a word of complain as she was told to adjust in her in laws family, which is a very common advice in our society from every parent.

One day her father passed away father passed away who was a very strong support to her. She became more conscious about her life that not a single bad happening should be known to her mom. Her mother continued her monetary support. Suddenly they started to abuse her physically because she couldn’t have baby which wasn’t her fault. Nobody questioned her husband. Then one day her brother in laws took advantage of her quietness, and tried to have a physical relationship with her. Her life became hell she couldn’t say a single word to anyone.

But one day she gathered courage and opened her mouth in front of her husband .But what happened was expected but in this way that instead of supporting her and saving her from those people he back fired her and told her to remain quiet. Somehow her mother in law came to know about this and she asked Aliya’s to leave the house and in the middle of the night she went to her mother’s place. After few years of torture she told everything to her mother and she couldn’t bear the situation of her daughter and passed away in week due to cardiac arrest.

She filed divorce and decided to continue her education.

My question is why do we the women have to suffer due to such custom which is not even part of our religion. Therefore, I decided to raise the voice for such women by sharing their stories. 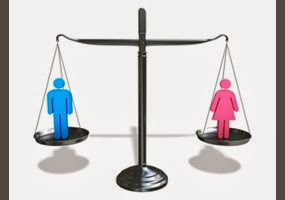