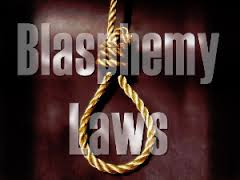 Mohammad Saqib, a mentally challenged person who claimed himself to be a prophet, was brutally attacked by a prisoner on death-row in the Central Jail in Gujranwala a few days ago. An inquiry into the matter has been initiated.
The attacker got hold of an iron rod when he heard some allegedly blasphemous remarks from the victim, a senior jail official tells The News on Sunday, adding the victim is stable now.

Some locals accused Saqib of uttering blasphemous remarks and lodged a case against him about six months ago in Lahore. They handed him over to the police. Later, a local court declared him mentally-challenged and acquitted him.

Soon after his release, he again supposedly uttered such blasphemous remarks, attracting another police case by the locals. This time he was sent on judicial remand to the Gujranwala jail where he faced this attack which nearly killed him.
Attacks on blasphemy accused while in jails and in police custody have a long history. In 2003, Samuel Masih was booked for blasphemy and was later killed by a constable in police custody. In 2009, the Gujrat police arrested publishers of an allegedly blasphemous book. A few days later, a guard killed one of them in police custody. In 2009, Fanish Masih arrested in Sialkot was killed in jail a few days later. Yousuf Ali was charged with blasphemy in 1997, sentenced to death but prior to execution was shot dead in jail in 2002.
The National Commission for Justice and Peace (NCJP), working for the rights of the minorities, in one of its published reports reveals that 1,058 cases of blasphemy have been registered in the last 25 years.

While between 1927 and 1986, only seven cases of blasphemy were registered in the subcontinent.
The unending saga of the controversial blasphemy law and its misuse to settle personal scores in Pakistani society has been going on for the past three decades — mainly after the promulgation of amendments in the Pakistan Penal Code in 1986 that announced strict sentences during Gen Ziaul Haq’s reign.
“There is dire need to revisit and review the blasphemy laws. As many as 52 are extra-judicial murders on charges of blasphemy,” says Peter Jacob, who has been heading the church-run NCJP for many years.

According to data collected by different non-government organisations, at least 32 cases have been reported to police this year. Out of them 12 involve Christians, 16 Ahmadis and 4 Muslims.
In May this year, Lee Ping, the administration manager of a Chinese consortium, building a hydropower project, was accused of desecrating the Holy Quran by a Pakistani worker. He had allegedly thrown a copy of the Quran while moving the belongings of a Pakistani doctor who had refused to vacate his room.

Later, the authorities cleared him of the charge.
Last year, a young girl Iqra Nadeem, who has now moved to Germany, wrote a book on this critical issue after she was deeply moved by the tragedy of Gojra in 2009, where a Christian colony was set on fire in central Punjab. In reaction, people from extremist groups have been protesting against her book which mainly contains the history of blasphemy and urges dialogue between the majority and minority. Her book highlights the misuse of blasphemy laws; she holds that local clerics aggravate the issue and use the blasphemy laws to settle personal scores.

The World Council of Churches (WCC) held a discussion in Geneva last year after an 11-year-old Pakistani Christian girl Rimsha Masih was detained on accusations of desecrating the Holy Quran.
“There is no relief or reduction in the number of blasphemy cases. Sadly, it has become a profession of certain elements to lodge such cases,” says I.A. Rehman, Secretary General Human Rights Commission of Pakistan, adding, “These elements are in the business of lodging such cases without proper investigation to gain cheap popularity.”
According to him, “The issue of blasphemy laws is neglected. There is no dialogue on the issue and it has negative impact on religious minorities and marginalised sections of society.”

The human rights bodies maintain that blasphemy laws in Pakistan are in conflict with the Universal Declaration of Human Rights, especially with Article 7 which calls for equality before the law and protection against discrimination; article 19 which talks about freedom of opinion and expression; and article 18 which guarantees freedom of thought, conscience, and religion.

These controversial laws are contradictory to Articles 2, 3 and 4 of the Declaration on the Elimination of All Forms of Intolerance and Discrimination Based on Religion and Belief, which clearly prohibits religious discrimination. Blasphemy laws are also against Articles 2 and 4 of the Declaration on the Rights of Persons Belonging to National or Ethnic, Religious and Linguistic Minorities that seek to protect fundamental freedoms “without any form of discrimination” and the right to freely “profess and practice their own religion”.
The UN Special Rapporteur on freedom of religion or belief has suggested that this piece of legislation is discriminatory and often abused.

Rehman sees the state and government is not taking action against such elements or initiating discussion and review on the blasphemy laws. “They want to keep this issue under the carpet,” he says. “Our governments have never paid serious attention to such issues. Sometimes it seems the police officials have the tacit approval of higher-ups to attack the blasphemy accused even in their custody. The government has not shared the inquiry report of burning of Joseph Colony in Lahore few months ago”.