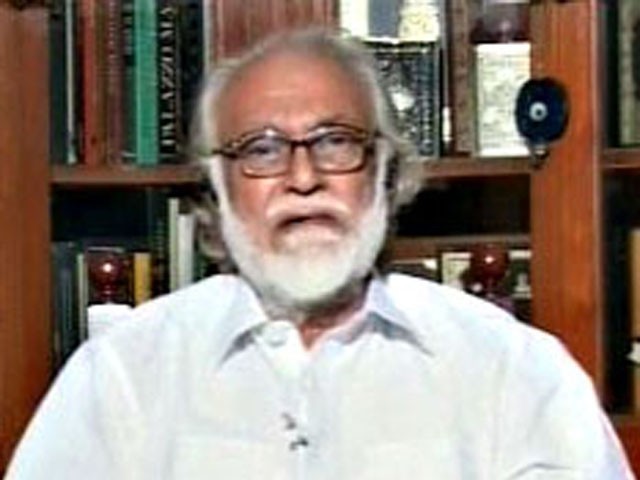 Sardar Asif Ahmad Ali Sahab was guest in of Hina Malik in the program ‘The Right Angle’ aired on August 11, 2013. I started watching Sardar Asif very enthusiastically. I think he is intellectual who speaks up his mind truthfully. However it was disappointing. I am not sure if he was misinformed on unintentionally confabulating. I think many of the things he narrated as facts witnessed by him, cannot be true. Correct me if I am wrong.

As big the personality is so grows the myth. “I don’t know what he is saying but he is speaking the truth”. (Samajh te naiN aaya par kehnda sach aye). This is a common phrase has been attributed about Jinnah’s speeches that how illiterate people were drawn despite not understanding the English.We read, listen to and watch many people say on TV. I don’t know who those two Babas were who were present at so many places where Jinnah went. Sometimes a historian narrates how he met them on Macleod Road. Other times that is attributed to a Tangawala. Each and every time, so many different people heard them utter the exact same dialogue at various gatherings. Sardar Asif is the latest addition to such unending list of people. Now Sardar Sahab was born in 1940. He was a kid then. It is likely that he also attended the Jalsa. However being son/nephew of Member of assembly what are the chances of him being amongst the commoners and not being with “shuraafaa”?

It was we who made creation of Pakistan possible.

Sardars Sahab is in habit of saying that had it not been his family’s two votes in united Punjab, Pakistan could not have been created. Total number of Punjab Assembly members was 174. League had 78 members in pre-partition Punjab assembly. However there were some reserved seats also like those of Anglo-Indians, Europeans etc. League was never a majority party in Punjab assembly. In July 1946, League tabled no confidence motion against Khizar Hayat Tiwana government. On 19th of July no confidence motion was defeated with 88 votes against and 80 in favor. Two of the coalition votes were not cast.

Congress had passed a resolution in early 1947 asking for partition of Bengal and Punjab in case of division of India. After June 3rd plan was announced, Punjab Assembly voted on two resolutions on June 23rd 1947. He seems to have been talking about that.

First vote was whether Punjab would join India or Pakistan in case Punjab was to remain united. In that, 91 members voted for Pakistan and 77 voted to join India. Out of those 91, 88 were Muslims, two were Indian Christians and one was Anglo-Indian. Amongst those 88 votes, 80 were of League and 8 were of Unionists, including that of Shaukat Hayat Tiwana. So his claim is not true that it were his family’s two votes which decided the fate of Pakistan. It was not even vote of Pakistan or no Pakistan. Creation of Pakistan was a fate accompli. It was whether Punjab was to be part of Pakistan or not. Even in that vote, difference was of 14 votes and not of Mr. Singha’s deciding vote, as he claims.

After the first vote, second vote was balloted. It was if Punjab was to be partitioned or kept united?

Other thing Sardar Sahab mentioned was that Jinnah addressed the nation and asked to take half of the usual amount of food. I am not sure if it is true either. Quaid did talk about food shortage while addressing the constituent assembly on August 11th.  However when Pakistan was created, cabinet ministers pay was either 3500 or 4000 Rs. Per month. It was a huge sum at that time.  Quaid e Azam drew only symbolic one rupee though. Months later it was decreased by 500 Rs. i.e. 3000 per month. I don’t think he was such a hypocrite to ask nation to eat half the meal and still allow such extravagant salaries.