Jang Group’s senior “tajzia nigar”, Saaleh Zaafir, who is lovingly called “Duffer” at LUBP is known for his incorrect reporting and also uses his position as a senior journalist to extract personal benefits from those in power. He can be seen hanging around prime ministers on foreign trips and is known to use his connections on a frequent basis. His wife who is a grade 17 officer, has been granted a residence in the vicinity of Margalla Road in Islamabad, which is the most upscale locality in the capital. How can a lowly paid journalist belonging to a newspaper which is known for not paying salaries on time gets to live in posh locations, is beyond my comprehension. 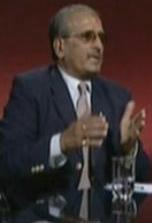 Coming to his “tajzia” titled “Parliament Diary” on July 31, 2013, Saaleh Duffer has given an innuendo laden analysis on the election of Mamnoon Hussain as the next president of Pakistan. While his intention of getting dearer to the incoming president is understandable, the beginning of his tajzia is nothing but contempt and implication for the sitting president. He starts with:

He has it seems called President Zardari a man with a criminal mind, he speaks bad English and Urdu and implicated him in murder of near and dear. Now that Mamnoon Hussain will be a resident of the President House, angels will bless the highest residence of Pakistan and that absconding convicts will not visit the president house!

Can one ask Saaleh Duffer as to what President Zardari do to him for such a beginning? You took all the benefits from Yusuf Raza Gilani, we guess the President never gave you any importance.

One also needs to ask Jang Group as to what sort of editorial control you have over your journalists. Anything and anything can be printed? Shame on this duffer and the newspaper!