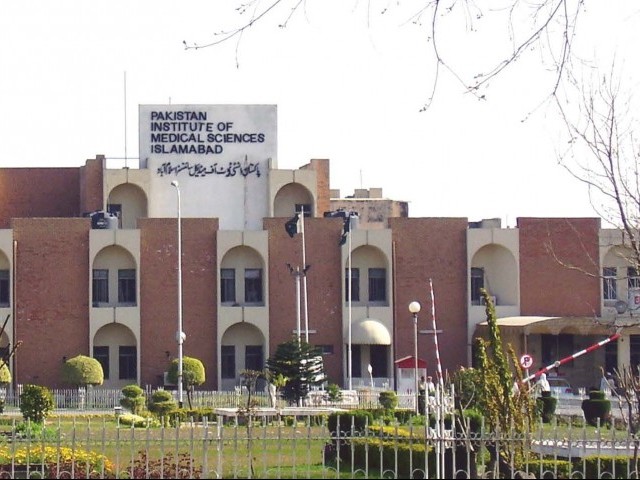 ISLAMABAD, July 4: For patients like Nadeem Ahmed, there is no relief after being admitted to the Pakistan Institute of Medical Sciences (Pims).

It is not because Ahmed is not getting better treatment. Instead, the sweltering heat both in day and nighttimes has made their stay in the congested hospital unbearable as its air-conditioning system is not working.

“The air conditioning and ventilation system is not operative and I am in severe pain,” said Ahmed, who is under treatment at the neurological ward of the hospital with symptoms of sporadic episodes of severe migraine.

“I have requested the nurses a number of times to address the issue but to no avail,” added the patient.

Besides Ahmed, over 1,600 indoor patients suffer the agony on a daily basis since the heating, ventilation and air-conditioning (HVAC) system at Pims is out of order for the last over six years. Even the new government of the PML-N is yet to address the issue.

“We have installed air conditions with the help of the Pims administration in the rooms of a few doctors. But we have no resources to provide relief to the patients and the doctors treating them,” said an official of the administration department.

He admitted that the heat in the outpatient departments and wards was unbearable with temperatures often crossing 40 degrees centigrade.

Asif Niaz, the attendant of a patient at the neurological ward, observed: “My patient remains in pain the whole day and night because of the heat in the congested ward and there is no one to address our complaint.”

The hospital is under the administrative control of the Capital Administration and Development Division governed by the Cabinet Division which is headed by the prime minister.

However, when contacted, Dr Iqbal Memon, the administrator of Pims, maintained: “Three PC-Is were sent by my successors to the federal government over the last five years, but there was no response.”

He added that recently he also forwarded a new PC- I to the government for upgradation of the HVAC at a cost of less than Rs100 million.” He said Pims had the capacity of accommodating 1,140 patients. “But we have increased the number of beds to cater the ever-increasing load since the government has asked us to provide all possible facilities to the patients.”

Once the patient load increases, naturally, heat and humidity in the wards also goes up. The HVAC system is out of order and all we can do is to wait,” said the administrator.

Dr Memon expressed the hope that the federal government would approve the HVAC upgradation plan to give relief to the patients.

Despite repeated attempts, federal government spokesman Senator Pervez Rashid could not be contacted for comment on the matter.